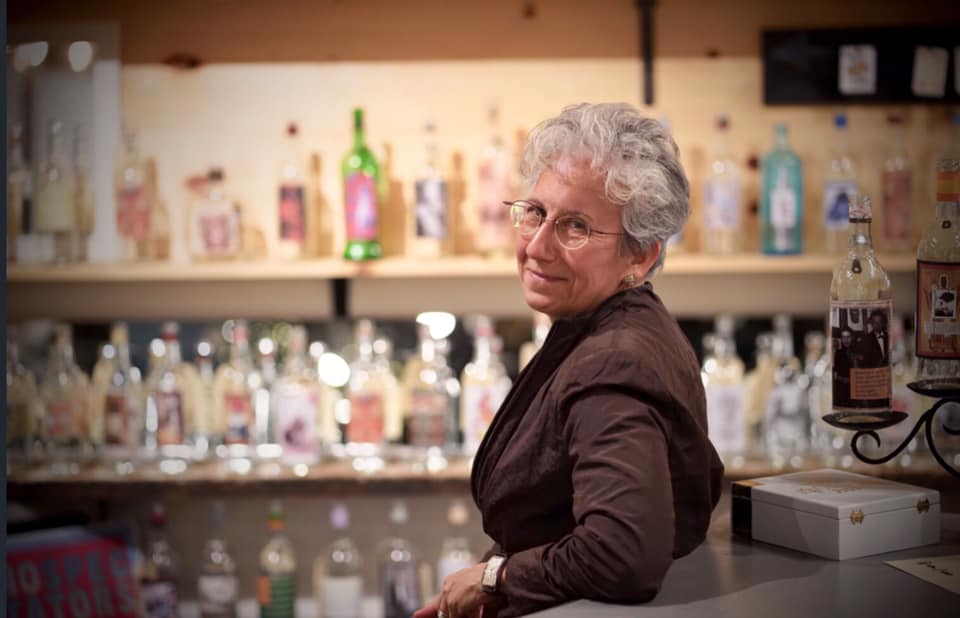 Levine was a behind the scenes mover and shaker who got stuff done.

The University of South Florida St. Petersburg is saying goodbye to one of its top executives and a fearless advocate for the school, its students and faculty and staff.

“Helen has been a tremendous asset to the University of South Florida. Her presence on our campus and her advocacy for the university, the city and the county has been nothing short of phenomenal,” Regional Chancellor Martin Tadlock wrote in a letter to staff.

“She has helped the university navigate through some of its most challenging times and served as my proverbial ‘right arm’ since I assumed the role of Regional Chancellor.”

Levine was a regular figure in Tallahassee during each Legislative Session and in committee weeks. Those within the political process new her as a staunch policy wonk and someone who somehow made notice of every single detail.

Levin not only worked on issues related to USF, but also made herself familiar with various other topics in state politics, a skill which made her a formidable and respected force.

At first, members of the community balked at the idea, worrying it would strip the St. Pete campus of its autonomy. But due in large part to Levine’s work behind the scenes with lawmakers, the consolidation process was amended to ensure protections for regional campuses and its students.

For Levine, it was never about credit. Rarely would her name come up in the media crediting her work.

“I’m proud to have introduced elected officials to the significant work being accomplished on our campus, and to have helped raise our profile throughout St. Petersburg and Pinellas County,” Levine said of her pending retirement.

Levine spent more than three decades working with agencies throughout the state and worked with the city of St. Petersburg and the City University of New York. In all of her roles, she was a master at bringing individuals together regardless of differing backgrounds or ideological differences to further various initiatives.

“She was relentless in not only creating but also delivering on promises made.  In her years at USF St. Petersburg, Helen has been incredibly effective, nurturing and strengthening the relationship between our campus and the ever-changing members of the Pinellas delegation, including Dennis Jones, Charlie Justice, Jack Latvala, Jeff Brandes, Chris Sprowls, Ben Diamond and Chris Latvala,” Tadlock said.

“Under her watch and due to her tireless work with the Pinellas delegation, since 2013, USF St. Petersburg’s total recurring state budget has grown by more than $8.75 million. During that same time, we also received a fixed capital outlay of more than $30 million.”

Those funds helped pay for USF St. Pete’s University Student Center, Lynn Pippenger Hall, which services the still new College of Business and renovations to Davis Hall, one of the campus’ original buildings.

Levine also worked to build connectivity between the campus and community. She arranged annual updates to community leaders including St. Pete City Council and the Pinellas County Commission. Her work on those relationships gave the school greater visibility within the community and helped grow its ongoing success.

“Through her efforts, working with Councilman Nurse, the City changed the name of Second Avenue to  University Way. University Way crosses the expanse of downtown starting at our campus and ending at SPC’s performance hall, the Palladium. It is a daily reminder that young people and higher ed are part of the fabric of our city,” Tadlock said.

Levine was integral in partnerships with the Florida Holocaust Museum and countless local organizations and companies.

“On a personal note, I will sorely miss working with Helen on a daily basis. She has incredibly high standards and gently pushed all of us to be the best possible version of ourselves,” Tadlock said. “She is compassionate, wise and has a tremendous work ethic. She deserves the very best retirement but leaves behind some enormous shoes to fill.”

Added Levine: “During my time at USF St. Petersburg, I was honored to have participated in teams who brought new initiatives, plans, buildings and programs to our campus. However, the most rewarding aspect of my career was the people I met and came to know.”