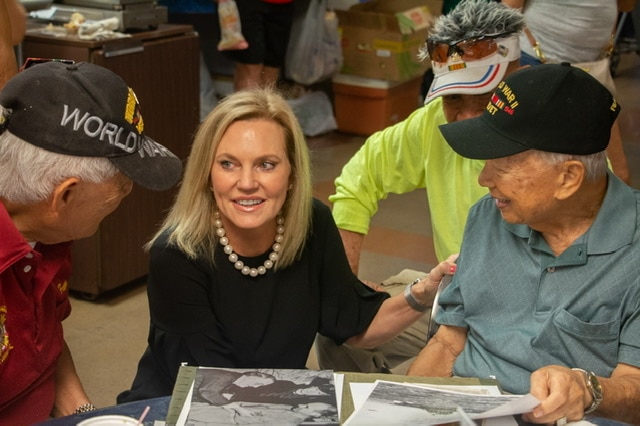 But at least one candidate won't take her money.

Heather Fitzenhagen has turned her focus from running for Congress to seeking a state Senate seat. Now she’s directing money from her federal campaign account to get Republicans elected in Florida.

Fitzenhagen announced she had donated $1,000 from her federal campaign account to her Senate District 27 campaign, the maximum amount allowable.

She also sent $1,000 to Jason Brodeur, a colleague in the state House who is also looking to move to the upper chamber. Brodeur is running to succeed term-limited Sen. David Simmons in Senate District 9, which is expected to be one of the hottest battleground races in the general election.

“I’m using whatever resources I have to stand up for conservative candidates in Florida, especially when Republican leadership groups are sucking up so much money from those vulnerable swing districts to pour into a safe Republican District,” Fitzenhagen said.

That was a clear swipe at the Florida Republican Senatorial Campaign Committee. The political committee, dedicated to making sure Republicans win as many districts as possible, endorsed Fitzenhagen’s primary opponent, Ray Rodrigues, and has spent heavily on attack ads against her.

Fitzenhagen has taken issue with the FRSCC wading into primary politics.

“I’m tired of the backwards, underhanded political dealings and attacks against our own,” she said. “It’s senseless, and come November, I’ll be leading the charge to clean Tallahassee of dirty politics for good.”

“While her attempts to undermine the GOP majority seem to be failing spectacularly, the attacks on Ray Rodrigues have gone beyond the pale,” said Erin Isaac, spokeswoman for Brodeur. Isaac also does communications for Rodrigues and the FRSCC.

The Fort Myers Republican also supported political organizations with which she has been closely aligned. She donated $5,000 to Maggie’s List, a federal group dedicated to electing conservative women. The organization had endorsed Fitzenhagen’s run for Congress.

She also donated $3,956 to Captains for Clean Water, a nonprofit group focused on water quality in Southwest Florida.

“The quality of our water is not a trivial issue, despite the opposition to clean water efforts from my opponent,” said Fitzenhagen, who has characterized Rodrigues as the candidate of the sugar industry.

“The Captains for Clean Water represent a grassroots effort that teaches Floridians to take responsibility for our water, and implores legislators to take action. I have proudly accepted the challenge and hope to continue taking action for our water as a State Senator.”