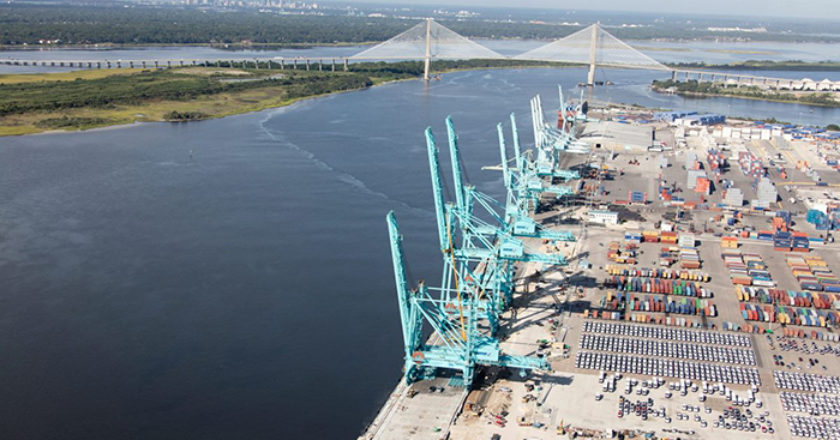 The city of Jacksonville has financed much of its controversial dredging project with federal and state funds, but locals are on the hook in the end.

Mayor Lenny Curry showcased legislation Wednesday committing the city to $35 million in hard costs and another $40 million bridge loan that will eventually be paid back with state reimbursement through JAXPORT. Another $35 million will be earmarked to the project when the city’s FY 20-21 budget is ratified next month.

For Curry, the landmark was worthy of celebration, with a ceremonial bill signing on Zoom.

“I want to thank the City Council members for their unanimous vote,” Curry said.

The deliberation was devoid of drama, with the Council passing the bill on a 17-0 vote.

Curry lauded state and federal partners upon signing the legislation.

While the federal government has committed $191 billion with another $71.5 million coming from the state of Florida, there were no reasonable expectations that the city would emerge without paying a price.

The hope is that the price is worth it. Leaders believe dredging the harbor to 47 feet will make the city more competitive with Savannah and Charleston for Eastern Seaboard ships.

Curry, while hyping the Republican National Convention, noted that the dredging would allow “super yachts” to come to the city.

But his comments were more quotidian and on-message Wednesday, when the Mayor wisely averred from asserting how the dredge would make life just a bit easier for the mega-rich.

In response to reporter questions, Curry discussed concerns about the environmental impact, noting that while they’ve been “debated in this community for years,” the city has the “federal, state, and now local funding and it’s time to get this done and create jobs.”

Curry also discounted concerns about the city financing the project with debt.

“I’ve had five budgets, all five of my budgets have reduced debt,” Curry said. “We’ve used debt wisely and every single year we’ve paid down debt.”

The Mayor pointed to the city’s strong credit rating as evidence that short-term debt loads can be absorbed.

The project is expected to be completed by 2023.

In this article:dredging, Jacksonville, JaxPort, shipping