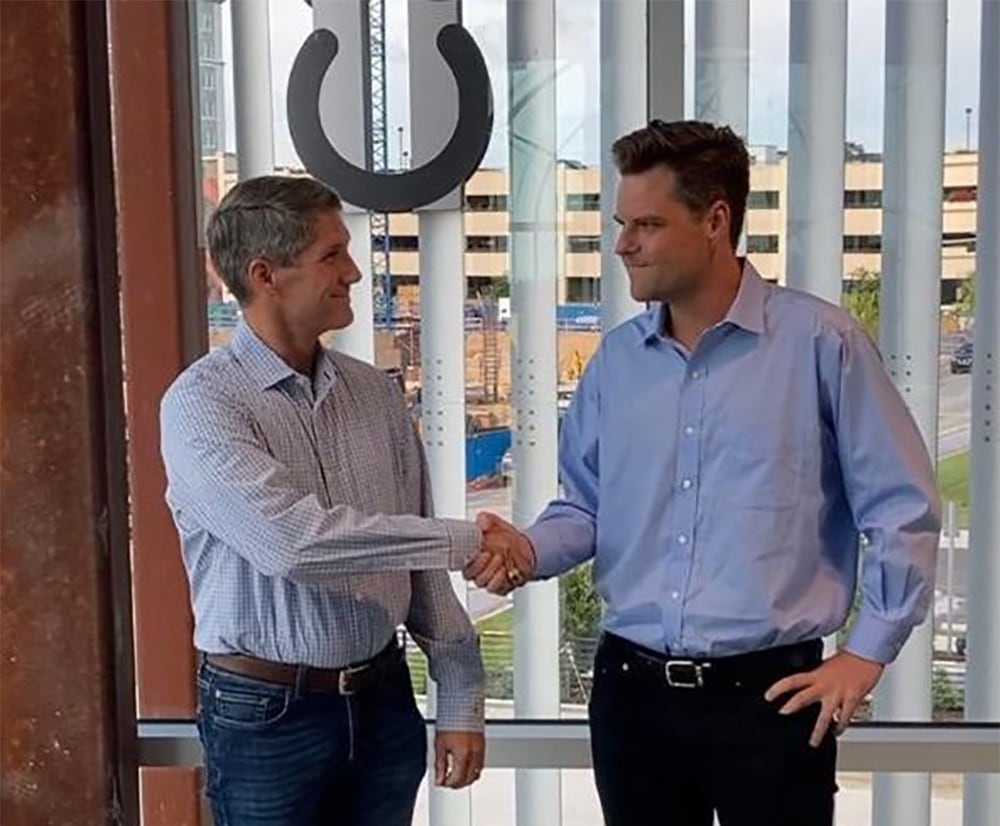 “Scott, thank you for your willingness to step up and run for Congress. I need some backup up there and I hope you can help us."

And today, he is touting the biggest get of them all — the backing of North Florida Congressman Matt Gaetz.

Gaetz, a strong, vocal supporter of President Donald Trump, declared his endorsement of Franklin on Wednesday in the Republican primary over Spano.

“I am honored to be here supporting Scott Franklin for Congress. Scott is a business leader, he has worked in local government in Central Florida, and he answered the call to serve our country in uniform,” Gaetz said at a press event. “Scott is the right person to ensure that President Trump has the strongest possible campaign in the state of Florida and particularly here on the I-4 corridor, some of the most important political geography in America.”

“Scott, thank you for your willingness to step up and run for Congress. I need some backup up there and I hope you can help us,” Gaetz said.

Franklin is running in CD 15 against Spano, who is currently under criminal investigation by the U.S. Department of Justice for possible campaign finance violations. Spano, a former Florida state Representative, has been under scrutiny over funds loaned to his campaign during the 2018 race. Spano initially claimed the nearly $175,000 lent to his campaign came from personal funds.

Later, it was revealed Spano received $180,000 from personal friends — which is a violation of campaign finance laws.