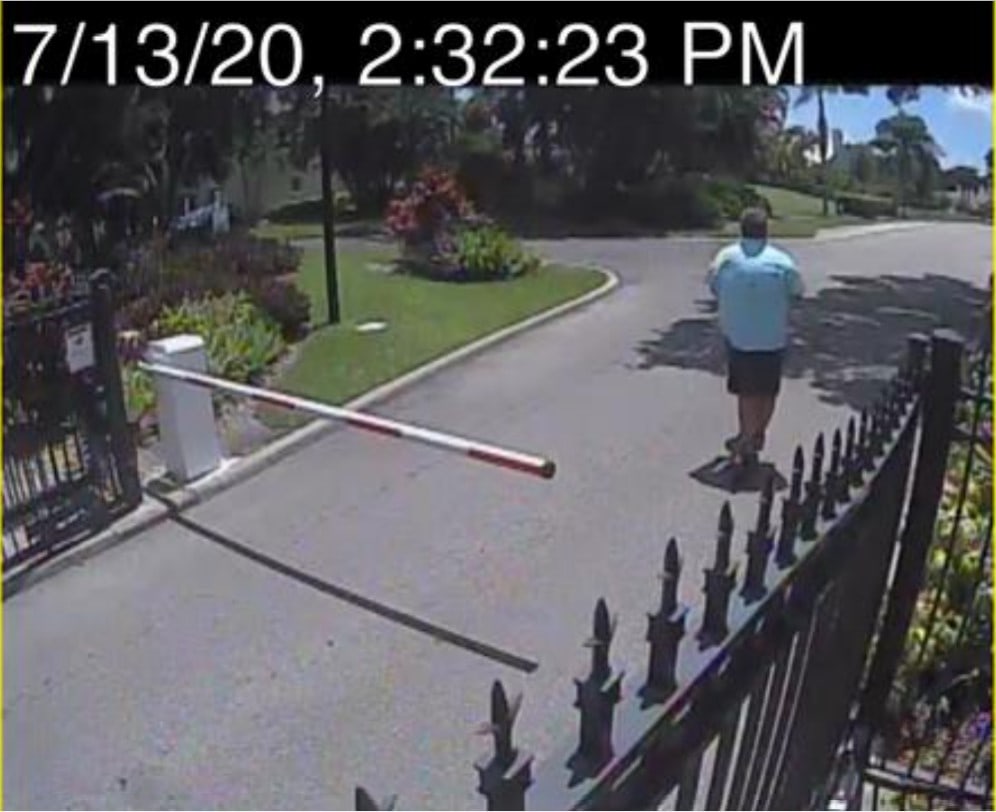 Footage shows him rolling through the back gate on an electric scooter alone.

Surveillance cameras on July 13 caught the Bonita Springs Republican rolling through the back gate of the Forest Country Club on an electric scooter. A week later, Botana was served with a warning from the homeowners association stating he had been permanently banned from the premises.

“You are not a resident or a welcomed guest of the Community, nor a member of the Forest Country Club,” reads a letter from attorney James Robert Caves III. “Accordingly, pursuant to the authority granted to the Association under Florida law, you are permanently banned from the community, effective immediately.”

Botana was served with the notice, and on July 22, the Forest Property Owners’ Association informed the Lee County Sheriff’s Office.

Botana was informed that if he gets caught stepping foot on property again, it will be considered a criminal offense, and the Association will request “prosecution to the fullest extent of the law.”

“I trust that you will govern yourself accordingly,” the letter to Botana closes.

Botana faces Sanibel City Councilman Jason Maughan in the Aug. 18 GOP primary. The race has become increasingly negative in the final weeks, with the candidates running television ads highlighting each one’s past problems with the law.

For Maughan, that includes a 1995 incident where he fired a weapon from a moving vehicle into another car. For Botana, his record includes a DUI and several other traffic citations.

The coastal district includes a number of gated communities, and Botana has posted footage on his Facebook page of himself with voters at doors and video of himself walking through such neighborhoods. Typically, individuals who do not live in gated communities must be accompanied by a resident in order to go door-to-door.