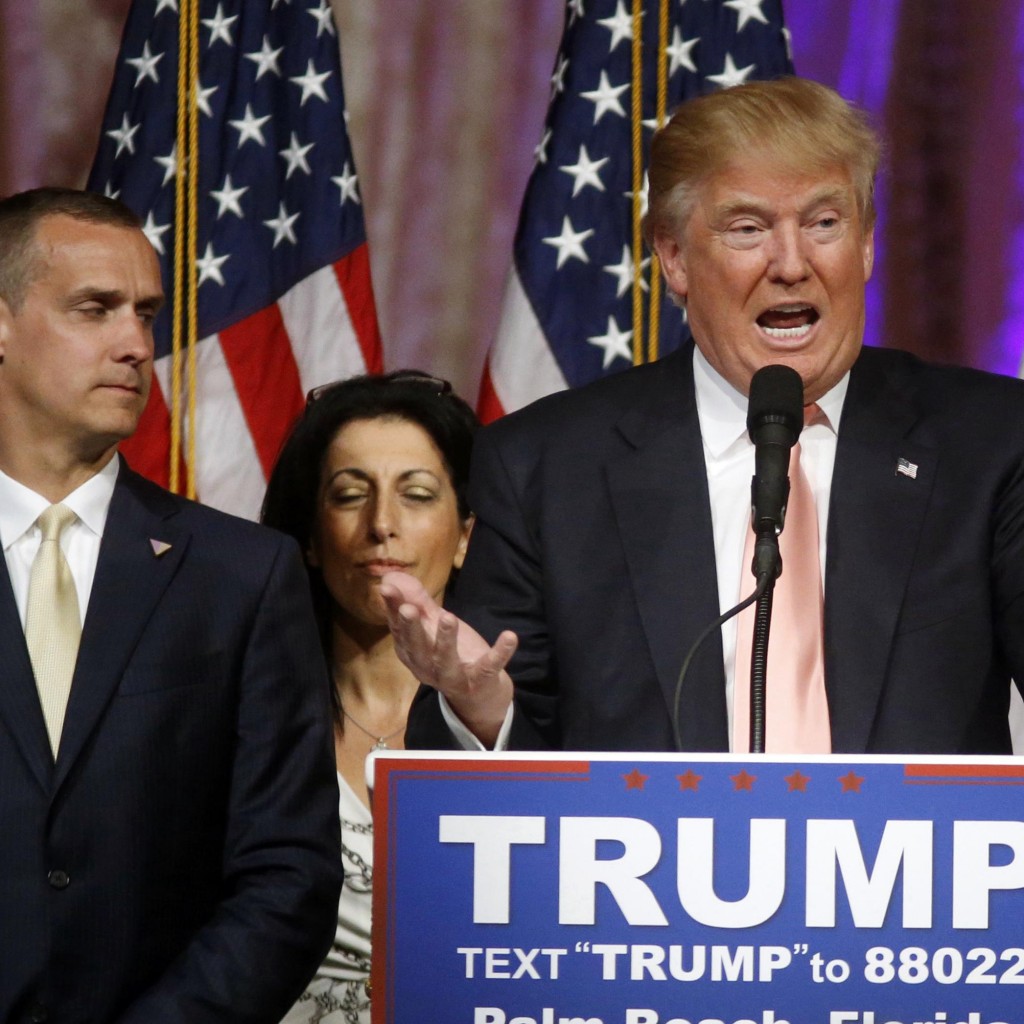 Corey Lewandowski, who managed the early stretch of Donald Trump‘s 2016 campaign for President, is not an unknown quantity in Florida politics.

Best known to Florida politicos for his confrontation with outgoing Senate President Bill Galvano (the “hold my scarf” incident), the outspoken strategist and activist is back on Team Trump for 2020, and will be back in front of Florida Republicans this week.

Lewandowski will be on a bus tour for three days in Florida, a journey starting Monday in Kissimmee and Orlando with other reliable supporters of the President: billed are former Attorney General and current Ballard Partners lobbyist Pam Bondi; former Never Trumper and current Lt. Gov. Jeanette Nuñez; and Eric Trump. Additionally, a couple of special guests may be in the mix.

All of them have a certain insight into Trump, but Lewandowski was a day one member of the team by choice.

On Sunday, we discussed the difference between 2016 and 2020; the challenges the President has in this current environment; the unique political climate in the state, including tensions between the past and present Governor; and the “hold my scarf” moment.

Lewandowski noted, regarding 2016, an element of surprise that Trump capitalized on.

Democrats, he said, “never believed Donald Trump was running for President.” The President outworked the Democrats, he noted, with rallies galore.

This time around? It’s a rally-free environment due to the pandemic, creating unique challenges for a President who relied on rallies as the energy in 2016.

To that end, he said, the change of campaign managers was an organic process, with Bill Stepien suited to move over from being White House political director (as Ed Rollins did for Ronald Reagan in 1984), leaving Brad Parscale to his “core competency,” being the “digital aspect of the campaign.”

The President, meanwhile, has a “promises made, promises kept” record to run on, Lewandowski notes, citing moving the U.S. Embassy in Israel, expansion of the border wall, “holding China accountable” and what was, pre-pandemic, a hot economy.

But is the rebound Lewandowski sees driven by fiscally conservative principles?

“It’s always a concern when you’re spending your children’s future,” he allowed, but despite those qualms, “you can’t allow a crippled economy because of the dishonesty of China.”

Despite the pandemic-driven election-year spending, Lewandowski asserts that a V-shaped recovery is in sight.

Beyond macroeconomic questions, there are concerns, to some at least, about the collaborative spirit of key players in the Trump effort in the state, including Gov. Ron DeSantis and Sen. Rick Scott, whose working relationship doesn’t seem to work.

The expectation, said Lewandowski, is that they and others all “understand that Donald Trump is far preferable to a Joe Biden presidency.”

“They all will put their differences aside if they have any,” he noted, adding that he’s not personally apprised of any “rivalry.”

The interview couldn’t wrap, of course, without a discussion of the “hold my scarf” moment, and time did not mellow Lewandowski’s recollection of Galvano, who said the Florida Republican Senatorial Campaign Committee drove 2016 turnout.

Lewandowski diverged from that view and the two had a spirited exchange.

“A guy I’d never met before in my life,” he related. “He told me he was the guy who won Florida for Donald Trump.”

One suspects that whatever special guests may be on the bus tour, the outgoing Senate President will not be one of them.