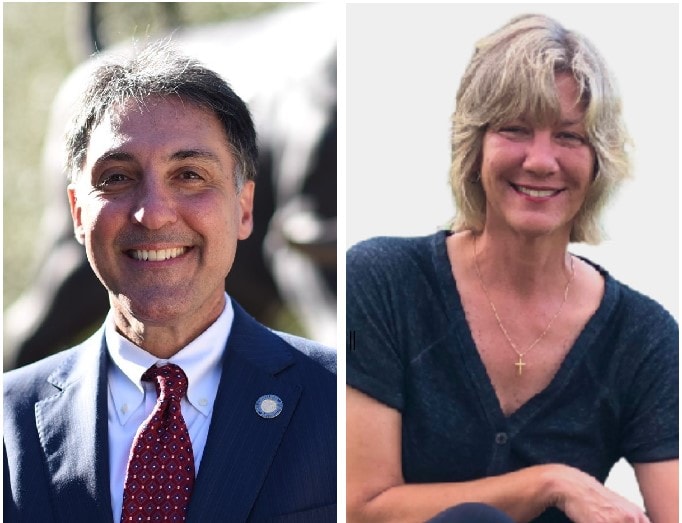 The two face off next week in the Republican primary for Florida’s 12th Judicial Circuit.

Chittaro said voters should demand a more proactive State Attorney’s Office. She wants greater transparency, an investigation arm and a focus on rooting out local corruption. None of that is present under Brodsky’s leadership, she said.

“It’s important we have a well-balanced State Attorney’s office promoting and building trust in government every day,” she said.

An independent investigative division, she said, would help with that goal, going after crimes that traditional law enforcement isn’t always focused on, and when needed, after government offices that can create political problems for police.

“Government should not be so distant to the people,” she said. “They should know they have a place to go for an independent, un-influenced office with a State Attorney that stands for equal justice.”

Brodsky believes the people have such an option now. He has served as State Attorney for eight years and worked as a prosecutor for 28 years. He suggests some of Chittaro’s suggestions ignore the resources already employed by prosecutors in Sarasota, Manatee and DeSoto counties.

“We have a very strong relationship with the community and with law enforcement agencies that we have fostered,” he said. That includes not just the 16 local agencies within the circuit, but the Florida Department of Law Enforcement, the U.S. Attorney’s Office and the statewide prosecutor working under Attorney General Ashley Moody.

“We have a good relationship with local FBI agents and consult with them,” he said. “Homeland Security, the Drug Enforcement Agency, the Bureau of Alcohol, Tobacco and Firearms, and of course the Florida Department of Law Enforcement, which has jurisdiction statewide.”

Notably, the region has become a bit of a hotbed for Sunshine Law cases, with some local attorneys and groups earning statewide recognition taking elected officials to court despite the State Attorney’s Office not pursuing action.

Chittaro said a corruption division could address that sort of issue.

“When people complain about Sunshine Law violations or public records, now we refer them to police, but the police won’t do anything with it,” she said. “We need to open our doors up and accept complaints and give the public answers.”

But Brodsky said that’s not what typically occurs. Rather, citizens have the option to lodge complaints with law enforcement or through civil means when it comes to Sunshine violations. Almost always, they end up seeking monetary damages.

“Overwhelmingly, I see those cases seek relief in civil court and in most cases there has been no companion criminal complaint filed,” he said.

But his office does handle corruption cases in government, including officials stealing within the Police Department in Arcadia, Bradenton and other jurisdictions.

More recently, Chittaro questioned the “cash register justice” of a Deferred Prosecution Program letting many individuals avoid prosecution through cash fees, the subject of a recent Herald-Tribune investigation. The paper found many individuals, including undocumented immigrants, who chose to deal with traffic convictions through $230 cash transactions instead of facing criminal charges.

“I can think of no circumstance where it is a good idea for the State Attorney’s Office to handle money,” she said. She has called on Moody’s office or Gov. Ron DeSantis to get involved, feeling the program, in sense, serves as a sanctuary city policy now explicitly banned in Florida.

In addition to allowing people in the country to illegally sidestep scrutiny, she also sees abuse in the program with Hispanics being targeted.

“They are taking orders with no judge involved,” she said.

Brodsky considered Chittaro’s rhetoric on the issue “absolutely ridiculous.” The traffic program predated his tenure as State Attorney, for one. But it’s also a program that gets results. Like many trial diversion programs, it places a priority on minimizing long-term damage to individuals facing prosecution for crimes of varying significance.

Similar programs exist for juveniles, drug offenses and even some felonies. All are focused on first-time, non-violent offenders. Diversion has helped address programs like addiction, homelessness and poverty. As for the traffic program in particular, in a region with no public transit to speak of, constant charges from traffic incidents tend to lead to more people driving on suspended licenses only to get more points and face further suspensions and arrests.

“To me it’s a vicious cycle, like a dog chasing its tail and never being able to get back their license,” Brodsky said.

“The vast majority of people will go through the criminal justice system, but will return to the community and be our neighbors, work in stores where we shop and restaurants where we eat,” he said. “It’s imperative on us to do everything we can to help them walk away from a life of crime and be productive and successful.”