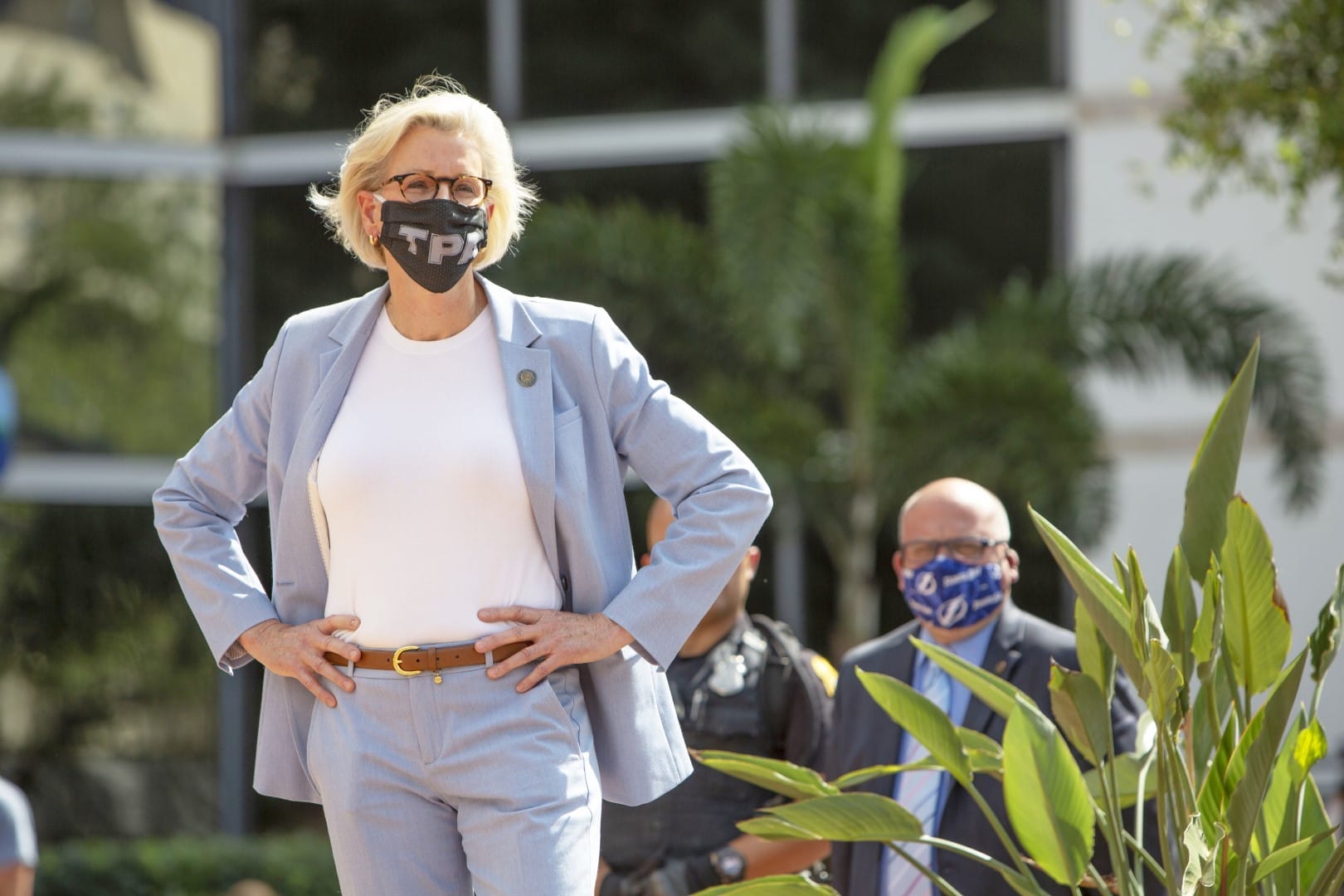 The roadmap for cities includes recommendations on funding and personnel training.

The U.S Conference of Mayors released blueprints for improving policing and equal justice in cities across America, with help from Tampa Mayor Jane Castor Thursday.

The USCM assembled a group of mayors in June after the death of George Floyd, who was killed by police in Minneapolis. Chicago Mayor Lori Lightfoot led the group on Police Reform and Racial Justice.

In June, the group released guiding principles for reform. This Thursday, they released a roadmap to aid cities in addressing police reform and structural racism in America.

Castor was on the team that developed the plan, which drew several recommendations:

— Funding for the police should continue strategically, focusing on core policing while also considering allocations to social services that compliment public safety.

— Cities should analyze data in order to prioritize what resources should be deployed to best respond based on residents’ needs.

— Mayors should assess city budgets, understanding what social services are most needed in the community.

— Cities should advocate across levels of government for adequate funding for personnel trained to handle social services and responsibilities that are currently held by police officers.

The recommendations in the report are not a one-size-fits-all approach, but instead represent a roadmap to guide mayors, Chicago Mayor Lori Lightfoot said.

“While our nation takes a comprehensive and honest assessment of policing and racial justice in this country, it’s our mayors and local police chiefs working in our communities who will be leading this effort,” Lightfoot said.

Castor, who is also Tampa’s former police chief, has received mixed reactions to her response on the police reform movement.

Following pleas from activists, Castor authorized the addition of 650 body cams to the Tampa Police Department. She also announced changes to several TPD policies, including requiring officers to intervene in situations where excessive force is being used and banning carotid holds, which uses body pressure on a person’s neck to restrain them. That’s the hold that resulted in Floyd’s death after an officer kneeled on his neck for more than eight minutes, sparking nationwide protests.

“The time for change is now. It will not be easy, and it will take everyone – residents, police officers, service providers, educators, organizations public and private – to work towards a just and equitable society,” Castor said. “I am proud to have been a part of crafting this report and hope that it is used as a guide to move our nation forward.”

Mayors are committed to implementing these reforms, according to the USCM.  Moving forward, the USCM will be convening meetings, maintaining a database of policies and best practices and offering counsel to mayors as they craft solutions.