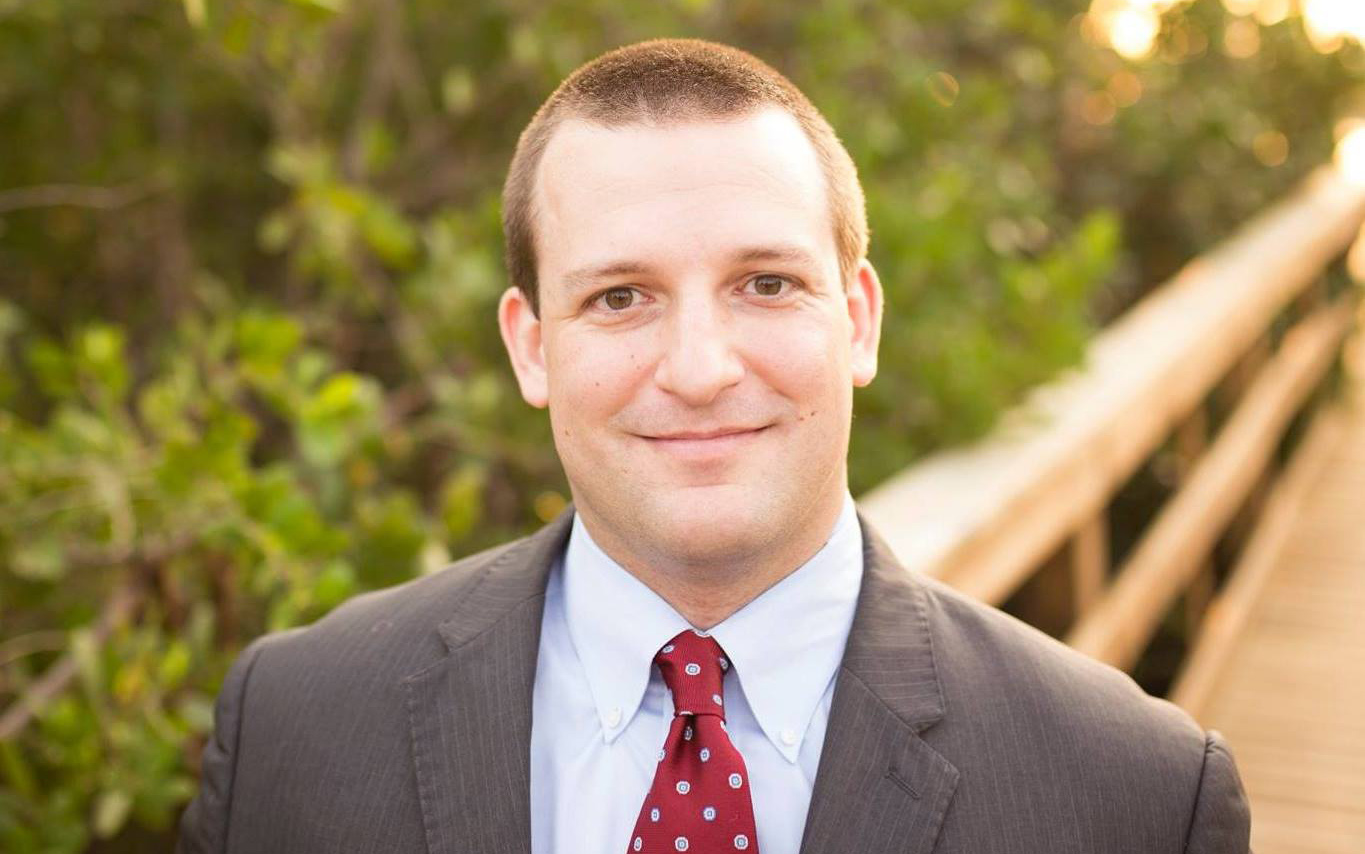 "I had a great run during my first two year term but I have unfinished business."

I’m running because I had a great run during my first two year term but I have unfinished business. I want to fight for good roads, safe neighborhoods, and great schools for my community. I want to continue our work to protect the Constitution and the unborn. And I want to continue to give the judiciary the tools they need to ensure justice for all.

I worked as a Sacristan at St. Francis Xavier Church.

I am married to my beautiful wife Hope and we have two boys, Michael and Ross.

I have a phenomenal consulting team led by Rich Johnston and Audie Canney.

Nikki Smith, my cousin from Pasco County, who is very active in Republican circles and came to walk and sign wave with me several times last cycle.

I am very excited about our leadership in the House the next few cycles, with Chairs Sprowls and Renner and Rep. Perez coming through. They are all good lawyers who understand the legal issues that we are grappling with today, and I look forward to being part of their team.

As we say on the Judicial Nominating Commission, there are two types of candidates, those who are looking to take a pay cut, and those who are looking for a pay increase. (This excludes those who are already public servants and are seeking to use their experience in their next step.) You have to be in it for the right reasons. Some people want to do something, and then there are those who just want to be somebody. You have to be careful of the latter, because if you just want the money (which isn’t that great, by the way) and a title, then there are much better things you could be doing with your time.

I’m running on limited government, separation of powers, and maintaining an independent and qualified judiciary to guard our great democracy. I believe in limited government because I believe that we should focus on those core public goods such as police, fire, roads, military and education, and make sure that we are doing the best job we can at these functions (which challenges even the best governments and embarrasses some, which cannot even provide these functions.) Unless and until we have mastered these public goods, government has no business intruding into the economy and other areas of life. Once those goods are adequately provided for, we should use any remaining resources to repay public debt or reduce taxes. I believe in separation of powers because, as you mention above, people distrust public officials. In Florida, we have a bicameral legislature whose bills are reviewed by the Governor. Then the courts apply these laws. By the time that a law is applied to a person in a legal controversy, you have had three committees in the house, three committees in the senate, all of their staffs, 160 legislators, the Governor and his staff, and a judge and possibly a jury play their constitutional role. This may slow things down a bit, but it helps ensure that we have good laws and good government and it has worked remarkably well in the United States for over 200 years. When we erode separation of powers, we encounter problems. I believe in an independent and qualified judiciary, because there is no better bulwark against policy excesses. When you look at totalitarian regimes that oppress and sometimes kill their people, none of them have an independent and qualified judiciary.

I’m interested in changing the dynamic of civil litigation. We have a perverse system in our courts where good cases can’t get tried because the cost of attorneys to litigate through motions and discovery all the way through a jury trial is just cost prohibitive in anything but the largest cases. On the other hand, a lot of bad cases are filed and companies usually settle dubious claims due to the cost, risk and aggravation of litigation. Part of the problem is unclear laws which invite judges to legislate from the bench, leading to unpredictable outcomes. The first thing we have to do is write clearer laws as legislators. I have had colleagues, lobbyists, and other stakeholders tell me that “the judges will figure it out” when I question them on the meaning of specific language. I always tell them that it’s their bill, we are the legislature, and it is improper for us to knowingly pass unclear legislation and rely on another branch of government to decide what it really means after somebody is involved in a controversy.

The second thing we need to do is have the right incentives in litigation. We need enough qualified judges with the tools and resources to move their dockets. Frivolous cases should be dismissed during motion practice. Lawyers should be able to get meritorious cases to a jury trial or judgment within a year. Discovery should be limited or streamlined in small and moderate
sized cases. Florida has some great consumer protection statutes that allow consumers to access great attorneys for meritorious cases. Unfortunately, some areas of the law have become attorney fees driven, leading to frivolous lawsuits, expensive litigation, and as Governor DeSantis has said, it’s about the consumer, not the lawyers. We need a system that encourages meritorious claims, discourages frivolous claims, and encourages speedy litigation of the cases that are filed.

I love District 57. We have vibrant communities and people move here for our schools. District 57 loves God, family, and the Constitution. In Charlie Wilson’s War, the Congressman said that his district didn’t want pork barrel projects, they just wanted good government. That’s how I feel about District 57. We do need better roads, though, and I will be fighting for that.

I’ve been honored to be Nominated to Judicial Nominating Commissions by both Governor Rick Scott and Governor Ron DeSantis. It has been a privilege to work with both on judicial nominations and we have really maintained a great judiciary. I’m very gratified that they have concentrated on the judiciary.

I would clean up some of the language used to argue against regulation of abortion. This language was passed after Roe v. Wade, and it doesn’t say that abortion is protected from regulation as some claim. However, this language was passed once everybody knew that abortion was going to be part of the public debate, and we should have drafted more carefully to avoid giving our opponents any ammunition. This goes back to what I said earlier about anticipating possible controversies and writing clearer laws.

Absolutely. Audie got me these beautiful big red signs. I have a bunch in my attic and we are going to get them deployed as soon as the primary is over. Everybody is always talking about my signs, even months or years after the election.

My emails. Lately it has been the Speaker’s Morning Digest.

Mostly Wall St. Journal for national news. For local issues, Tampa Bay Times (they have actually been pretty decent with my elections and bills, and even before that, my litigation cases). And of course Florida Politics!

Right now, I run, lift, and play board games with my son Michael. Once things get back to normal, I will probably take up Brazilian Jiu-Jitsu again.

I was never a huge fan of the big professional sports, least of all now. I like to watch a good UFC pay per view once in a while.