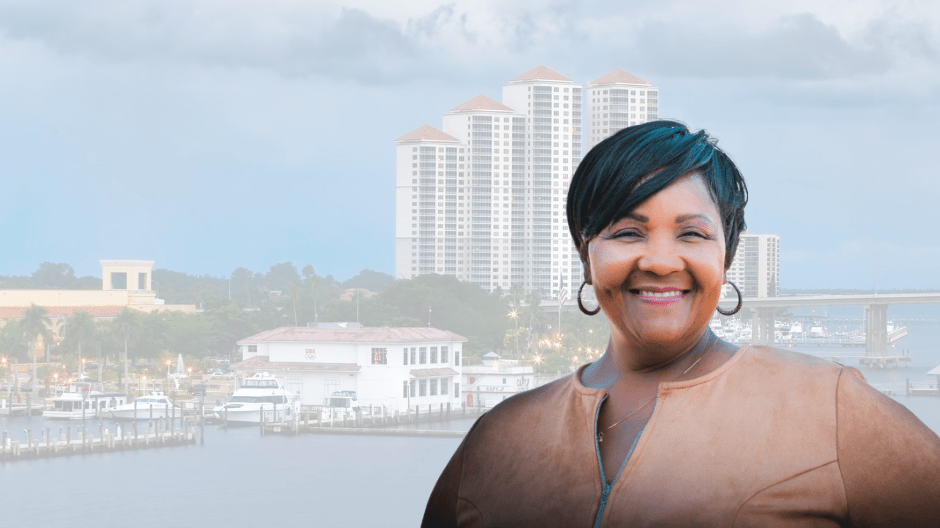 Fort Myers mayoral candidate Jacquelyn McMiller has a significant political force on her side heading into Tuesday’s election. Namely, the Florida Democratic Party’s “Down Ballot Elections” program has looked at city races across the state and helped mentor and support those with registered Democrats in the running.

It’s part of why voices like former Lieutenant Governor candidate Chris King and Rep. Dianne Hart endorsed and worked in a nonpartisan, city-level race in a red part of the state.

“I’m really amazed at the support we received not only from the community but from the Democratic Party,” she said. “I’ve never been part of something so large with support from across the country. I’m just so honored they would choose me to participate.”

McMiller hopes to make history this year by winning election as Fort Myers first Black Mayor. She would also be the city’s second female candidate, and would have the chance to be the first to complete a term. Records show R.E. Kurtz won election in 1947, but was recalled the following year.

“She was only in office for eight months,” McMiller said of Kurtz. “So we are not only breaking barriers as far as race but with regards to gender as well, because at this day and this age, we are no longer running us out as women anymore either. These are huge steps and strides to making Fort Myers a better place for everybody.”

McMiller is one of three candidates running this year in a special election for Mayor after Randy Henderson resigned in order to run for Congress. She’s facing sitting Fort Myers Council members Kevin Anderson and Gaile Anthony.

As an investigative field specialist for the Department of Children and Families, McMiller said she has seen the inequity facing under-privileged communities in the city for years. It angers her that in the year 2020, there can still be differences as fundamental as whether parts of the city have reliable running water. She points to McGregor Preserve, where residents have complained about brown or urine colored water.

“The answer from the city is to turn on the water for 20 minutes and then use it,” McMiller said. “And you are paying for that the whole time.”

Similarly, a Dunbar neighborhood has to deal with toxic sludge issues that sat for decades, an issue that went to court.

It’s all led to distrust in City Hall, and McMiller aims to address it.

“We have a lot of corruption in the Fort Myers Police Department, and some of those threats have been addressed, but we have a long way to go,” McMiller said. Running against a former police officer in Anderson and against a backdrop of Black Lives Matter protests this year in the city and nationwide, police relations earned particular attention in the race.

The three candidates in the race face off in a primary Tuesday, and unless one wins a majority, the top two head to the general election.