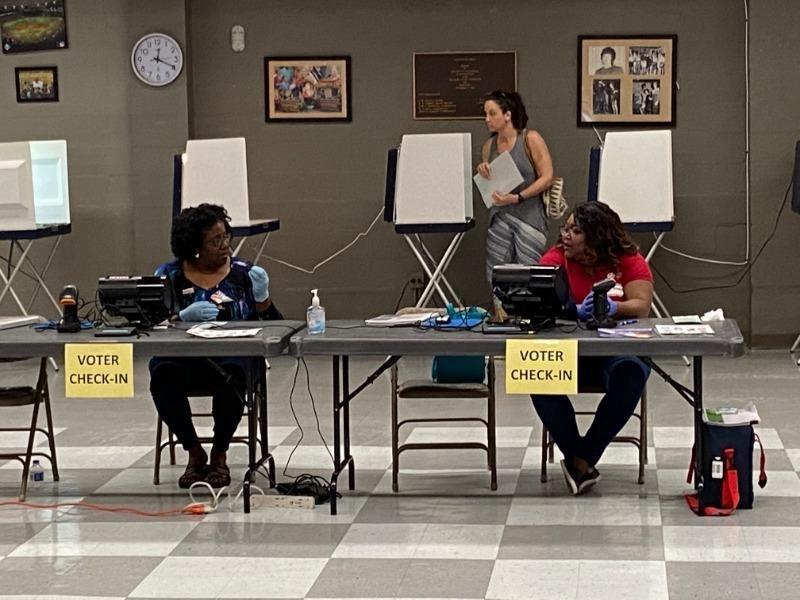 Republican and Democratic voters on Tuesday will take major steps toward deciding the makeup of Florida’s congressional and legislative delegations for the next two years. While most seats will be contested in November, the outcomes of primaries in Republican and Democratic strongholds will go a long way toward determining the ultimate winners. Meanwhile, some incumbent lawmakers will try to fend off challengers Tuesday. Here are 10 congressional and legislative primaries to watch:

— Congressional District 3: A decision by U.S. Rep. Ted Yoho to not seek another term this year has led to a cast-of-thousands race in his North Florida district, which is made up of Alachua, Bradford, Clay, Putnam, Union and part of Marion counties. With the area long represented by Republicans, 10 GOP candidates qualified to run for the seat, along with three Democrats.

— Congressional District 15: Freshman Republican Congressman Ross Spano is trying to hold off Lakeland City Commissioner Scott Franklin in a heated GOP primary in the district, which is made up of parts of Hillsborough, Polk and Lake counties. Meanwhile, three Democrats — state Rep. Adam Hattersley, Alan Cohn and Jesse Philippe — are running with hopes of flipping the district in November.

— Congressional District 19: With Southwest Florida a Republican stronghold, U.S. Rep. Francis Rooney’s decision to not seek another term this year led to a flood of GOP candidates in the district in Collier and Lee counties. Nine Republicans, including state House members Byron Donalds and Dane Eagle, are seeking the seat, while two candidates are vying in the Democratic primary.

— State Senate District 27: State House members Ray Rodrigues and Heather Fitzenhagen are locked in a fierce Republican primary to replace term-limited Sen. Lizbeth Benacquisto in the Lee County district. Rodrigues has the backing of Senate Republican leaders, while Fitzenhagen jumped into the race shortly before the end of qualifying. The winner will face Democrat Rachel Brown in November.

— State Senate District 29: Rep. Tina Polsky and former Rep. Irv Slosberg are competing in a Democratic stronghold in Palm Beach and Broward counties that opened when Sen. Kevin Rader decided against seeking another term. Slosberg has poured more than $1.5 million into the race, while Polsky has received backing from Democratic Senators and a cross-section of groups in Tallahassee. The winner will face Republican Brian Norton in November.

— State Senate District 35: The winner of the Democratic primary in Miami-Dade and Broward counties to replace term-limited Sen. Oscar Braynon is a virtual lock to become a senator, as the only other candidate in November is a write-in. The race has drawn six Democrats, including Rep. Shevrin Jones, Rep.  Barbara Watson, former Sen. Daphne Campbell and former Rep. Cynthia Stafford.

— State House District 4: A decision by Rep. Mel Ponder to not seek another term this year has led to a high-dollar primary in a solidly Republican district in Okaloosa County. GOP candidate Jeff Hinkle has put $334,000 into the race, while Patt Maney has raised $238,000. They are competing in the Republican primary against Sandra Atkinson and Jonathan Tallman, with the winner facing Democrat John Plante in November.

— State House District 14: After fending off a primary opponent in 2018, Rep. Kimberly Daniels faces a primary challenge this year from community organizer Angie Nixon. Daniels has sometimes split from other Democrats by supporting issues such as abortion restrictions and school vouchers. Nixon has received backing from contributors such as labor unions. The winner of the primary will only face a write-in opponent in November.

— State House District 72: With Rep. Margaret Good running for Congress this year, Republicans are trying to recapture Sarasota County’s House District 72, which Good won in a 2018 special election and kept in that year’s general election. Republicans Donna Barcomb, Fiona McFarland and Jason Miller are competing in the primary, with the winner facing Democrat Drake Buckman in November.

— State House District 88: Rep. Al Jacquet has faced controversy and drawn a list of opponents as he seeks another term in the Palm Beach County district. The controversy has stemmed, at least in part, from what were widely seen as anti-gay comments by Jacquet. He will face Omari Hardy, Bob Louis Jeune, Sienna Osta and Cedrick Thomas in the primary, with the winner running against Republican Danielle Madsen and unaffiliated candidate Rubin Anderson in November.