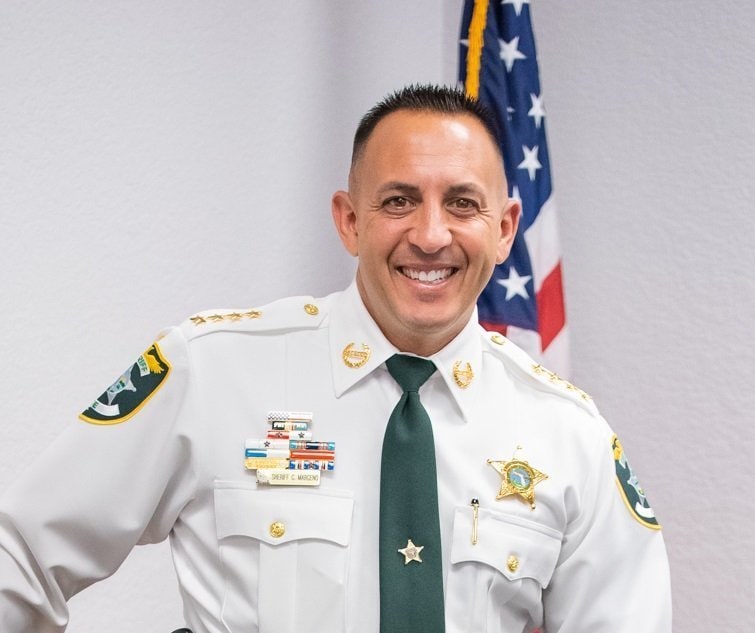 Lee County Sheriff Carmine Marceno won his first election, coming out on top in Tuesday’s Republican primary. He fended off a challenge from retired Maj. Jim Leavens after a race that often focused on personal issues around the Sheriff.

He now will face independents Coach Ray and Carmen McKinney and Democrat Robert Neeld in the General Election.

As the primary campaign for Lee County Sheriff entered its final days, Marceno went negative against his GOP challenger.

Mailers struck Leavens for a recession-era home foreclosure. It also suggests Leavens, who worked at the Sheriff’s Office 1988 to 2018, had a less-than-spotless record.

“Jim Leavens violated Sheriff’s Department policies for handling dangerous inmates, putting employees and the public at risk, and made threats against employees who called out his violation of safety standards,” the mailer reads.

Call it an exclamation point on a controversial Sheriff election. Marceno faces his first actual vote on Tuesday since being appointed by then-Gov. Rick Scott to fill out former Sheriff Mike Scott’s fourth term after his 2018 retirement. He had served as Sheriff Scott’s Under-sheriff but had only been with the department since 2013.

Leavens felt his experience beat Marceno’s any day, having retired as a major after serving in Lee County in every department from corrections to homicide to internal affairs.

But Marceno also battled a series of negative headlines. Some involved run of the mill issues like decisions to cut funding on popular programs. But some were personal, like when texts surfaced of him demanding his now-ex get an abortion.

More recently, a candidate for Lee County Commission filed an ethics complaint against Marceno regarding a trip to a Tallahassee retirement party that the Sheriff categorized as “career development” for himself and six deputies.

At the same time, Marceno enjoyed a hefty cash advantage. Leavens raised $107,951 for the race, solid for a first time candidate. But it’s a fraction of the $510,150 reported Marceno raised, and the Sheriff’s affiliated political committee Conservative Champion Leaders, which pulled in another $494,352.