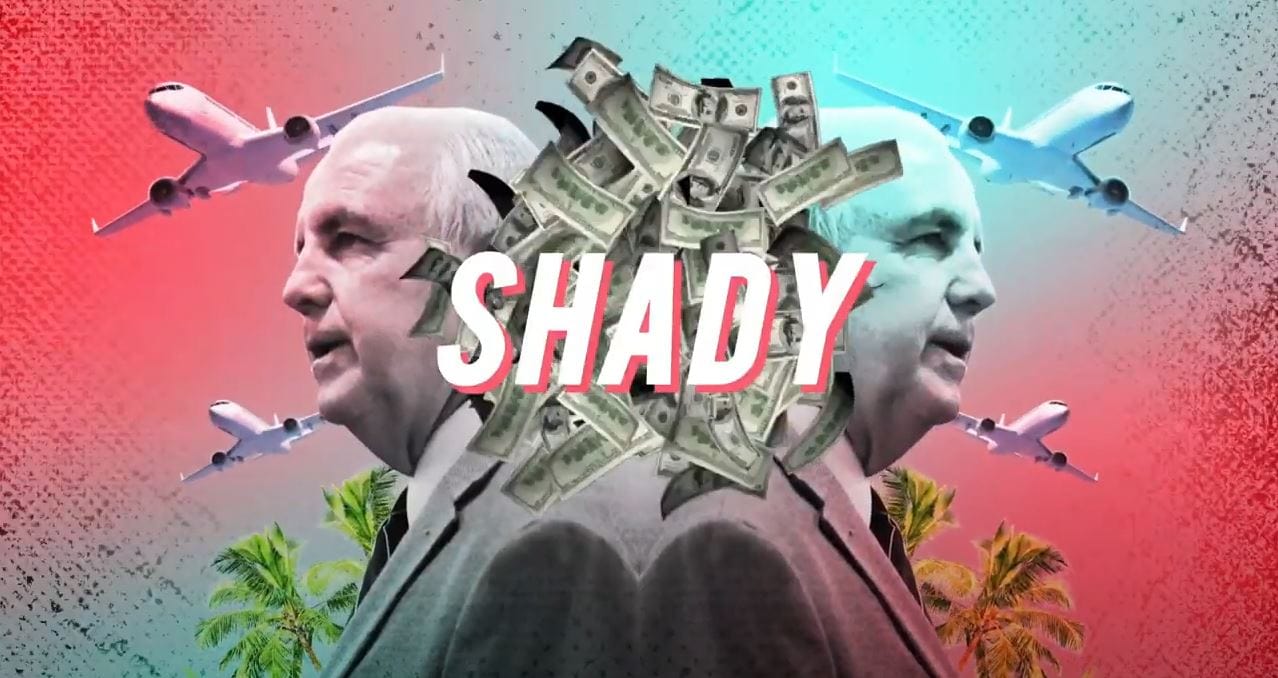 (UPDATE: After a complaint from the Giménez legal team, Mucarsel-Powell replaced the ad with a new version. The new ad corrects an error in how the ad describes previous work done by one of Giménez’ sons. The story has been updated below.)

The two will face off in the November election after Giménez defeated Omar Blanco in the GOP primary Tuesday.

Mucarsel-Powell and Democratic allies have tried to tag Giménez with the ‘Corrupt Carlos’ nickname. The new ad continues that effort, as it attacks Giménez over his sons’ lobbying work.

“In the world of ‘Corrupt’ Carlos Giménez: the father, ”Corrupt’ Carlos, and the sons, C.J. ‘El Favorito’ and Julio ‘El Niñito’, were connected to shady deal after shady deal, getting rich on our tax dollars,” the ad’s narrator begins.

The ad then turns to focus on Julio’s work.

“‘El Niñito’ lobbied Papi’s county government, and what did he get: $4.9 million of our money, the biggest deal of that kind in Miami. And ‘El Favorito’ even lobbied for Trump. Surprise, surprise! Not really. The bottom line is that getting wealthy off taxpayer funds is a family affair for Carlos and his kids, and exactly why we don’t need him in Congress. There’s enough swamp in Florida already.”

The previous version of the ad falsely claimed Julio lobbied for Munilla Construction Management (MCM), one of the firms behind the bridge. C.J. has lobbied for MCM on other issues, but Julio had not. Julio did previously work as an executive but had not done lobbying work.

While the Mayor later pushed to extend an existing contract with MCM on a separate project at Miami International Airport, it was not technically a new project. The deal was also approved by the Miami-Dade County Commission.

The prior version of the ad said Giménez “gave [MCM] another contract,” though it was not a new deal.

A news release accompanying the ad further labels Giménez “too corrupt for Congress.”

“Over and over, ‘Corrupt’ Carlos Giménez has used his power to put millions of dollars from taxpayers into his and his family’s pockets,” said Andrew Markoff, Mucarsel-Powell’s campaign manager.

“With a track record like that, we can’t let ‘Corrupt’ Carlos anywhere near Congress.”

The race is expected to be one of the closest congressional contests in the state this cycle. Mucarsel-Powell even deemed it “one of the toughest” in the nation.

So far, Mucarsel-Powell has done well in the money game, consistently holding a lead over Giménez despite his high name recognition and support from the President.

Mucarsel-Powell won the CD 26 seat in 2018 by just 2 percentage points over then-GOP Rep. Carlos Curbelo. The DCCC has also placed Mucarsel-Powell in its Frontline Program, which funnels resources to potentially vulnerable Democratic incumbents in the House.