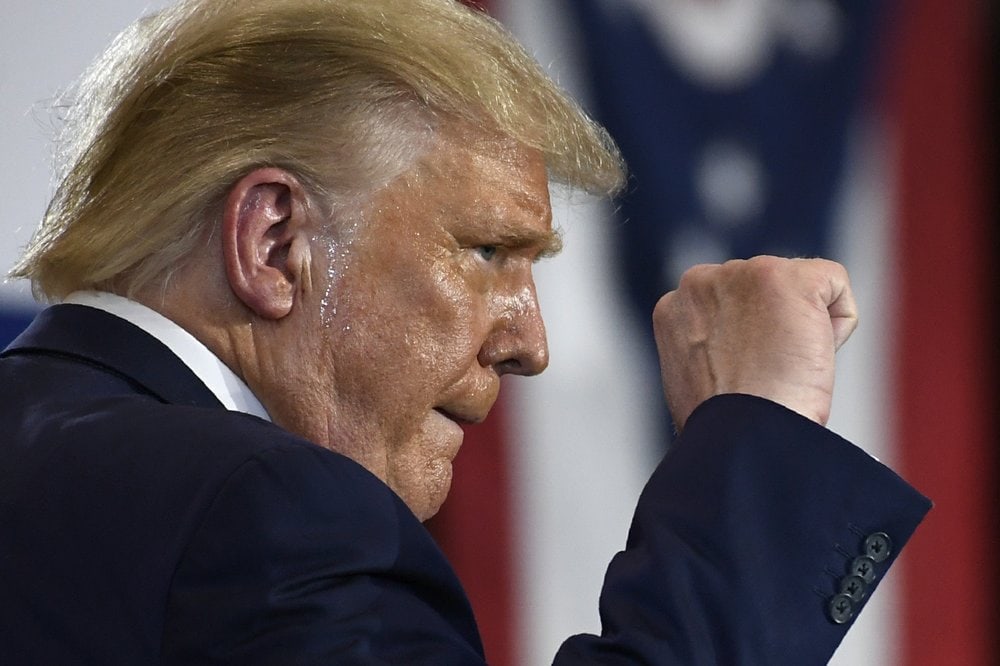 Trump's endorsement is a huge get, but not all that surprising.

Luna, a staunch Trump ally, will take on incumbent Charlie Crist in the November General Election.

Her win came in a quick turnaround leading up to the Primary Election. Luna defeated Makki, the GOP establishment favorite, with 36% of the vote. Makki earned just 29%.

“Great WIN Anna! Watched your race from beginning, very impressed,” Trump’s tweet reads. “Your next opponent, Charlie Crist, is a Pelosi puppet who is bad on Crime, our Military, Vets, & 2nd Amendment. You have my Complete & Total Endorsement!”

Luna replied to the President’s tweet expressing gratitude, and saying she’ll help him “drain the swamp.”

“Our country needs fighters right now & elected officials that will not cave to the mob,” Luna wrote in a tweet. “I am not backing down & I have your back. I will work hard for Florida’s 13th district, that I can guarantee you, and the citizens of my district. We will win!”

Now, Crist will face his first formidable opposition since he was elected to Congress in 2016.

Despite polling numbers originally predicting an easy victory for Makki, Luna garnered significant support in the critical stretch leading up to the primary.

Luna took the lead in contributions for the past two reporting periods, although Makki had stronger fundraising overall.

Luna will start her campaign against Crist with nearly $2.8 million less than the Democratic incumbent, who has $3.1 million on hand.

Despite Crist’s monetary advantage and incumbent status, the district is not quite safe. Democrats outnumber Republicans by only 26,678 voters, but there are more than 146,896 no party-affiliated or third-party voters among the district’s 512,570 voters. Pinellas went for former President Barack Obama in both his runs, but favored President Donald Trump in 2016.

Still, ousting Crist would be a monumental feat for Republicans. Crist easily crushed vocal hyper-conservative George Buck two years ago with 58% of the vote. Buck was also on the primary ballot again this year, but not without controversy, and received 26% of the vote.

Crist edged out former incumbent David Jolly in 2016 with 52% of the vote, which came only after the district was redrawn to include downtown St. Petersburg and parts of the Southside, giving Democrats the voter registration edge.

If an incumbent with high approval ratings couldn’t hold the redrawn district, it’s hard to imagine Luna managing to retake the seat this year, at a time when Republicans face potential guilt-by-association behind a President whose approval ratings are in the gutter.

Both Luna and Makki used their support for Trump throughout the campaign, but the two appealed to voters differently, reflected in their respective endorsements and campaign ads. It seems Luna’s more hard-hitting approach was successful in landing her the nomination.

Luna, who is a military veteran turned conservative media personality, sought to claim the far-right vote and ran as a vocal Trump ally.

She garnered endorsements from Trump supporters like U.S. Rep. Matt Gaetz and Turning Point USA’s Charlie Kirk. And now, she’s earned an endorsement from the President himself.

“Pinellas Republicans affirmed what they told me on the campaign trail: they are ready for patriotic public servants and are done with career politicians and insiders,” Luna said. “I look forward to unifying the Republican Party and sharing our message of people before party, and country before politics with all voters in Pinellas. I am running to represent all people in Congress and give them the voice they deserve.”

previousPrimary Elections were an embarrassing day for several former lawmakers

nextDemocrats pound their message: To oust Donald Trump, you must vote