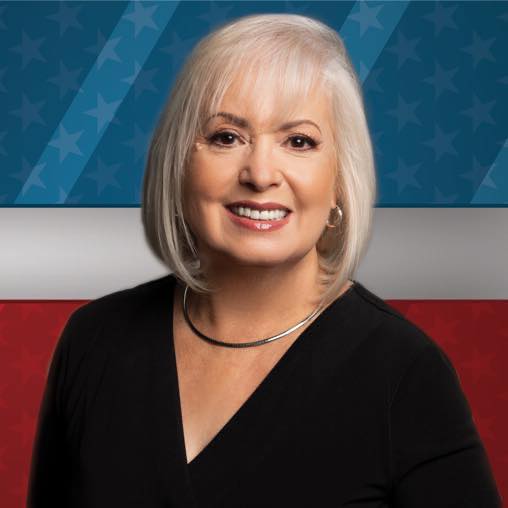 Maura Cruz Lanz said voters will have a chance to re-vote on the All For Transportation tax, but that's still TBD.

Speaking at a conservative forum in video posted on Facebook July 26, Lanz, the Republican candidate running for the District 3 seat Les Miller is vacating, praised Commissioner Stacy White and a Hillsborough County resident for suing the county over the All For Transportation 1% sales tax.

The two are trying to overthrow the tax, which was approved by a super majority of Hillsborough County voters last November.

“Thankfully a Republican County Commissioner sued,” she said. “Now we can vote against it.”

Lanz didn’t go into much detail, but her statement that voters could now vote against the tax, isn’t entirely accurate.

All For Transportation, the group behind the transportation referendum, won a lower court ruling, with some caveats, ruling the tax, which is already being collected in Hillsborough County, is constitutional. White appealed that ruling to the Florida Supreme Court, who has not yet made a decision.

County Commissioners considered putting a back-up referendum on this November’s ballot, but decided to hold off. Had they done that, it would have only been a valid vote if the Supreme Court had already ruled. Simply put, it was a back-up plan in case Justices ruled against All For Transportation.

Now, if the tax is struck down, Commissioners could consider putting a new referendum on the 2022 ballot. But, the Supreme Court could also uphold the tax, which would render Lanz’s comments completely false.

Still, Lanz’s talking points set up what will likely be a partisan match between her and opponent, Gwen Myers, who emerged victorious in Tuesday night’s crowded Democratic primary.

She also hit on conservative talking points, including avoiding the crush of socialist leaders, comparing their policy agendas to communism.

“My family suffered under it and I don’t want my children and my grand children to suffer under it,” Lanz said.

“Give me liberty of give me death, that’s what it’s like right now, we have no other choice.”

She rallied against increases to property taxes and impact fees, which fund infrastructure needed for new development.

“It’s up to us to mobilize, activate people and to do the work that needs to be doe because if we don’t do it and (Joe) Biden gets in, he’s made a pact with Bernie Sanders and their little socialist agenda — the Green New Deal, they’re going to take our guns,” Lanz said.

Early on in the pandemic the County ordered any large gathering, like church services, canceled. At one point, Hillsborough County Sheriff Chad Chronister had deputies arrest a local pastor for defying the order, though no charges were ultimately filed.

Since then however, church services have been allowed to resume with proper social distancing in place. Some churches remain closed, but they do so at their own will, not under government mandate.

Lanz stands little chance of winning in the far-left district. Voter registration favors Democrats 100,799 voters to just 28,470 Republicans, a difference of more than 70,000 voters. The district has 48,700 no-party-affiliated voters and 2,107 third party voters — still not enough to bridge the gap even if Lanz captured all non-Democrats.

Janelle Irwin Taylor has been a professional journalist covering local news and politics in Tampa Bay since 2003. Most recently, Janelle reported for the Tampa Bay Business Journal. She formerly served as senior reporter for WMNF News. Janelle has a lust for politics and policy. When she’s not bringing you the day’s news, you might find Janelle enjoying nature with her husband, children and two dogs. You can reach Janelle at Jane[email protected]