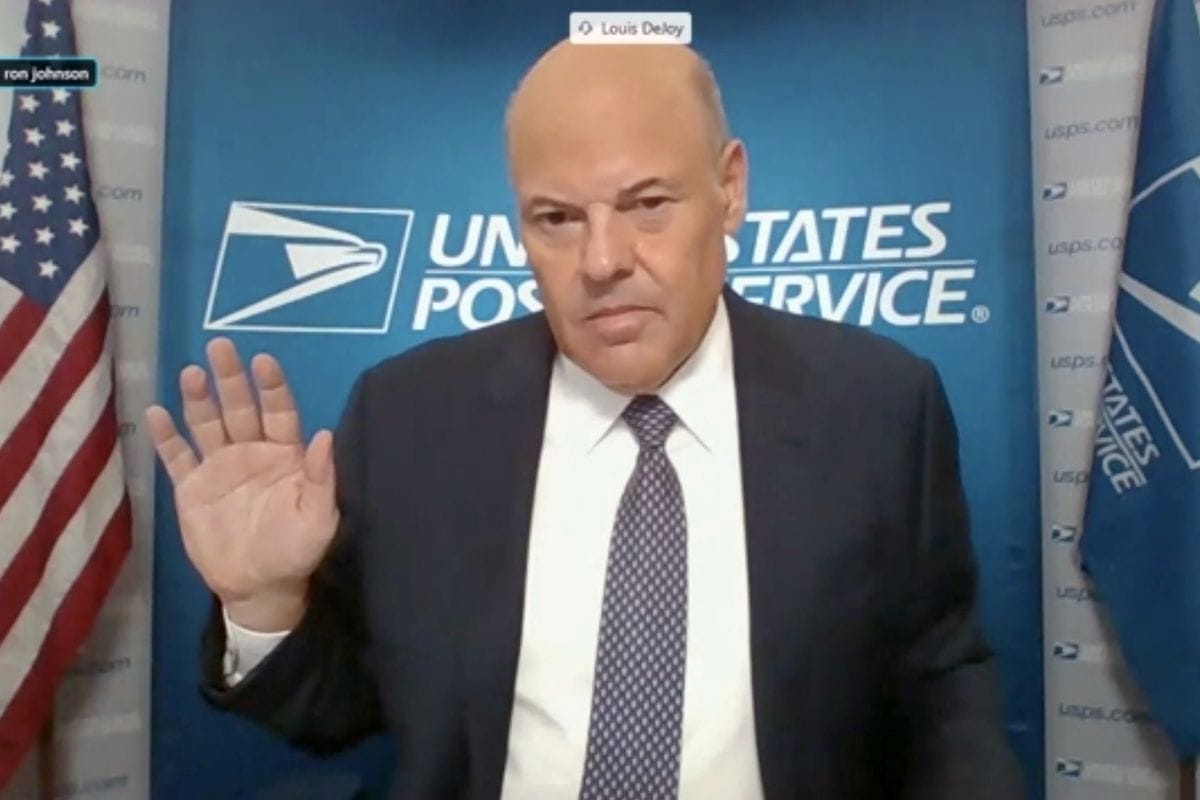 Postmaster General Louis DeJoy refused requests by Democrats on Monday to restore mail-sorting machines or mailboxes removed from service as part of sweeping operational changes at the Postal Service, despite complaints that the changes are causing lasting damage and widespread delays.

Rep. Stephen Lynch told DeJoy at a hearing on Capitol Hill that changes imposed by DeJoy this summer have threatened the reliability of mail service in his state and across the country.

“What the heck are you doing?” Lynch asked DeJoy at a sometimes contentious House Oversight Committee hearing. Either through “gross incompetence” or “on purpose,″ DeJoy is ”deliberately dismantling this once-proud institution,” Lynch said.

DeJoy denied any wrongdoing and accused Lynch and other Democrats of spreading misinformation.

DeJoy also disputed published reports that he has eliminated overtime for postal workers and said a Postal Service document outlining overtime restrictions was written by a mid-level manager. DeJoy, who has said his “No. 1 priority” is to ensure election mail arrives on time, said he will authorize expanded use of overtime, extra truck trips and other measures in the weeks before the election to ensure on-time delivery of ballots.

DeJoy urged voters to request mail-in ballots at least 15 days before the Nov. 3 election so they have enough time to receive their ballot, complete it and mail it back to elections officials on time. Acknowledging an expected surge in mail-in ballots because of the coronavirus pandemic, DeJoy said voters should mail back their ballots at least seven days prior to the election.

His advice “should in no way be misconstrued to imply that we lack confidence in our ability to deliver those ballots,” DeJoy told the House panel. “We can, and will, handle the volume of Election Mail we receive.’’

DeJoy’s comments came as the oversight panel opened a hearing on operational changes at the Postal Service that have resulted in mail delays nationwide. The House approved legislation Saturday to reverse the changes and send $25 billion to shore up the agency ahead of the November election.

Rep. Carolyn Maloney, the chair of the oversight committee and author of the House bill, said DeJoy was using the Postal Service’s longstanding fiscal problems as an excuse “to justify sweeping and damaging changes to Postal Service operations.”

“And we have all seen the results: national headlines about delays of days and weeks, veterans desperately waiting for their medications, sorting machines being ripped out and thrown in dumpsters,” she said.

Maloney’s committee on Saturday released internal Postal Service documents warning about steep declines and delays in a range of mail services since early July, shortly after DeJoy took the helm. Delays have occurred in first-class and marketing mail, periodicals and Priority Mail, the agency says in an Aug. 12 briefing prepared by Postal Service staff for DeJoy.

“These new documents show that the delays we have all heard about are actually far worse than previously reported,″ Maloney said.

DeJoy acknowledged at a Senate hearing last week that there has been a “dip” in service, but disputed reports of widespread problems.

In a statement Sunday, the Postal Service said it was concerned that the House bill, “while well meaning, will constrain the ability of the Postal Service to make operational changes that will improve efficiency, reduce costs and ultimately improve service to the American people.″

House Speaker Nancy Pelosi recalled lawmakers to Washington for a rare Saturday session over objections from Republicans, who dismissed it as a stunt. President Donald Trump urged a no vote, railing on Twitter against mail-in ballots expected to surge in the COVID-19 crisis. He has said he wants to block extra funds to the Postal Service.

White House chief of staff Mark Meadows dismissed the bill as “going nowhere,” while Pelosi urged the GOP-controlled Senate to act quickly. “The public is demanding action on this now,” Pelosi said Sunday. “I can’t see how the Senate can avoid it unless they do so to their peril.”

Meadows called the House bill a “political statement,” stressing that Trump would consider additional money only as part of a broader coronavirus relief package.

Senate Majority Leader Mitch McConnell has been eyeing a $10 billion postal rescue as part of the next COVID-19 relief package, but said Trump “has already made it clear he will not sign the speaker’s partisan stunt into law.″

“The Senate will absolutely not pass stand-alone legislation for the Postal Service while American families continue to go without more relief″ from the coronavirus crisis, McConnell said.

Still, there were signs of bipartisan support for the Postal Service, one of the most popular government agencies with an approval rating above 90%.

Twenty-six House Republicans broke with Trump and GOP leaders to back the House bill, which passed 257-150.

A bill co-sponsored by Sens. Susan Collins and Dianne Feinstein would provide the Postal Service with up to $25 billion to cover revenue losses or operational expenses resulting from COVID-19. The bill has at least 22 co-sponsors, including at least nine Republicans. Three co-sponsors — Collins, Montana’s Steve Daines and Colorado’s Cory Gardner — are among the GOP’s most vulnerable incumbents in the fall election.

Senate Democratic leader Chuck Schumer of New York said Sunday he had secured agreement with a new election committee created by the Postal Service’s Board of Governors to issue a report in two weeks on the service’s plans to address an expected surge of mail-in ballots. Under the agreement with the committee’s Democratic chairman, Lee Moak, the committee would also provide weekly briefings for top Senate Democrats.