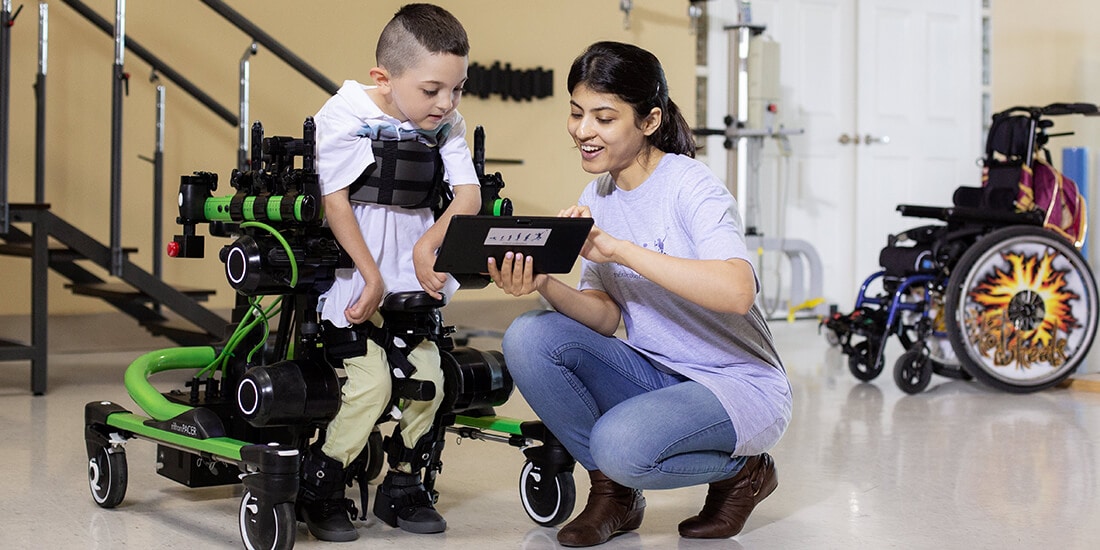 An innovative technology could soon greatly expand the world of some of Florida’s most vulnerable children.

The robotic “legs” offer newfound mobility, allowing them to be upright and walk extended distances, a step forward for children mostly limited to a wheelchair and/or passive movement through therapy.

So far, three NICA children have received the new gait trainers and another seven are currently going through the approval process to receive this cutting-edge technology.

“Meeting the needs of these vulnerable children and helping them live a more normal life is at the forefront of NICA’s mission, so after reviewing the initial trial period for 10 families, we hope to provide the equipment for free to all qualifying families,” said NICA Executive Director Kenney Shipley. “Just in case you can’t tell, I’m a big fan. This is exciting to us.”

One of those children who has already begun using the $29,000 device is 11-year-old Roman B., who suffered a brain injury at birth and was subsequently diagnosed with cerebral palsy. Roman received his Trexo Robotics gait trainer Aug. 18 and took 126 steps on the first day — almost half of them self-initiated — a huge milestone in Roman’s life.

Roman’s mother, Sabrina, said the device has already added to her and her son’s quality of life.

“I put him in it the other day …. I took the trash out and when I turned around, Roman was standing behind me,” she said. “I’ve never turned around and had my kid standing behind me when I didn’t put him there. I think it’s really giving him a sense of independence that he’s never really felt before. So that’s pretty cool.

“This is so exciting, and I’m so incredibly grateful that he was able to get this. I really see this as our ‘life-changing’ moment. Especially now in COVID times; he hasn’t had therapy since February, which leaves it on me to make up for it,” said Sabrina. “The mind-muscle connections that he’ll be getting with daily use will be so good for him. Our bodies are meant to be in motion. Now he can be.”

Often, children with cerebral palsy or a similar mobility-related diagnosis spend the majority of their life in a wheelchair. The gait trainer strengthens their hip joints and muscles, allowing them to walk, encouraging the children to hold their heads up and control their own movements. This helps them live longer, healthier lives and be better able to join in activities that most of us take for granted.

NICA reviewed the Trexo Robotics gait trainer and found the devices have been shown to boost mobility and strengthen hip joints, which can lead to fewer surgeries and less pain.

NICA was created during a 1988 Special Session on tort reform to manage and pay for care for infants born with neurological injuries. The no-fault plan, paid for with annual fees paid by Florida doctors and hospitals, was designed to avoid costly lawsuits.

The state program now pays for the medical care of about 200 children. Last year, NICA’s budget was about $1.9 million. The program pays for health insurance policies, deductibles and co-payments for its charges as well as at-home care, even when it is provided by a parent. NICA also provides new therapies and devices like the Trexo Robotics gait trainer that are not yet covered by insurance or Medicaid. The child is covered for life and follows them wherever their family might move. On average, the life expectancy for children in the NICA program is 44 years, significantly longer than similar children without NICA support and care.

When Roman was 5 weeks old, Sabrina and her family moved to Missouri to take advantage of a top pediatric neurology center there. Just before he turned 2, he was accepted into NICA.

“We’ve got friends with children who have brain injuries not born in Florida,” she shared. “They spent years in court and won millions of dollars and they’re running out of money by the time the kids turn 18.”

Having a child with severe disabilities “is a really crappy situation to be in,” Sabrina said. “But I think (NICA) was the best outcome. I don’t have to worry about Roman, for the most part, way down the line.” 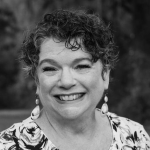