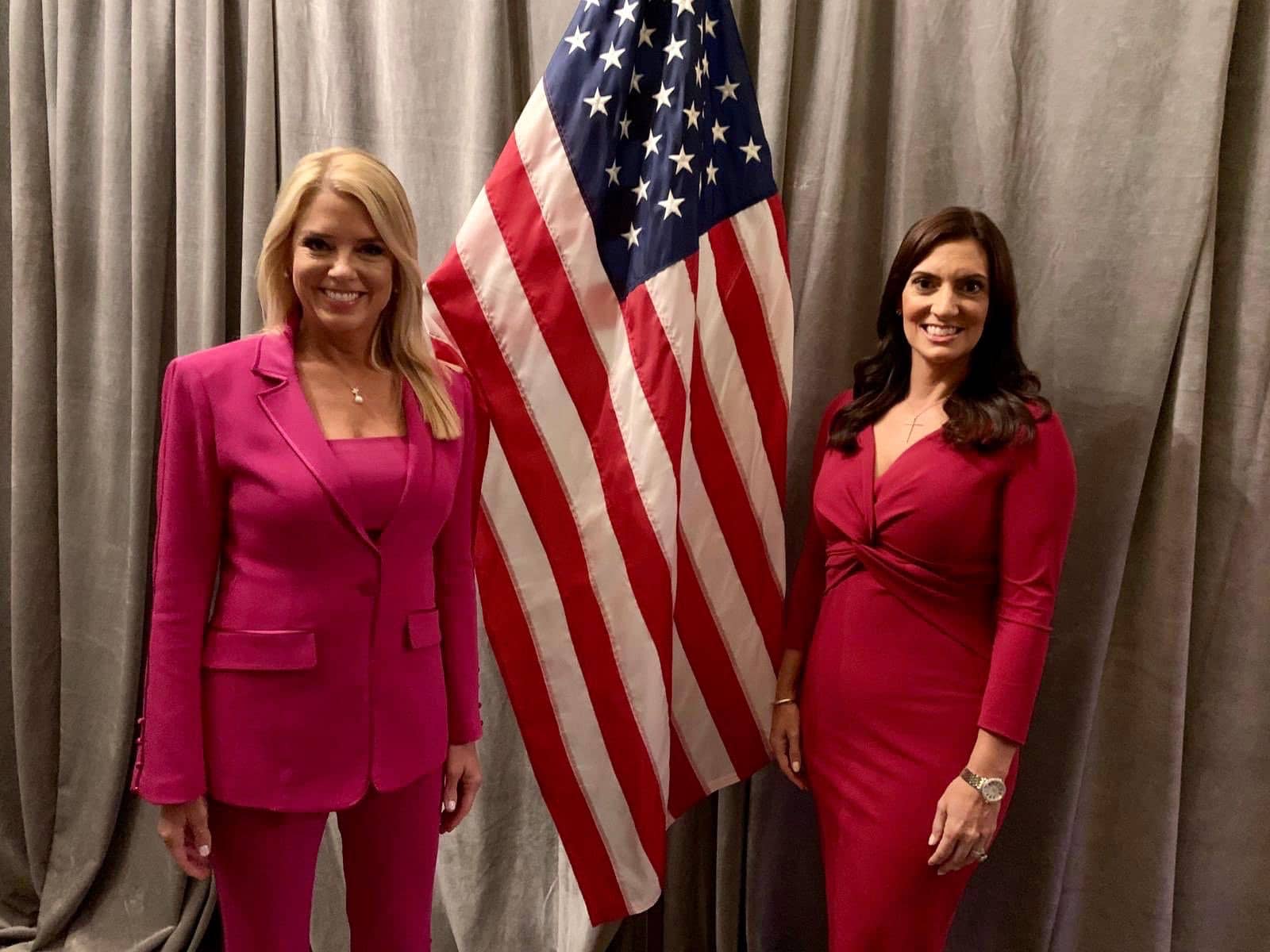 On the second day of the Republican National Convention, two of the most prominent members of the Florida GOP made the case for the President’s re-election by offering stark warnings of what a world without him would look like.

Bondi, currently a lobbyist with Ballard Partners, has long been an enthusiastic supporter of Donald Trump, including during the 2016 campaign when she appeared at the then-candidate’s campaign stops.

Bondi focused her attacks on Democratic nominee Joe Biden and son Hunter Biden, whom Republicans seek to make a central issue of the campaign.

Using the kind of pitched rhetoric familiar to those who followed her career in public life and as a commentator, the lawyer-turned-lobbyist took a star turn as a prosecutor, indicting the Bidens while extolling the President, in a choice between who is “saving” and who is “swindling” America.

“For Joe Biden, it’s been a land of opportunism, not opportunity … I’ve fought corruption and I know what it looks like,” Bondi said.

Hunter Biden, meanwhile, was “paid millions to do nothing … the son of the man responsible for [giving] US aid to Ukraine.”

Bondi also implicated the Bidens as sitting ducks for Beijing and the “bankers of the Chinese Communist Party.”

Bondi said “Donald Trump … is a tough, no-nonsense outsider who can’t be bought or intimidated,” a contrast to Biden, in her view.

Democrats, meanwhile, questioned Bondi’s own ethics in countermessaging her remarks. And left-leaning commentators cavilled about not getting a copy of Bondi’s speech in advance.

“Bondi is a lobbyist who, when she was Attorney General of Florida, accepted $25K from Donald Trump before deciding not to investigate Trump University on behalf of the Floridians who were scammed,” razzed the liberal American Bridge group.

In contrast to Bondi, Nunez took a while longer to get aboard the Trump train, but her comments were especially touted by the campaign ahead of the event. They noted that she, along with Cuban-American businessman Maximo Alvarez, both testify to the President’s commitment to fight communism in Cuba.

Alvarez’s speech was talked up on a number of right-leaning national outlets in advance of his speech, and Nunez effectively bookended his message, a play to Cuban Republicans and others who hew to the anti-communist narrative.

“Faith, family, and American freedom” was the theme of her narrative, a flag-draped stack of red meat lines.

The speech bristled with warnings about “the radical left,” of moves afoot to “cower to global progressives … normalize socialism.”

The Lieutenant Governor posited a stark choice between a “dark road of chaos and government control or freedom and opportunity.”

To that end, Trump, for whom “our country yearned” in 2016, “a leader who would work tirelessly,” who has “shown unwavering resolve in confronting tyrants in Venezuela, Cuba, Iran, and China.”

Despite the LG’s evolution, there are those on the left who won’t forget her previous opposition to Trump.

“Donald Trump certainly hasn’t changed since Nuñez tweeted her criticism — he continues to sow division, lie to the American people, and traffic in hate,” said Florida Democratic Party spokeswoman Frances Swanson. “While it’s clear Republican leadership has settled for chaos and incompetence, the American people don’t have to.”