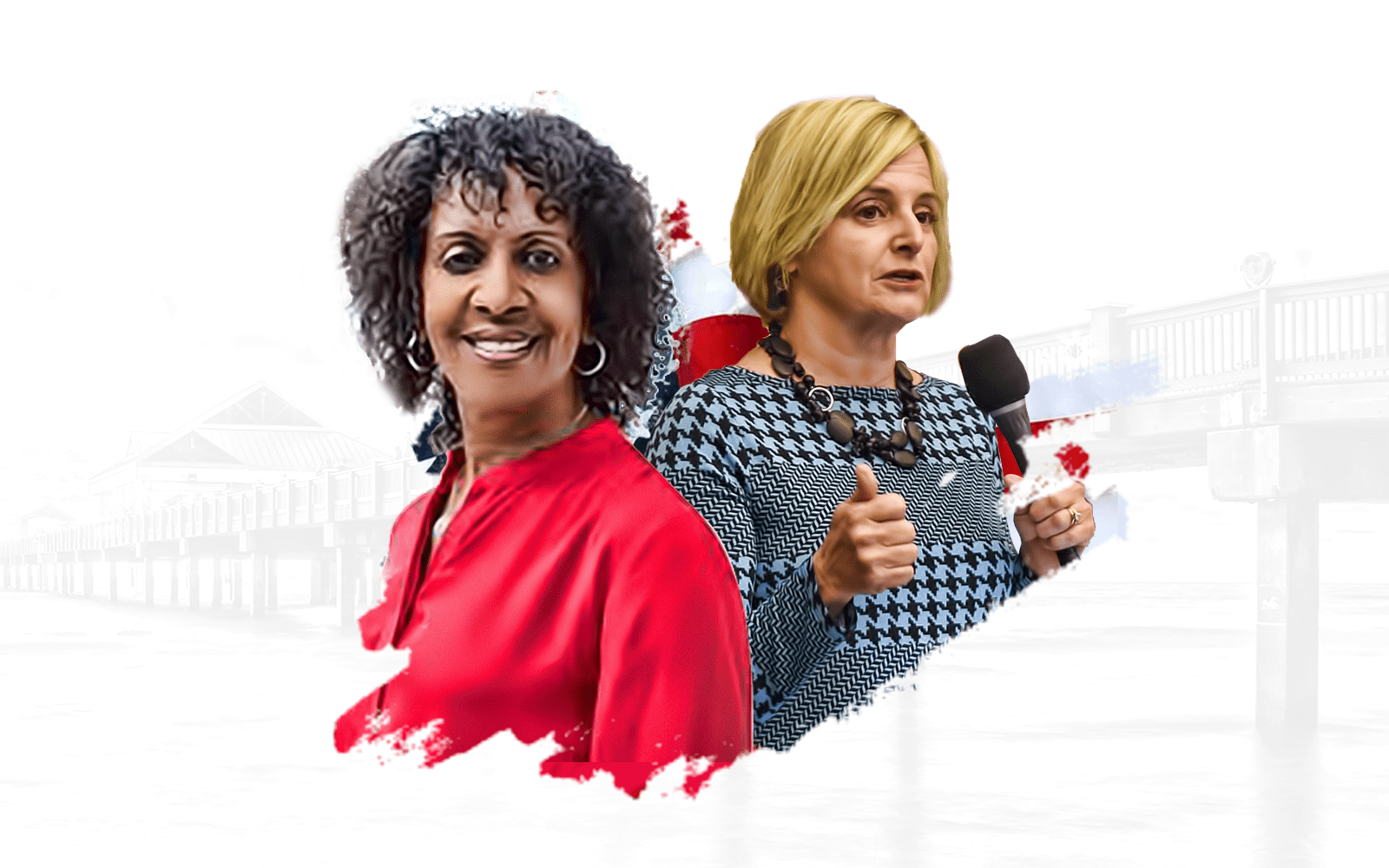 A Republican hasn't held the seat in nearly two decades.

Senate District 3 has stood tall as a Democratic stronghold for nearly two decades. This year, however, Senate Republicans are wagering that a GOP newcomer can reclaim it.

Since May 1, the committee has poured roughly $88,500 into Preston’s campaign. Their latest contribution was recorded on Aug. 13 for a single $21,500 transaction. To date, more than half of Preston’s total earnings have come from the GOP committee, campaign finance records show.

The FRSCC has also worked to put Preston on television. In early July, the committee financed and released an on-air ad boasting Preston’s high-profile endorsement from Gov. Ron DeSantis.

“Marva Preston is the conservative we can count on,” the ad says. “Endorsed by Gov. Ron DeSantis, Preston is pro-life, pro-second amendment and raised right here in North Florida. A 25-year law enforcement veteran, Preston fought crime and public corruption. In the Florida Senate, she’ll stand with Governor DeSantis, defend our conservative values, and fight for North Florida’s families. We can count on it.”

As a candidate who has never held elected office, Preston’s campaign centers on her “history of service.” According to her website, her background includes time as a homicide detective and a public corruption investigator. Her website says she also served as the president of Wakulla’s National Association on Mental Illness and founded Grace Embraced Ministry, where she is a minister.

Defeating Ausley will not be an easy task. Ausley has served as the state Representative for House District 9 since 2016. Before that, she served in the Florida House from 2000 to 2008. In her bid for SD 3, she has picked up endorsements from area leaders such as Sen. Bill Montford, Rep. Ramon Alexander and Congressman Al Lawson.

What’s more, Ausley is better funded than Preston. According to the latest campaign finance records, Ausley has $322,752 cash on hand. Preston, meanwhile, only has $56,809 on hand.

Ausely is also the chairperson and associated candidate of Florida 2020, a political committee that’s banked $90,690 per the latest finance report.