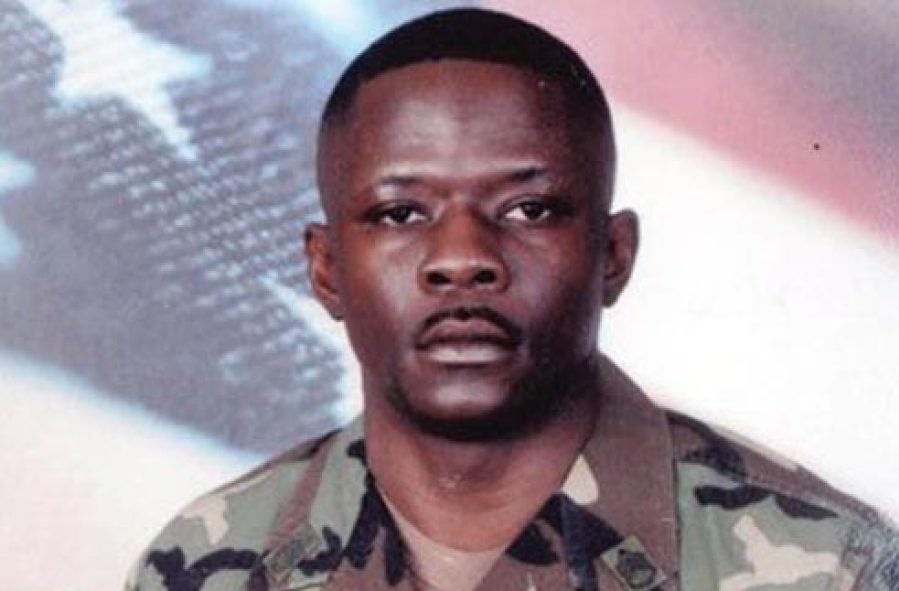 Cache died from severe burns and other wounds he sustained during action in Iraq in 2005, but not before he saved the lives of several of his soldiers during that battle. For his valor, he received the Silver Star Medal.

Democratic U.S. Rep. Stephanie Murphy of Winter Park, whose district includes Oviedo and Cashe’s birthplace Sanford, has been pushing for several years to have that medal upgraded. Republican U.S. Rep. Michael Waltz of St. Augustine Beach, an Army combat veteran representing the neighboring congressional district, joined that effort after he was elected in 2018. Also onboard is Republican Rep. Dan Crenshaw of Texas.

The trio formally asked Esper last November to support the Medal of Honor for Cashe.

On August 24, Esper wrote back saying he has had the case evaluated, and that he agrees.

“After giving the nomination careful consideration, I agree that SFC Cashe’s actions merit award of the Medal of Honor,” Esper wrote in his letter to the members of Congress.

Esper cautioned that a time limit has expired. So Congress will have to waive a statute of limitations affecting Cashe’s case. Waltz and Crenshaw already have gotten approval for a floor amendment attached to the 2020 National Defense Authorization Act, which the House has passed. However, there has been no action yet in the U.S. Senate. The House sponsors are looking for a Senate sponsor.

The final decision about whether to award Cashe the Medal of Honor rests with President Donald Trump. Esper wrote that he will provide his endorsement to Trump.

In 2005, while deployed to Iraq, Cashe saved multiple soldiers under his command after their vehicle hit an improvised explosive device and caught fire. He returned to the burning vehicle several times to rescue soldiers from the flames, all while on fire himself, and while exposed to incoming enemy gunfire. He later died from his wounds.

“Alwyn was a hero in the purest and most profound sense. He gave his own life to save the lives of his fellow soldiers,” Murphy said in a news release. “I am overjoyed that the Secretary of Defense has determined that Sgt. 1st Class Cashe’s actions merit the Medal of Honor, a conclusion I strongly share. I will work with my colleagues to swiftly grant the President the authority he needs to provide this valiant soldier with the recognition he earned.”

Cashe would be the first African American recipient of the award for service in Iraq or Afghanistan.

“Alwyn Cashe’s extraordinary courage on behalf of his fellow soldiers, in the face of danger and death, embodies everything the Medal of Honor represents,” Waltz said in the release. “Cashe is a Florida and American hero. He without a doubt deserves our nation’s highest honor — and I’m very glad Secretary Esper and our Department of Defense agree and recognize his heroic actions. Now Congress needs to act to waive the five-year statute of limitations and allow the Department of Defense’s recommendation to move forward and proceed to the President to give final approval.”

In 2018 Murphy pushed through a bill, and Trump signed it, to rename the Oviedo post office at 567 E. Franklin St. as “The Sergeant First Class Alwyn Crendall Cashe Post Office Building.”