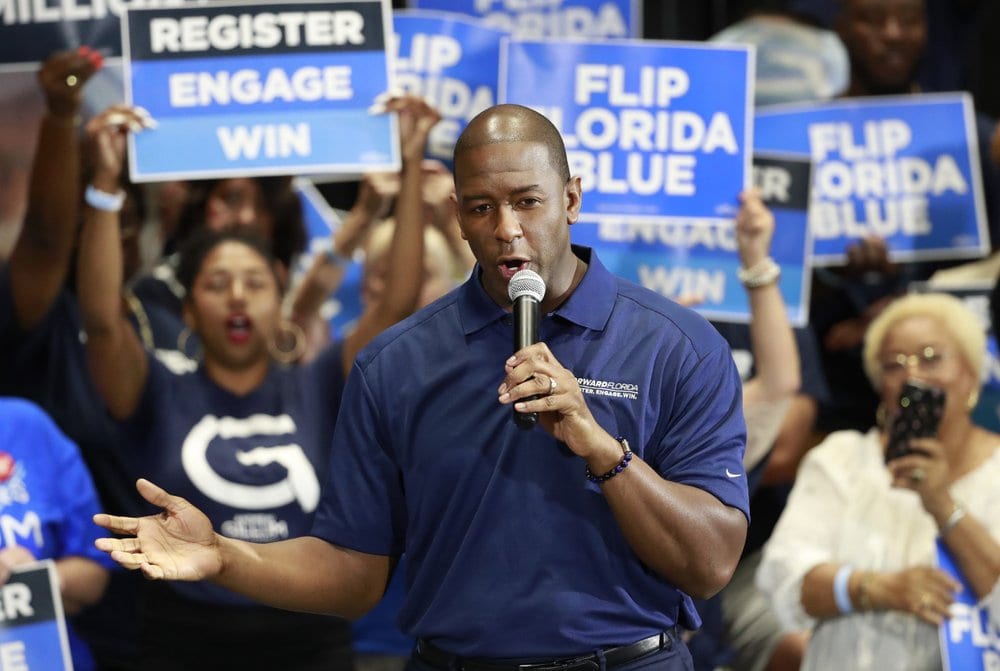 With under 70 days before Election Day, Andrew Gillum‘s political continues shoveling most of its money into the pockets of lawyers instead of the registration of voters.

This month, the former Democratic gubernatorial candidate’s political committee spent another quarter-million dollars on legal counsel. The shift has come during a stunning fall from grace for Gillum, who came within recount distance of winning the Governor’s mansion but whose personal problems now land him in headlines more often than politics.

Since Election Day 2018, Gillum’s Forward Florida political committee spent $1.4 million on various legal services. That included three payments totaling $253,000 in the first three weeks of August. Combined with another a second $53,000 paid to Perkins Coie on Aug. 14, that marked the most fees paid to a firm in a one-month period.

Previously, the most that the political committee spent on legal fees in a single month was $241,000 in November 2019.

At that moment, the committee was under fire for not directing more of its assets toward registering voters. Forward Florida officials at the time said more than 100,000 voters had been registered by the political committee, but Gillum after his gubernatorial loss spoke about registering 1 million new voters before the presidential election.

But since that point, personal scandal rocked Gillum’s public image. In March, Gillum entered rehab for alcohol abuse after being found inebriated in a hotel room where someone else was passed out from a suspected drug overdose. In a video posted to Instagram last month, the former Tallahassee Mayor reflected on his depression following the 2018 gubernatorial election.

Notably, Forward Florida went into Election Day in 2018 with more than $3 million still in the bank — a remarkable sum considering the gap between him and now-Gov. Ron DeSantis was a mere 33,000 votes, or 0.41%.

The lack of eleventh-hour spending enraged some of Gillum’s most prominent donors, including Orlando attorney John Morgan.