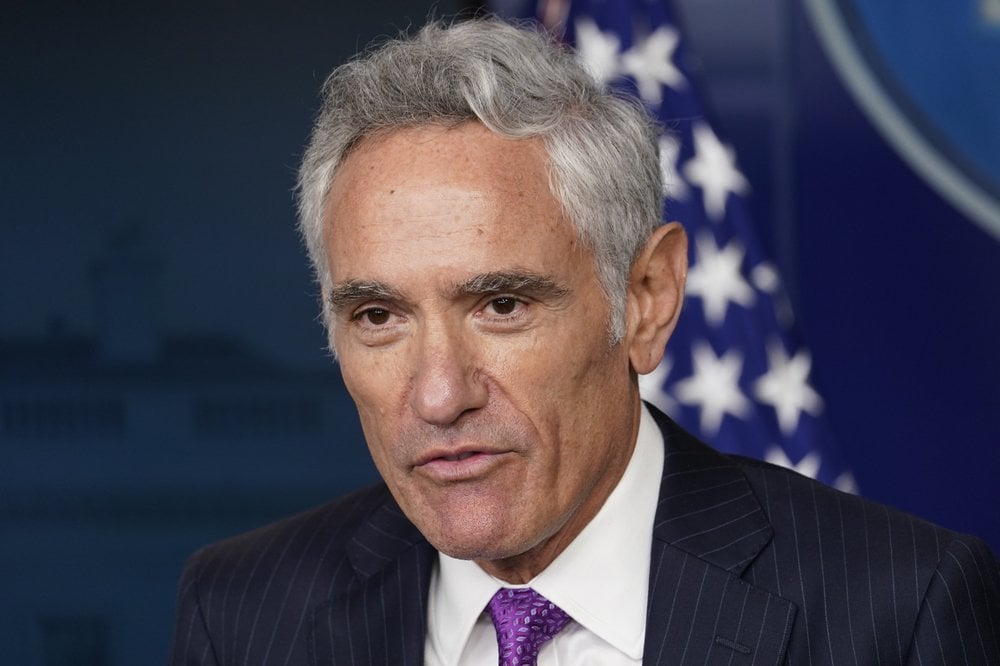 After last week’s emphasis on getting life and the economy in Florida back to normal, Gov. Ron DeSantis started this week off with a message that suggested monitoring asymptomatic COVID-19 is not the state’s priority going forward.

DeSantis took a three-stop tour of Florida Monday focusing on a range of testing- and reopening-related efforts. Tagging along and stealing the show at each of the three media appearances was Dr. Scott Atlas, a recent appointee to the White House Coronavirus Task Force who has been a frequent Fox News guest and critical of lockdowns.

Atlas and DeSantis’ tour of Florida — with afternoon stops in The Villages and Tampa after kicking the morning off in Tallahassee — comes on the eve of the six-month mark of known COVID-19 cases in Florida.

“I think that we understand what we need to do, but we will never do any of these lockdowns again,” DeSantis said in The Villages. “I hear people say they’ll shut down the country, and honestly I cringe because we know places that have done that.”

He cited Peru, which has one of the worst COVID-19 fatality rates despite having “draconian,” military-enforced lockdowns.

During the Tallahassee press conference, Atlas railed against the “sloppy thinking” regarding longterm virus consequences that led the Big Ten collegiate sports conference to suspend its fall season. Neither should public policy’s role be to “just eliminate COVID-19 infection at all costs,” he added.

And with more classrooms reopening Monday, he hoped to assuage fears about sending children to in-person classes. Outbreaks in schools will happen, he said, but spread among low-risk children would do little to spread it to adults, a drum DeSantis has beaten for weeks.

“We are the only country of our peer nations in the Western world who are this hysterical about opening schools,” Atlas said.

Last week, the Department of Health removed three daily reports on childcare facilities, schools and higher education institutions from its archives, after it began publishing versions of it daily over the weekend prior.

“We’ve been months and months of this where people will try to spin things in a conspiratorial way,” DeSantis said.

Surgeon General Scott Rivkees, who at the roundtable made his first public appearance in months, said releasing that report was an accident and that DOH is still making improvements to it.

The Governor offered his input for what a final version of that report should look like, including a split between symptomatic and asymptomatic cases at those institutions.

“I think that needs to be in there because I think these cases get spun as if they’re clinically significant,” DeSantis said. “Can you imagine if we carpet-bombed every school, K through 12, for flu tests? How many influenza positive tests would we have?”

In The Villages, Atlas pointed to a study showing the flu is more deadly for school-aged children than COVID-19 is.

“What that means is when you’re talking about closing schools for the children during this then you must … close schools from November through April, but you don’t talk about that because that’s really not rational policy,” he said.

If teachers keep their distance and remain at the front of the classroom, Education Commissioner Richard Corcoran said teachers could remain safe.

“Kids are very low spreaders, so you don’t see that,” Corcoran said. “You don’t have a case in Florida yet where we’ve seen a child in the K-12 setting spread it to an adult. But the other way around is much more dangerous.”

Anyone may get a test, he stressed, but the U.S. Centers for Disease Control and Prevention guidelines outline there should be a rationale for getting a test.

“There must be a prioritization because we need to use the testing not to lock down to society,” Atlas said. “We need to have the testing result in something very positive, and that is decreasing deaths.”

Added Atlas: “You’re locking up healthy, asymptomatic people who are the bulk of the workforce here, and that is really a very harmful policy, and that is an inappropriate policy.”

At UF Health at The Villages, DeSantis told reporters the private sector gained 74,000 jobs in July.

“Just imagine, if we had shut down the state, we’d have lost another three or four hundred thousand jobs,” the Governor said.

Following the Tallahassee press conference, DeSantis’ spokesman Fred Piccolo fought back against questions that the state is following a policy of herd immunity, but he said he wouldn’t dispute that “don’t sweat testing” is a valid interpretation of the state’s message.

And like Atlas said reopening classrooms would lead to outbreaks, Piccolo deferred to the White House task force advisor.

As COVID-19 outbreaks began to surge again in May and June, the median age of new infections plummeted from the 50s and 60s to the low and mid 30s. At the time, DeSantis attributed that spread to “some erosion in the social distancing” among young adults.

Following the summer Sunbelt COVID-19 resurgence, Florida began reporting back-to-back days of record confirmed fatalities. On the deadliest day of the pandemic in Florida, at least 180 died with the virus.

Daily testing in Florida peaked near 100,000 individuals tested in July. Fewer people are testing positive now, and Atlas dispelled fears the government was trying to suppress testing. Instead he attributed the fall in testing to fewer people getting sick.

“There is no effort to reduce testing, in fact, the Trump administration has the most massive testing capacity in the world by multiples, and we are wanting to increase the testing,” Atlas said.

Asked in The Villages about whether reopening society could start another pandemic wave, the Governor downplayed the possibility.

“I know with the Memorial Day, but people are very active now too, but I think you can be very active and do it in a way that makes sense,” DeSantis said.

Piccolo said he is not aware of plans to move to Phase Three of the reopening strategy yet.