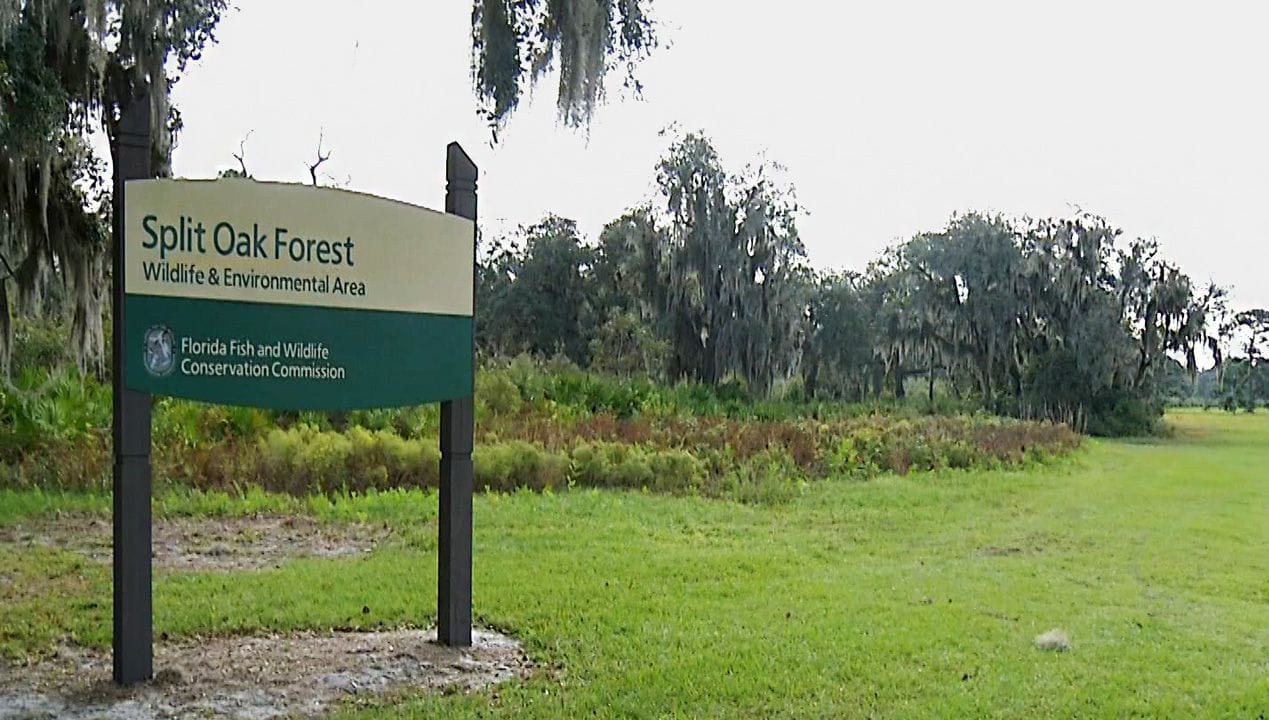 The ruling requires the two counties to mediate.

A circuit judge on Tuesday slapped down a request by Osceola County to stop an election question about the Split Oak Forest from appearing on the Orange County ballot in the General Election.

Circuit Court Judge Patricia Strowbridge abated Osceola’s request for an injunction to stop Orange County voters from considering a proposed county charter amendment. The proposal would put additional preservation protections on the Split Oak Forest Wildlife and Conservation Area. Those protections would stop a planned extension of a road through one corner of the preserve.

Strowbridge told Osceola that before it could sue Orange it must first go through mediation with the neighboring county. That process would take far more time than the critically short period, days, that Orange officials have to finalize the ballot layout for the Nov. 3 election.

Consequently, Orange County Supervisor of Elections Bill Cowles said Tuesday that the ballots would be sent to the printers with the charter amendment question on them, meaning Orange voters will get to vote on the issue. Military vote-by-mail ballots are sent out by Sept. 16.

“We appreciate the court’s willingness both to hear the matter on short notice and to rule in a timely manner. With the matter abated, we will move forward with the printing of ballots so that we can properly administer the fast approaching General Elections,” Cowles said in a written statement.

Osceola still may seek to ask the court to nullify the election, even after the fact, to prevent the charter amendment from going into effect. There was no immediate response from Osceola about how officials intend to proceed.

At issue is a plan to extend the Osceola Parkway eastward. Such an extension would provide a critical east-west arterial into a large region planned for major development in the next few years in southeastern Orange and northeastern Osceola.

However, to get there, the parkway extension would either need to pass through some existing housing developments, meaning destroying existing homes, or through the park, which was set aside in the 1990s with a pledge that the land would be preserved as a conservation area in perpetuity.

The owner of the road, the Central Florida Expressway Authority, decided late last year to build the road through the park. To do that, it would need permission from both counties. There were pledges for tradeoffs of additional preservation land, about 1,550 acres, to be provided by developers.

Both Osceola County and Orange County approved the plan in December.

Approvals drew strong backlash from Split Oak Forest defenders and many, though not all, environmental protection advocates from throughout Central Florida.

Last spring, the Orange County Charter Review Commission decided to put the question of Split Oak preservation before voters on the countywide ballot in the General Election. The proposal would prohibit Orange County from approving development plans that would degrade the park.

Strowbridge said the suit is out of line because counties must first go through mediation before they may sue each other. She left open the prospect that, should mediation be pursued and fail, she still could entertain the suit. But not now.

“We’re good,” said Orlando lawyer James Auffant, who, as a member of the Charter Review Commission, drafted the Split Oak proposal and shepherded it to approval. “We’re going forward with the election. Now it is in the hands of Orange County residents.”