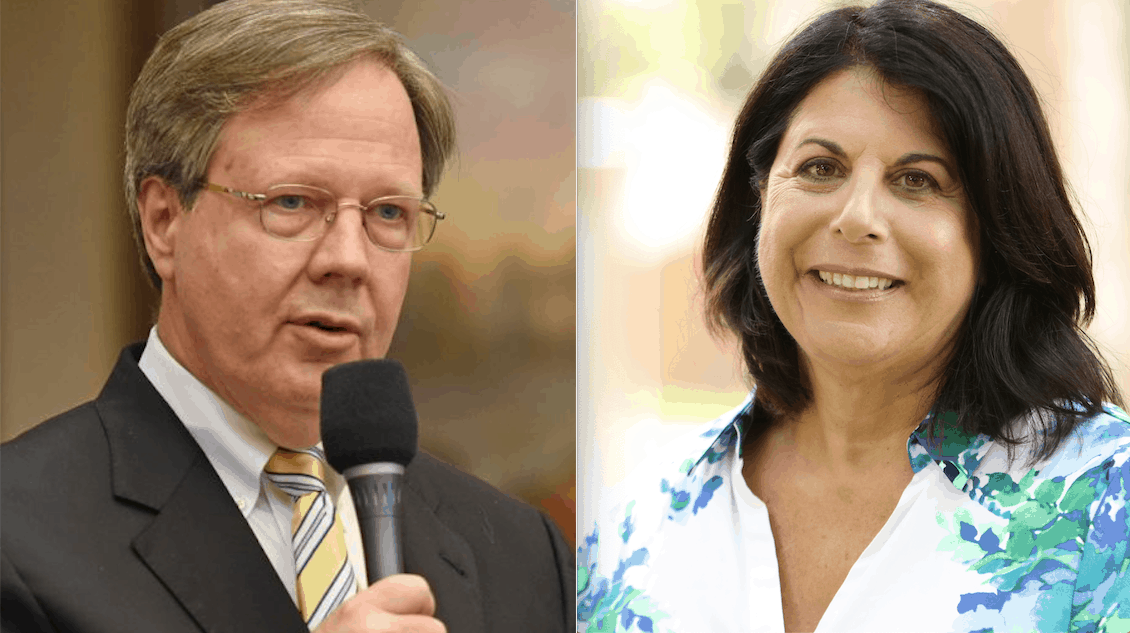 Where is Scott Plakon? He says she'll find out.

These are extraordinary times and they call for experienced leadership, insisted Plakon, who is seeking his sixth term in the Florida House of Representatives, his fourth representing House District 29. He points out he was there for recovery after the Great Recession and other crises, and that he’s a veteran lawmaker in the majority party, meaning he has the ear of the Republican leaders who control all of Florida’s government.

“I’m an experienced leader for a crisis like this,” Plakon said. “So to replace me at this point with a freshman Democrat, I think it’s hard for her to make the case that she’ll be able to be effective in solving the problems, some that we know going forward, and some that we still have to find out about.”

But what are you doing? Kagan demands. She said her campaign has found itself filling gaps, responding to constituents as a candidate, not as an office holder, when those constituents got frustrated with official channels.

“A lot of voters have reached out to me and they’re looking for leadership. They’re feeling ignored. They’re finding their leaders absent. We’re facing a pandemic, a high rate of unemployment, and they’re frightened, and they’re scared,” she said.

He contended he and his staff have helped hundreds of people with unemployment issues, and have been all over the district listening and helping. Before that, he says, he has a long history of effectiveness in the Legislature, passing more than 40 policy bills, the vast majority with bipartisan support.

“She’s been running this [social media] hashtag thing: #WhereIsPlakon? She’s about to find out,” he said.

There is a high level of animosity between these two candidates who ran against each other in 2018, with Plakon winning 51%-49%. They began this election’s campaign last fall with some blistering, angry comments toward one another.

They both have formidable war chests.

Plakon, a publisher from Lake Mary, has topped the $200,000 mark in fundraising, including $20,000 he lent his own campaign, according to the latest campaign finance reports filed with the Florida Division of Elections, through August 21. He had a minor Republican primary challenge, which he easily won.

Kagan, a criminal defense lawyer from Longwood, topped $100,000, according to the latest reports. Unlike in 2018, when she won a highly-contentious Democratic primary, she had no party challenge this year, and she already has raised more money than she did in that cycle.

There also is an independent candidate in the race, Juan Rodriguez of Lake Mary.

Plakon and Kagan offer clear differences in assessing the crises facing the region, the state, and the nation, and in what they believe needs to be done.

“The idea of sheltering in place so to speak has its own set of consequences that some would say are worse than reopening,” he said. “There are some voices that say just shut the economy down again. I’m not one of them. Because of the damage it has done, suicide and domestic violence, child abuse, drug abuse, would be profound.”

The state budget is going to be tough, but it’s nothing Florida hasn’t been through before, showing that conservative fiscal restraint works, even to end recessions, he said. That includes his own experience as a Representative in 2008-2012 when the state was in the throes of the Great Recession.

“This is going to be a very similar approach. In the appropriations committee, what we have to do in each of the budget silos is to bring out the priorities,” Plakon said. “There is going to be nothing pleasant about this because we’re going to have significantly diminished dollars to work with. In terms of prioritizing, we have to put I think life and public safety first.”

While there is always need to advance racial equality, the nation and Florida have come a long ways, Plakon argues.

“Seminole County is way ahead of the curve when it comes to issues related to race,” he said.

He points to the fact that there were no riots in Sanford following the Trayvon Martin case, while there were nationally, as evidence of how hard the community has worked on the issues, led in part by Christian Life Missions, which he has been very active in.

Kagan is certain far too little has been done to address either the economic or health issues arising from the coronavirus crisis and is sharply critical of Republicans, Plakon included, for not calling for a special session of the Legislature to address them. She contended there are no plans for addressing the virus, the unemployment system, the financial hits to local governments, or the schools.

“We need to have meetings. We need to have committees put together and we need to put an immediate plan into effect to take away the fear and then we can buckle down on other issues that have already been prevalent, like health care, and expanding Medicaid, like making sure our schools are safe, our teachers are paid, our unions are protected, making sure our drinking water is there for ourselves and safe, making sure our rural boundary isn’t effected,” she said.

As a criminal defense attorney and a former prosecutor, Kagan said she is rankled whenever Plakon, or any other Republican without criminal justice backgrounds, tries to take the high ground in supporting law enforcement. Of course she supports law enforcement, she said, and that means she has no interest in defunding police or that she supports riots or violence in protests. But that doesn’t mean there isn’t need for reform.

“What I do believe in is oversight and a restructuring on many levels: education, training, recruiting, an outside commission that does oversight,” she said. “We need to get rid of mandatory minimums… We warehouse non-violent felony offenders. Our jailhouses are overcrowded.”

She said her practice also has led her to believe systemic racial injustice is “undeniable.”

“Right now, the video cams and phones have brought attention to what was going under the rug. I think that it’s good. It’s healthy. We need to get through the bad to get to the good. And I think we need to eradicate systemic racism. It does exist.”

previousLast Call for 9.2.20 — A prime-time read of what’s going down in Florida politics