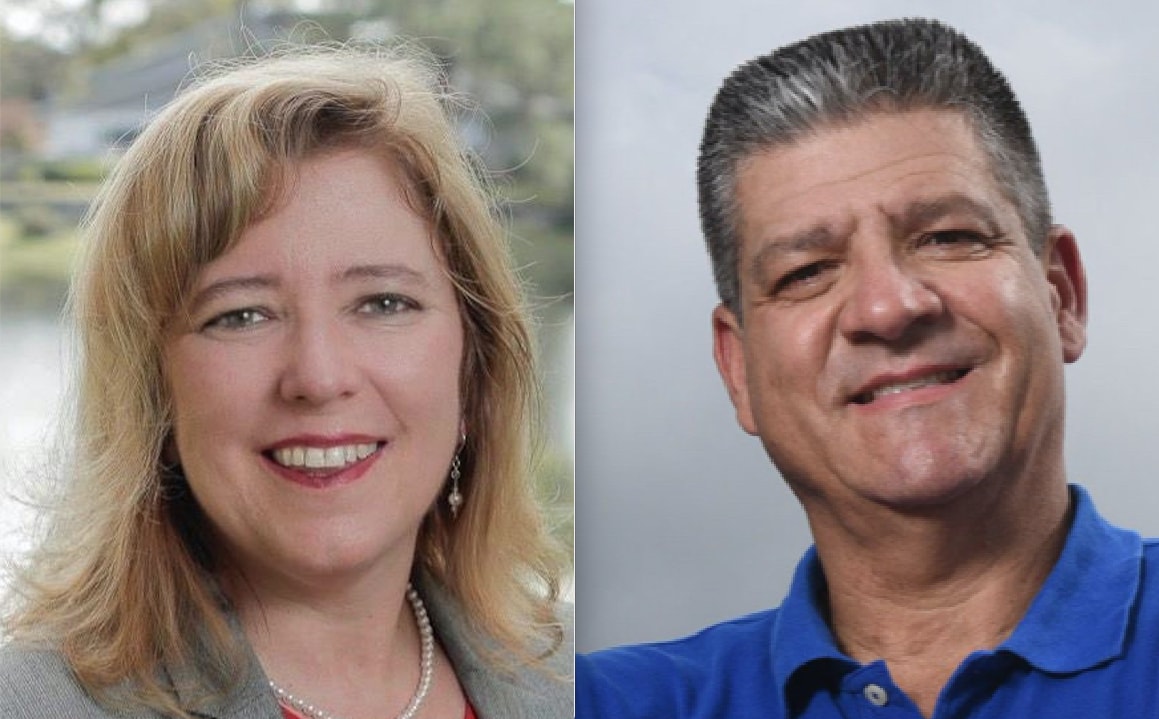 Goff-Marcil and Cortes in a rematch of the 2018 election.

House District 30 voters will be able to decide between Democratic Rep. Joy Goff-Marcil and Republican former Rep. Bob Cortes based on both of their records.

The rematch of the 2018 HD 30 election means that Goff-Marcil, who won that contest and now has two years of legislative record, and Cortes, who served the previous two terms serving the district before Goff-Marcil ousted him, can run on his too.

But there is a stark difference, and consequently a matter of interpretation, between what Cortes was able to do in four years as part of the party that controls all facets of Florida’s government, and what Goff-Marcil as a minority member did under similar Republican leadership. He’s running mainly on bills he got passed. She’s running more on bills she opposed and was able to help stop, or was able to modify in committee.

She cited Republican-backed bills on issues ranging from abortion to guns to home rule bills, that she believed would split between her votes and Cortes’.

“I think I have been a very effective legislator because I have met with so many people and so many groups here in my district and listened to them. How you can tell I’m an effective legislator is to look at my voting record. We both have records. You’ll see that we’re completely opposite when anything is controversial,” Goff-Marcil said.

“There are a lot of bills out there that we all vote yes. But the ones that are controversial, I have voted the opposite of him. And thats’ important, because we have stopped a lot of really bad law from becoming law,” Goff-Marcil said.

Saying, “we’re living in unprecedented times,” Cortes maintains those times call for someone with a record of legislative effectiveness.

“If you want to do a comparison, I passed 21 bills in the Legislature. And out of those 21,  17 passed in a bipartisan manner. Most of the bills I passed had the support of both Republicans and Democrats, which shows me and my ability in leadership to work both sides of the aisle. In her two years, she did not pass a single policy bill. I passed multiple appropriation bills that brought funding back to the district, especially $25 million for the student center at Seminole State College. She brought zero dollars back to the district in her two years,” Cortes said. “So the contrast is basically effectiveness.”

So what will HD 30 voters conclude? That Goff-Marcil can’t get anything done, as Cortes says. Or that Cortes represents the kinds of Republican policies that Goff-Marcil should oppose.

The entirely suburban district has flipped several times over the past couple of decades, but has been trending more Democratic. In the latest book-closing report for the primaries, Democrats held a nearly 8-point lead in voter registration.

Neither Cortes nor Goff-Marcil faced Aug. 18 primary challenges. As they turn the corner to the Nov. 3 General Election, Cortes has $68,450 in the bank while Goff-Marcil has $39,561, according to the latest reports on file with the Florida Division of Elections through Aug. 21.

Both candidates talk about the need to reform the state’s unemployment system and at least consider expanding benefits. Both call for the need to push to diversify an economy that has been doubly hobbled by the coronavirus crisis because tourism and travel fell so hard and may be slow to recover. Both profess commitments to the environment.

Goff-Marcil ran then, and says she’s running again this time, with emphasis on pushing for public education and particularly for teachers, for environmental protection, for expansion of access to health care, what she calls “sensible” gun law reforms, support for local small businesses, and to oppose efforts for the Legislature to preempt home rule control for local  governments.

Many of those issues, she said, have been exacerbated by the coronavirus crisis, which has crashed the economy and forced additional loads onto schools and teachers. It also, she said, has increased the need for a Democratic initiative: to expand Medicaid in Florida.

“People are terrified because they are losing their job and their health care, and now they have the chance of getting a life-threatening virus,” Goff-Marcil said. “We needed to expand Medicaid back before the pandemic. That could be another huge problem. That’s still unfinished.”

Cortes said the top priority is rebooting the economy, “to get us back on track where we were prior to this pandemic, to keep our families and children safe as we go through this.

“Next year’s Legislative Session is going to be completely laden with pandemic issues,” he said. “We’ve never been through a pandemic like this before in modern times. So what are the policy issues that need to be changed from what we’ve learned from this pandemic? What are the budgetary shortfalls we are going to have because of the economy being partially shut down for part of this year? Tourism is one of the big ones that has taken a huge hit. What are the things we need to do to get us back on track, to get jobs, to get tourism people coming back to Florida, all while we keep safe?”