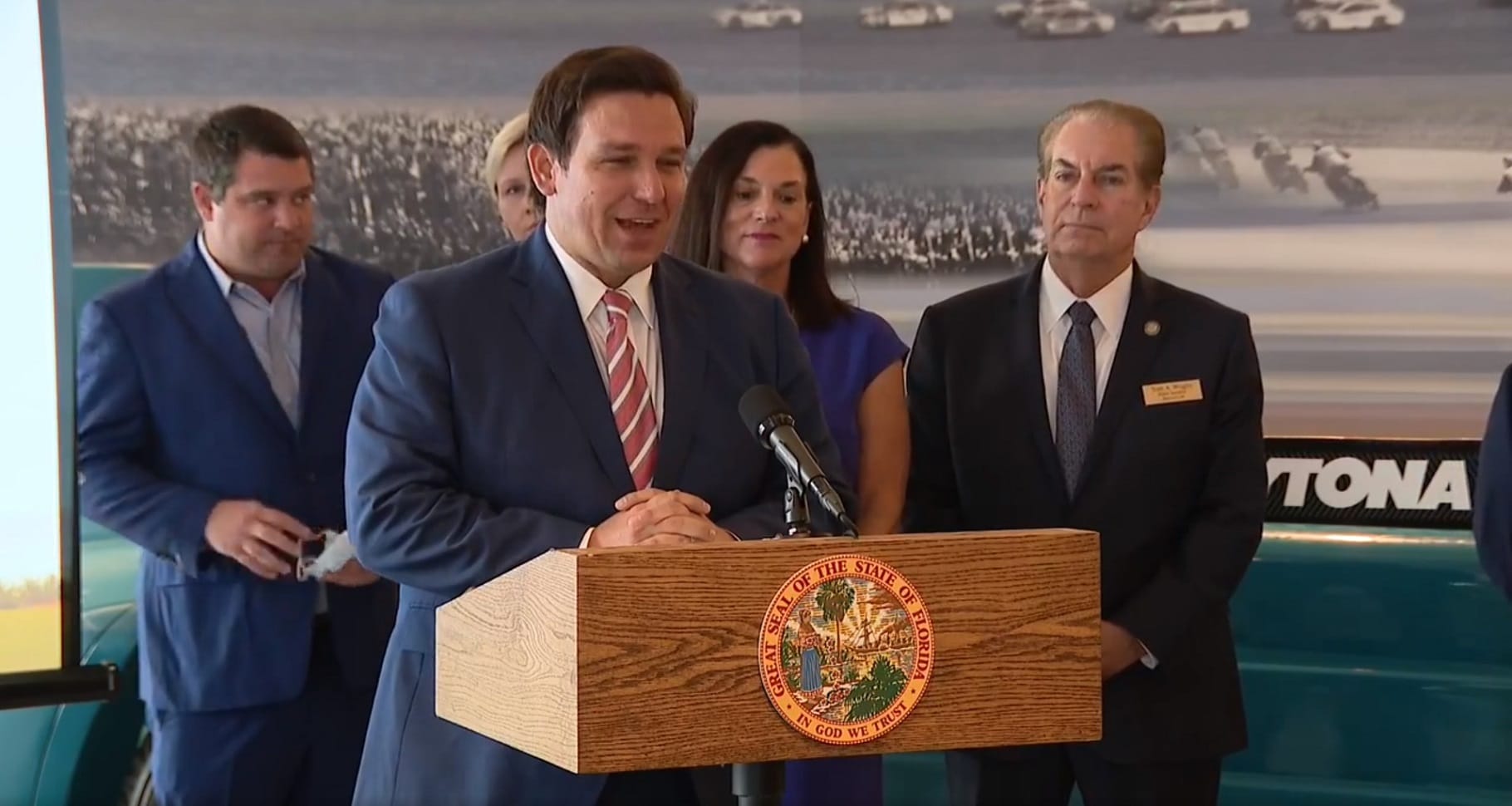 VISIT FLORIDA is releasing a new ad encouraging Floridians to vacation in the state, culminating a week and a half that saw Gov. Ron DeSantis showcase the state’s leisure industry.

The COVID-19 pandemic looks like it will end the streak of record-breaking annual tourism in the state. But the Governor has spent the last couple of weeks attempting to kick start what is normally the state’s largest industry.

Outbreaks have been on the decline in Florida since mid-July after the summer resurgence. New cases, hospital metrics and, more recently, daily deaths, have been trending in the right direction.

“I think that we want to continue that momentum, but we also understand that we’ve got a lot of folks out there that have been hurting over these last few months,” DeSantis said. “We have a lot of people who had their livelihoods taken away when our tourism industry collapsed at the end of March.”

The Governor traveled to Daytona for the announcement alongside VISIT FLORIDA CEO Dana Young and state lawmakers bringing optimistic updates on the pandemic’s status.

Those who weren’t speaking did not wear masks, breaking the norm for coronavirus-era press conferences. Sen. Tom Wright even gave Young a parting cheek-to-cheek kiss at the event’s conclusion.

DeSantis praised Volusia County for keeping their beaches open despite “hysteria in the air” in March. Other counties closed their beaches under public pressure, which he said was not an evidence-based decision because of the open-air nature of beaches.

“I think what we can say is having people have access to your beach has not been a contributor to any type of community outbreak,” DeSantis said.

The Governor did not issue a statewide beach closure but issued one for the remainder of Broward and Palm Beach counties that had not closed their beaches by late March.

“People said you had to do that. It’s just so important,” he said. “I did not do that, I was criticized for it of course, but it was the right decision.”

Theme parks and professional sports shut down in March, along with most of the economy. Last week, the Governor addressed both at the Miami Dolphins’ Hard Rock Stadium and Universal Studios.

Despite theme parks opening this summer, including Walt Disney World right at the pandemic’s peak, no major outbreaks have been tied to resorts, DeSantis said.

DeSantis also encouraged theme parks to up their capacity after their started with a soft relaunch.

“I think they made the business decision to start off very conservative, which I think was smart,” he said, adding that he took his children to see the “Back to the Future” Delorean at Universal Studios.

VISIT FLORIDA’s ad — which will run digitally on TV and on billboards — focused on the outdoor experiences in the Sunshine State as an effort to get Floridians to take a vacation again. The ad features shots of people golfing, fishing and snorkeling.

Florida was on its way toward an 11th year of record-breaking tourism, but tourism revenue fell 60% in the second quarter, “decimated by the crisis,” Young said. Tourism is typically the state’s largest industry, but as it declined this year, agriculture has supplanted it.

Like she said during April’s Re-Open Florida Task Force meetings, the focus for tourism marketing as the economy restarts would be to drive out in-state travelers.

The state marketing arm’s studies show people are more comfortable taking shorter trips to vacation, opting to drive instead of fly, she added. That informed the decision to focus on in-state travel.

But DeSantis is already encouraging people to fly again. During a stop at Fort Lauderdale-Hollywood International Airport last week, he stressed that airports haven’t been vectors of the virus.

“But if you pack family into a car and drive compared to flying in terms of just the (safety), both with coronavirus and in general, the airplane is statistically definitely a safer, safer bet,” he added.

VISIT FLORIDA has been controversial in the Legislature, and became a bargaining chip during the 2020 Legislative Session. Ultimately, the House and Speaker José Oliva conceded to funding the organization with $50 million for another year.

Philosophically, arguments against the marketing arm resonate with the Governor, he said. But crises like hurricanes and oil spill necessitate sending a message that Florida is safe.

“Here is kind of a crisis time,” DeSantis said. “We’ve had a big decline, and so this is really going to be, I think, an invaluable tool to help show folks that Florida’s back and that we welcome folks.”

nextLast Call for 9.2.20 — A prime-time read of what’s going down in Florida politics