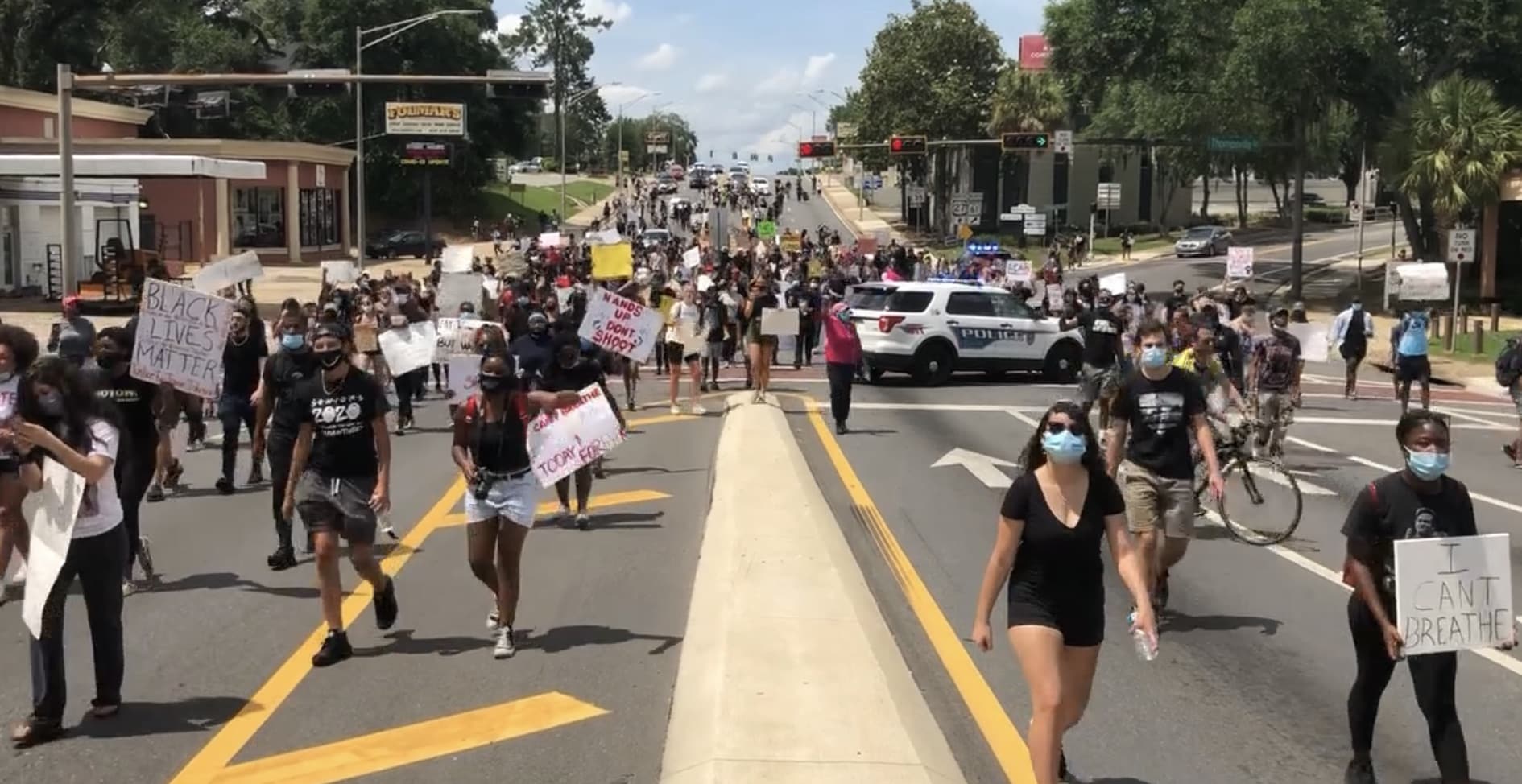 A capital city activist group is taking donations to help protect themselves from law enforcement and white supremacists.

TCAC has organized several Black Lives Matter protests in recent months, all of which the county has deemed “mostly peaceful.” A weekend incident involving TCAC, however, prompted county leaders to order a state of emergency and countywide curfews to prevent an escalation.

During a demonstration Saturday outside of the Florida Historic Capitol, a man drew a firearm after a physical altercation between him and demonstrators. The Tallahassee Police Department  (TPD) and State Attorney’s office first deemed the unnamed man’s response as lawful. The next day, however, Tallahassee Mayor John Dailey said an investigation is ongoing.

“We’re asking our community members to back the movement, to help support us to keep the organizers safe and to help do further training,” Love said. “That way we can keep the protesters that join us safe from violent action like the kind that we saw this weekend.”

The incident was also noticed by the Southern Poverty Law Center. In a statement, SPLC Policy Director Carrie Boyd urged State Attorney Jack Campbell to look at the altercation with “fresh eyes” and not blindly trust TPD.

“People who are exercising their right to peacefully protest should not fear that they will be shot and killed,” Boyd said. “The recent tendency of police to look the other way and condone this behavior in Tallahassee and other places is disturbing and must be called out. Let’s make this clear: if a Black counter-protester had pulled out a gun at any rally, the outcome would’ve been very different.”

Boyd added that video of the incident shows the man was not in danger before he drew a gun.

In their only statement, TPD applauded their officers’ quick response and de-escalation. They also made a point to say the event was non-permitted.

“Impromptu protests do not allow for adequate TPD support and create potentially dangerous conflicts with vehicles and other individuals,” TPD said.

Love would not comment on TCAC’s willingness to coordinate with police for future events. Instead, Love detailed the protest’s purpose.

The order claimed law enforcement was aware of persons requesting funds, people and equipment to respond to future threats.

“Law enforcement resources may not be immediately available to respond and intercede in a manner that would prevent escalating physical violence and the risk of bodily harm that may occur at impromptu protests,” the proclamation reads.

The order will expire Tuesday, Sept. 8.