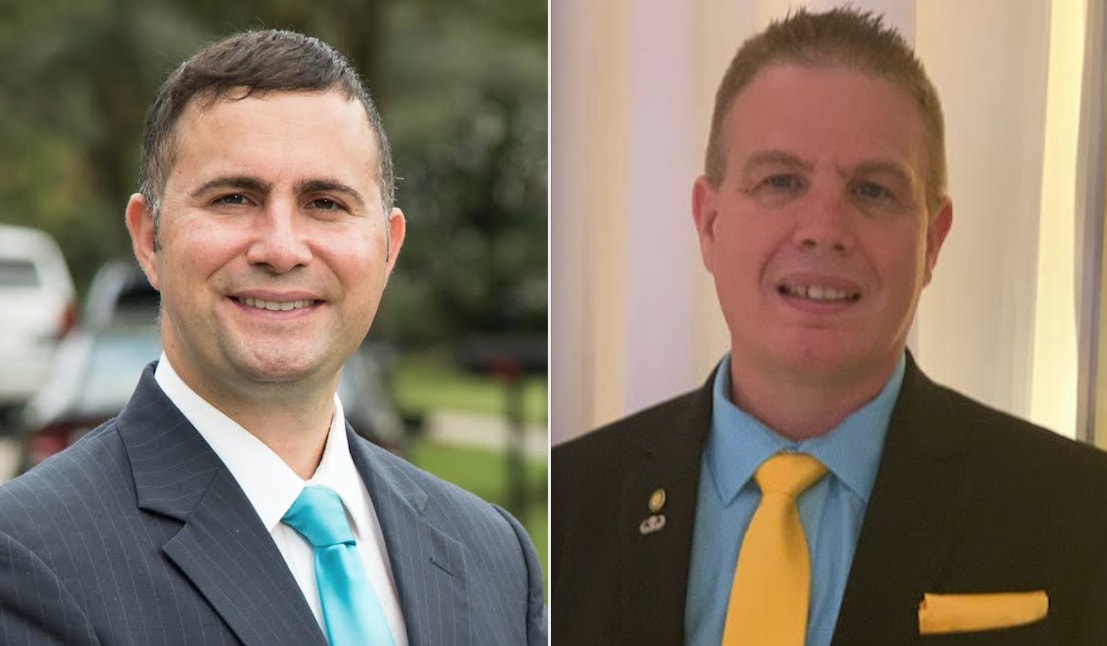 Republican Bill Olson believes Congress should do less, not more.

Democratic Rep. Darren Soto sees a next term as a chance to push things forward that are making a little progress here and there in across-aisle and across-chamber negotiations.

There is so much in the hopper and so much yet to do for Florida’s 9th Congressional District, Soto said. He sees promising movement on issues like immigration reform for Dreamers and refugees needing secured status, law enforcement reforms, national status for the planned Pulse Memorial and Museum, environmental protection for the Kissimmee River and Florida reefs, infrastructure improvements for Central Florida roads and railroads, economic incentives for NASA and commercial space, Lake Nona’s Medical City, Osceola County’s NeoCity, and rising manufacturing in Polk County.

“That’s the long term plan. I know that’s a lot. But we have a lot of needs. That’s why I got on the Energy and Commerce Committee, to focus on a more higher-paying high-tech manufacturing job culture here in the district so we are able to withstand recessions,” Soto said.

Congress should be doing less, not more, counters his Republican opponent, Bill Olson.

“The folks in Washington, D.C., especially the ones that I call the ruling class, they seem to think they know best for everybody and they can fix everything and every problem that’s out there, they think they can fix it. I don’t see it that way,” Olson said. “I don’t see that we need to have a Congressman to go up there to Washington, D.C., and try to fix everything.”

The contest in CD 9 is between a traditional Democratic lawmaker, Soto, who served in the Florida House and Senate before being elected to Congress in 2016, and a small-government Republican, Olson, who is hoping there is widespread support for President Donald Trump and disillusionment with big government.

CD 9 is a Kissimmee-based district that includes a good portion of southern Orange County, all of Osceola County, and part of eastern Polk County.

The region, from the Orange communities of Avalon Park, Lake Nona and Meadow Woods, through Kissimmee, St. Cloud and the rest of Osceola, and Winter Haven, Frostproof, Haines City, and Davenport, is a mixture of cattle ranching country, suburbs and exurbs of Orlando, and small cities and towns with their own identities and local economies.

Roughly two of every five CD 9 voters are in Osceola, another two in Polk, and the fifth in Orange.

The latest book closing information posted by the Florida Division of Elections shows Democrats have an almost 13-point lead in voter registration across all of CD 9. The Democrats’ advantage shrinks to just 3 points in Polk, and is at its greatest, 20%, in Osceola.

The region has Central Florida’s greatest concentration of Hispanic voter, and is home to many significant Puerto Rican communities, spread through Azalea Park, Meadow Woods, Kissimmee, Poinciana, and Davenport.

Soto claims title as the state’s only Puerto Rican member of Congress. His campaign counts on attracting significant votes from the Puerto Rican populous, which most commonly splits its voter registration between Democrats and independent voters. As a reminder, Soto includes a coquí, the frog that is a symbol of Puerto Rico, in his campaign logo.

Through the end of July, Olson’s campaign had raised $221,000 but spent most of it on the primary. His campaign came into August with about $21,627 in the bank.

Soto, who avoided a Democratic primary this year, had raised $744,000 for this reelection bid by the end of July. His campaign entered August with $262,291 in the bank.

Soto, a lawyer from Kissimmee, and Olson, a retired Army veteran and former security officer from Davenport, offer strong policy differences on issues such as government relief spending for the coronavirus crisis, immigration, and health care.

The issues are among the most divisive in American politics. Nonetheless, Soto says he sees opportunities for action through negotiations he says have shown clear progress and sometimes actual breakthroughs. He points to the CARES Act and the other three COVID-19 relief bills Congress passed in the spring as examples. Olson said he supported those as emergency measures, but does not see much need for anything the Democrats propose now for a fifth bill.

“As chaotic and divisive a time that we live in, people will look back and see we passed four major bills to combat COVID and the economic crisis in a bipartisan way. It was hard knocks negotiating, but we got those four done,” Soto said. “Now we have to get this last one done to meet the needs of people for the rest of this year.”

Soto also points to movement he sees in cross-party, cross-chamber negotiations that he believes will lead to breakthroughs for extending visas for immigrant farmworkers, extending the Deferred Action for Childhood Arrivals program providing legal status for “dreamers,” and extending temporary protected status for refugees from Venezuela and other Latin American countries.

“Certainly, Trump doused gasoline on that issue, unfortunately, in his first campaign and made it very divisive,” he said of immigration reform. “However I do believe there are areas that have potential that Congress can come together on as soon as next term.”

Olson is married to a Vietnamese immigrant and said he supports legal immigration. Yet, he said, the country must not do anything to encourage illegal immigration. He cites Soto’s support for policies to allow for pathways to legal status, and the Congressman’s opposition to detention camps along the U.S.-Mexico border. Olson credited those camps and the sometimes harsh separations there for sending an effective, strong message .

“Even before COVID, those large caravans stopped coming. That’s because President Trump said we’re not gong to do that catch and release thing anymore. We’re just not going to do that. That stopped many of these large caravans from coming, because they knew they would be put in detention,” he said.

Olson cites a number of Soto’s votes that he believes are not in the best interests of his district. Among them: votes against resolutions and bills to crack down on sanctuary cities, to build Trump’s border wall, to deport criminal immigrants, to support Immigration and Customs Enforcement, to ban late-term abortions, and to allow universal reciprocity on states’ concealed weapons permits.

“I think he does not vote the way Central Floridians would want him to vote,” Olson said. “He wants everyone to believe he is this moderate person. Unfortunately his votes are not moderate.”

“I don’t see myself going to Washington, D.C., to go on the party circuit to get money to try to get elected again,” Olson said. “I want people to look at me and say, ‘Here’s a guy that wants to represent me.'”

previousWinner and Loser of the Week in Florida politics — Week of September 6, 2020