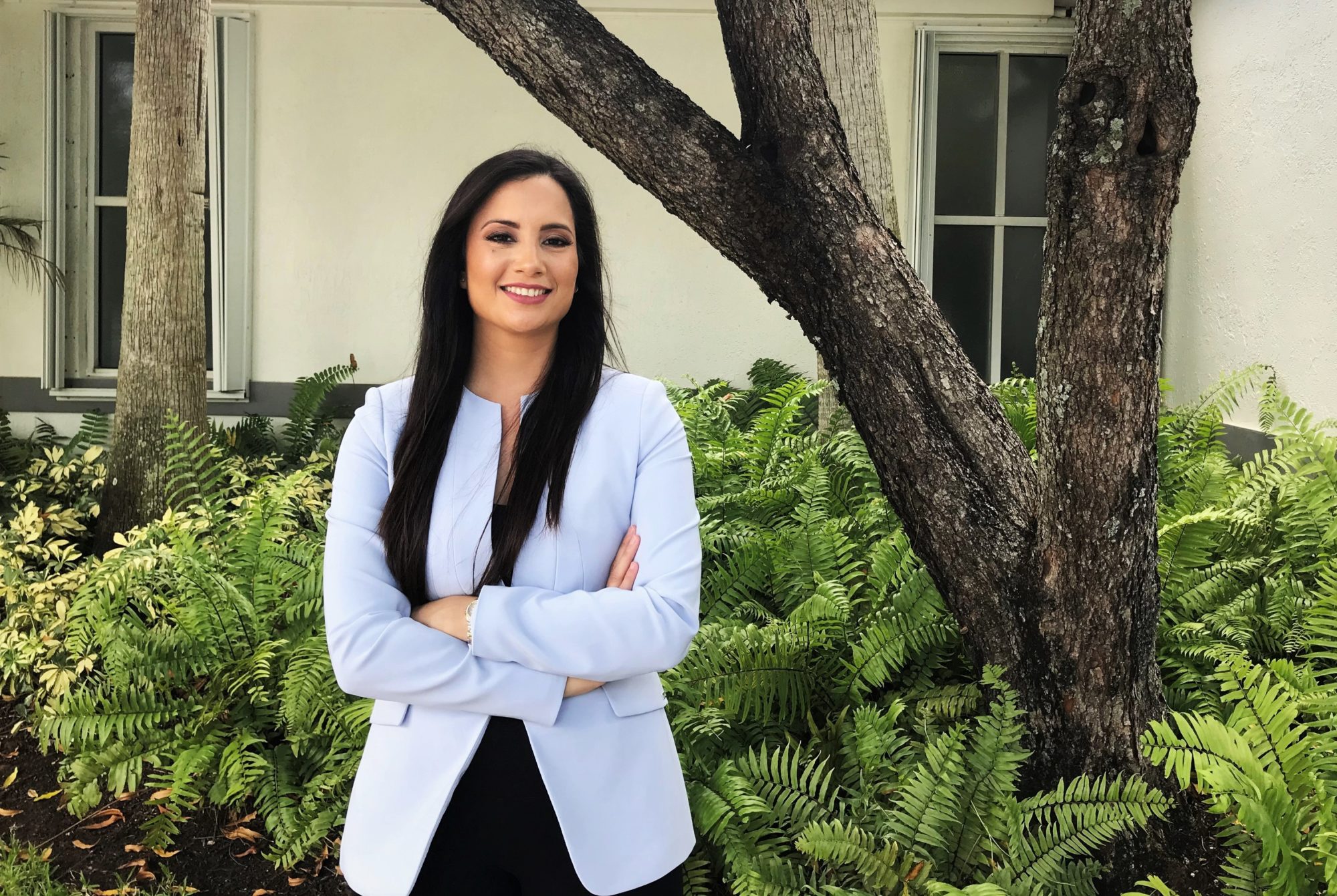 Porras is battling Republican David Borrero for the open seat.

In a 2018 cycle which saw multiple recounts and tight races across the state, the House District 105 results may have been forgotten by some.

The contest didn’t quite fall into recount territory, but was razor-thin nonetheless. Republican candidate Ana Maria Rodriguez took the open seat over Democrat Javier Estevez by just 417 votes. Now, with Rodriguez departing for a Senate bid, the seat is open once again. And Democrats are looking to come out on top this time around.

Porras seems confident she can take the seat in what should be another close race.

“The demographics are definitely shifting to this being a Democratic seat,” Porras said in an interview with Florida Politics.

The voter registration margin in the district reflects 2018’s close results. Democrats have just a 0.3-percentage point registration advantage in a district where the plurality of voters belong to third parties or are non-affiliated voters.

In such a contested district, both candidates are seeking to paint the other as too extreme or out of touch with voters.

“He ran a campaign based on the fact that he supports our President’s policies,” Porras said of Borrero.

“My opponent is really right-wing and I think that what the district really needs is someone that’s more moderate and someone that can work across the aisle to get things done. I don’t believe that my opponent is able to do that. He’s very polarizing, in my opinion.”

“If you look at voters within this district, you’ll see very many people who appreciate the President.”

On the idea he’s too “right-wing” for the district, Borrero responded, “It’s one of those easy, baseless attacks that I don’t think that voters are going to buy, especially when there are many, many conservative voters in this district.”

Still, Borrero is trying a similar tack when it comes to labeling his opponent.

“My opponent is a liberal Democrat,” Borrero argued, before highlighting Porras’ push to reform policing.

“The major concern is with the whole ‘Defund the Police’ movement, how Democrats want to strip power away and reallocate resources from police.”

Borrero said he is “totally against” such a push, citing his support for increasing police funding during his time on the Sweetwater City Commission.

The issue of police reform has been in the headlines in recent months following multiple police killings throughout the country. Porras, however, argues Borrero is mischaracterizing her position.

“I absolutely do not want to defund the police,” Porras argued.

“What I would like to see is some resources being reallocated from the police and into community service programs that can handle some of the things that currently our police officers are handling they really shouldn’t be handling like mental health services and homelessness.”

At issue is what qualifies as “defunding” police. Some left-wing advocates are pushing to abolish and fully defund police departments, which Porras says she opposes. Others argue, like Porras does, that cops are doing too much and being placed in situations they are not trained to handle — especially where an individual may be suffering from mental health issues.

“Police officers should really be focusing on our safety and we don’t have to be stressing them with all of these other issues that other professionals can take care of,” she added. “They have a lot on their plate. But absolutely, I support our first responders.”

Porras also met with police unions during the primary campaign and stressed she wants to avoid isolating or alienating police officers in crafting reform legislation.

That tit-for-tat is one of many where the candidates will try to contrast themselves as the Nov. 3 General Election nears. The district spans parts of Miami-Dade and Broward counties, even stretching across the southern tip of the state into Collier County.

Porras predicts Miami-Dade County will be the biggest battleground. That county houses Sweetwater, where Borrero serves on the commission.

Sweetwater also contains a sizable Nicaraguan-American community. Porras, who was born in Nicaragua, says she’s seeking to make inroads for that support.

Borrero argues he has stronger ties to the region, however.

“I’ve lived in this district for more than 10 years,” Borrero said.

“I’ve been a City Commissioner now for a little more than three years, and so they know me as someone who knows the community and has worked hard to deliver results for the community.”

Porras pointed to her work in the area as well. She’s worked as the managing attorney for Church World Service in Miami, a nonprofit aimed at helping immigrants secure legal help.

“I’ve actually been providing services to our community for over 11 years,” Porras explained.

The COVID-19 pandemic will surely play a role next Session for whoever wins this seat. With the status of a widely available, effective vaccine still up in the air, Borrero said the state should prepare for the virus’s effects lingering into 2021.

Borrero said should he win the seat, he would push for greater investment in classroom technology

“That’s going to help schools to deal with the safety issues with reopening schools,” Borrero stated.

He did, however, oppose massive economic shutdowns.

“Just a few days ago, we opened Miami-Dade County restaurants at 50% capacity, and I think it’s made a big difference to helping people get back to work. The idea is, we want to open businesses, but we want to reopen them safely.”

Porras didn’t hold back, arguing Republicans shouldn’t get another shot at dealing with the virus’s fallout.

“Considering that Republicans have had a hold on the Legislature for over 20 years and their response was a failure during the pandemic, I think that residents really just want a fresh perspective,” Porras argued.

The pandemic flared up right as the 2020 Session ended, leaving legislators mostly powerless to address the impact during regular Session. Republicans have opposed calling a Special Session in the ensuing months.

Porras said her top issues surrounding the virus would be fixing the unemployment system and raising those benefits, expanding Medicaid and other health services, and bringing relief to small businesses. That relief would include grants and zero-interest loans, according to Porras.

“They are the backbone of our communities,” Porras said of small business owners.

As of Aug. 21, Porras holds the money advantage in the race, though Borrero has attracted plenty of money as well. The candidates face a Friday deadline for the next money report, which should give some insight as to who is raising the most cash as the Nov. 3 election nears.