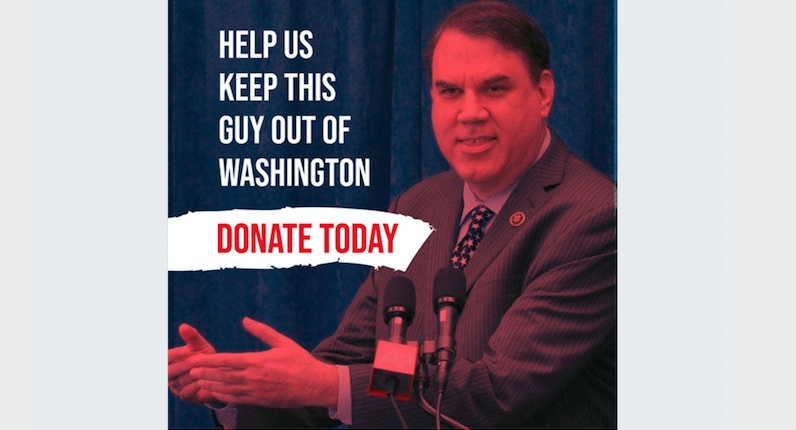 What do you do if your major opponent doesn't inspire fear and loathing in donors? 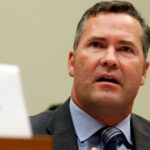 You would think incumbents would like such a problem.

Curtis isn’t raising much money. He isn’t spending much money. There’s little record of his getting out and about much in the district, which spans from eastern Lake County through Volusia County to the coast, then up the coast through St. Johns County.  Though Curtis gives media interviews, the last time he made broadly reported news was about a year ago when he said a judge had slapped him with a gag order, effectively shutting down his campaign strategy of highlighting his own whisleblower lawsuits.

Yet last month, in the Aug. 18 CD 6 primary, Curtis managed to knock off another Democrat who was showing at least a little bit of campaign and fundraising prowess, university instructor Richard Thripp of Daytona Beach.

That left Waltz running this fall against a Democrat who offers him little threat in the Nov. 3 election, at least in a district that gives Republicans an 8-point advantage in voter registration and typically votes much stronger than that for the GOP.

Waltz’s problem: persuading donors now to give more money to a campaign that looks like it doesn’t need it.

Waltz headed into the fall with about $850,000 in his campaign’s bank account; Curtis, less than $2,000. Waltz, of course, wants more, perhaps for no other reason than running up a scorecard of fundraising abilities, and to provide him resources to contribute to other GOP causes besides his own reelection, currying favor and maybe power.

Grayson is one of two write-in candidates who filed to run in CD 6 last spring, along with Gerry Nolan of DeLand.

Grayson said in April that he did so just to make sure Waltz had someone opposing him in November, thereby restricting Waltz’s congressional franking privileges. Grayson also, perhaps, could have done it to raise a little money of his own to keep a phantom campaign running. In fact, Grayson has raised about $15,000 since filing, more than Curtis has raised in his entire campaign. Grayson has spent most of that on maintenance fees for such long-term resources as physical and data storage facilities, things a future campaign might need one day.

Now, Grayson’s little tactic may have come in handy for Waltz.

“HELP US KEEP THIS GUY OUT OF WASHINGTON. DONATE TODAY” declares a fundraising ad that Waltz’s campaign now is running on social media. “This guy” is Alan Grayson, whose photo is colored devilishly red in the ad.

Grayson, of course, is the Democratic three-term former Congressman from Orlando who had represented Florida’s 8th and 9th Congressional Districts off-and-on, until he left for an unsuccessful run for the U.S. Senate in 2016.

Before there was The Squad to play congressional boogieman toward Republicans’ fears of leftist policies and rhetoric, there was Grayson. He was known for both his incendiary comments and his ability to get laws approved with bipartisan support, in spite of Republicans’ official loathing, while still holding fast to his own brand of unapologetic liberalism.

He tried to return to Congress in 2018, but the new CD 9 incumbent, Democratic Rep. Darren Soto, beat him in the primary.

To comment on the ad, Waltz’s campaign would only declare, “Alan Grayson is bad for Florida.”

Curtis responded with, “Alan is not running. I have spoken to him personally and he is not in the race at all. Waltz is just trying to confuse people in order to reduce my vote total. So far he has cancelled two debates because he does not want to address the military consulting company he ran prior to his Congressional run.”

Grayson couldn’t pass up the opportunity to provide a Grayson-like comment.

“It seems as though I’ve gotten into their heads,” he said. “Anything to try to distract people from Trump’s horrific incompetence, I suppose. Maybe they should troll for votes in the emergency rooms, or the cemeteries.”

When he filed as a write-in candidate in CD 6 last spring, Grayson openly conceded that he has no intention or expectation of getting elected in CD 6; he just wants to mess with Waltz.

But that may not be what matters. What matters is that many Republicans, particularly those not paying serious attention to the actual contest in CD 6, might remember Grayson as the big, loud, brash, liberal Congressman who used to say things like, “If you get sick, America, the Republican health care plan is this: Die quickly.”

“You may have heard that Alan Grayson is running against me this November — he is an extreme leftist with numerous scandals & is bad for Florida,” Waltz states in the fundraising ad that appeared Monday on Facebook. “Donate to help get rid of Grayson once and for all!”

previousLast Call for 9.9.20 — A prime-time read of what’s going down in Florida politics