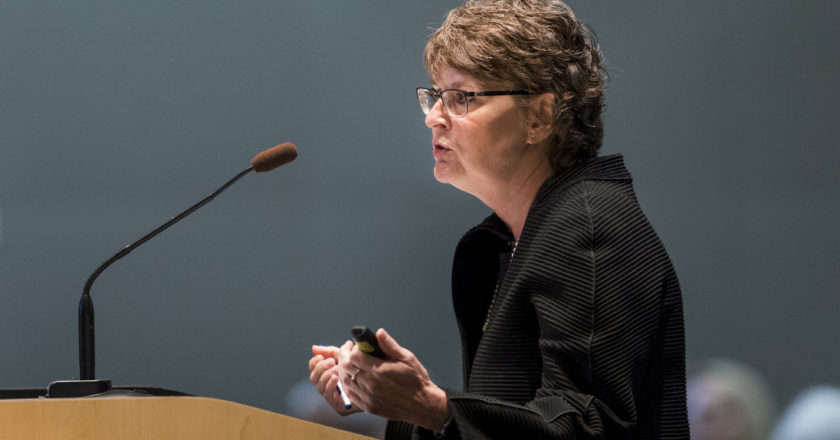 Tourism could take two to three years to rebound.

State legislative budget chiefs anticipate “short-term challenges” during the next legislative session as economists project a $2.7 billion shortfall because of the coronavirus-fueled recession.

The shortfall would be in the 2021-2022 fiscal year, which will start July 1. Amy Baker, coordinator of the Legislature’s Office of Economic and Demographic Research, told members of the Joint Legislative Budget Commission on Thursday funding gaps will continue in the following years as the state tries to maintain programs such as schools and health care.

However, she added a long-term outlook indicates a potentially quick recovery for all sectors of the economy outside of tourism, based in part on the assumption of a vaccine for COVID-19 by the start of the 2021-2022 fiscal year.

“We’ve always talked about tourism and the sensitivity of our economy to tourism as being an important concern and a potential downside risk, if anything were to happen,” Baker said. “So, with the outbreak of coronavirus, we actually did see probably the worst that we will ever see happen, in terms of that downside risk materializing.”

Baker said the availability of a vaccine should create a rapid economic rebound for the state as “people would have more confidence in being able to go out and resume doing their lives as they normally would do.”

Baker presented an annual long-term financial outlook report to the commission, which is made up of House and Senate members. Lawmakers use the detailed information in the report as they make decisions about the state budget.

Senate Appropriations Chairman Rob Bradley, a Fleming Island Republican, said conclusions from the report exemplify the need for Florida to continue to diversify its economy away from a reliance on the tourism industry. He also maintained “the fundamentals for the state budget are still continuing to be strong.”

“There will be some short-term challenges, but keep in mind, they have a lot of tools at their disposal because of decisions that have been made,” said Bradley, who will leave office in November because of term limits.

Bradley said the state has not dipped into its $4 billion in reserves, which were increased by $300 million just as the pandemic was hitting Florida in March, and has the ability to fund projects through bonding. House leaders generally have opposed bonding.

House Appropriations Chairman Travis Cummings, also a Fleming Island Republican, said exercises are already underway for state agencies to find ways to slash up to 6% of their spending. He gave credit to Gov. Ron DeSantis for freeing up another $1 billion through budget vetoes in June.

“The Governor and his team was smart … back in the spring to start finding ways to really save dollars that have been appropriated,” Cummings said.

The Legislature still has an outside chance of reviving a gambling deal with the Seminole Tribe of Florida that could bring in hundreds of millions of dollars a year. Also, lawmakers anticipate Congress will give the state more leeway in spending some of the $5.8 billion in CARES Act stimulus dollars that have been given to Florida.

According to the economists’ report, steps to close the funding gap include reducing or eliminating state programs, adjusting taxes and fees, taking money from reserves needed for disasters or sweeping money from trust funds.

Democrats, who have unsuccessfully called for lawmakers to hold a Special Session to address the economic impacts from the pandemic, said they will oppose cutting social-service programs while they will seek a restructuring of corporate taxes.

“We have some corporations that only pay 1%,” said Sen. Oscar Braynon, a Miami Gardens Democrat. “I think that when you get into this budget year’s conversation, I think we’re going to have a difference of opinions.”

Republican leaders have for months refused Democratic calls for holding a Special Session. Bradley said there isn’t a “lack of concern” by the Legislature and he was “quite comfortable” allowing DeSantis to guide the state response to the pandemic.

“When you’re dealing with a once-in-a-lifetime event, very serious events like pandemics or even hurricanes, it’s entirely appropriate for the executive, whatever party they’re from or whoever they are, to take the lead because situations change minute-by-minute, hour-by-hour, day-by-day, week-by-week, month-by-month,” Bradley said.

In hammering Florida’s vital tourism and hospitality industries, the pandemic has put more than 1 million Floridians into unemployment lines and slashed tax revenue projections by $3.42 billion this year.

Baker said the overall jobless rate should continue to improve through the fiscal year. However, Baker said the tourism industry, because of an anticipated lag in international tourism to Florida and airplane travel could take two to three years to rebound.

“It will be the longest-recovering sector that we have,” Baker said.