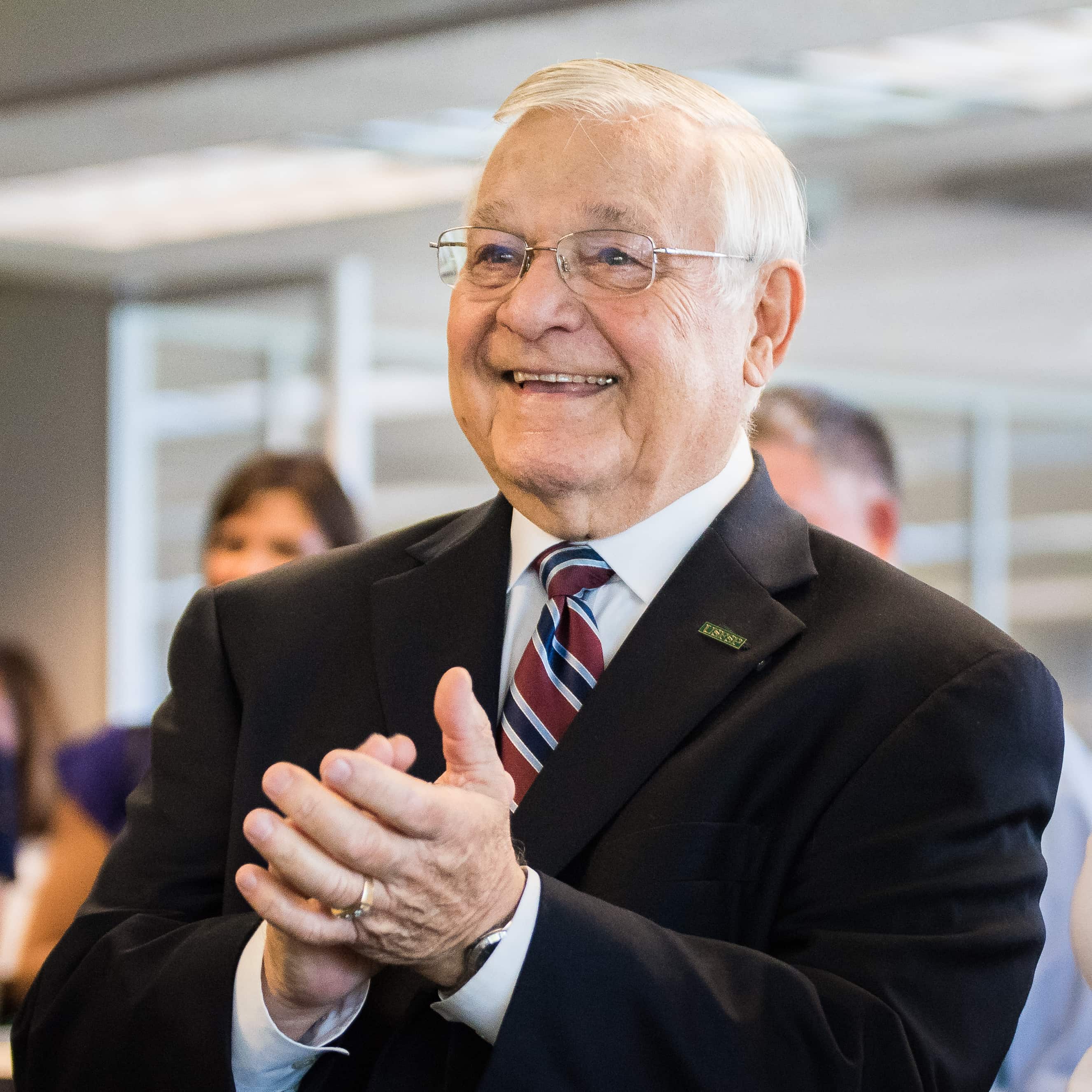 Former University of South Florida St. Petersburg head Bill Heller passed away Friday night, leaving behind a robust and transformative legacy as the chief architect of the branch campus’ rise to prominence in the early 90s and into the 2000s.

Heller spent more than a quarter century growing the fledgling campus, which once served as a commuter campus offering night classes in upper level undergraduate and graduate classes, into a burgeoning regional campus with its own business school and numerous degree programs.

“Bill Heller was the heart and soul of USF St. Petersburg for many years,” said Martin Tadlock, regional chancellor at USF’s St. Petersburg campus. “He was an unflinching advocate for the campus and the city and leaves a tremendous legacy that will be felt for generations. Bill had a remarkable talent for connecting with people, and his wisdom and kindness made a lasting impact on all of us who were fortunate enough to know him. I’m so pleased we had the opportunity to recognize Bill’s many contributions by renaming our education building in his honor last year. He dedicated his life to helping others and will be sorely missed. ”

Heller stepped down from the top spot at the school in 2002, but stayed on as a professor, the Dean of the College of Education and Director of the Bishop Center for Ethical Leadership. He retired in 2018.

In 2019, the school renamed Coquina Hall, which houses the campus’ College of Education, in his honor. It’s now the H. William Heller Hall, a testament to his 27 years of service with the university.

Heller had been in declining health since last year.

In addition to his work in academia, Heller served as a member of the Florida House. A Democrat, Heller served two, two-year terms before being swept out of office in 2010 at the height of the Tea Party movement.

“Bill Heller was a kind man who cared deeply for USF St. Petersburg and the greater Pinellas community,” said incoming House Speaker Chris Sprowls who has worked tirelessly to protect USF St. Pete. “His advice was always candid and thoughtful. He will be missed. His family and friends are in our prayers.”

U.S. Rep. Charlie Crist, who worked with Heller as Commissioner of Education and later as Governor, said Heller was a kind, decent man who fought tirelessly not just for USF St. Pete, but for education in general.

Pinellas County Commissioner Charlie Justice, who worked as a student assistant under Heller, held back tears as he remembered his friend and mentor.

“He was just the best man,” Justice said. “I had this little desk in the copy room and he, if you knew him, you knew he drank like six gallons of coffee a day and he would come in and we’d talk about sports and politics and things going on in the world. He was a roll model to everyone. If you were a janitor, he new your wife’s name and what was going on in your life and it wasn’t part of a schtick, it was part of who he was.”

“USF St. Petersburg is such a pillar of hope in our community and he was just involved in St. Pete as he was was a true blessing to our community at large,” Crist said.

Crist worked with Heller on a variety of issues including teacher salaries and ensuring classrooms were equipped with the resources they needed to be successful.

Heller served on numerous boards and committees throughout the region, including as president of the board of Bayfront Medical Center, chair of the Pinellas Cultural Foundation, an honorary life member of Great Explorations and a board member emeritus of the Mahaffey Theater Foundation. He was also active on the board of SPCA Tampa Bay.

He worked to save Sunken Gardens from being turned into condos. In 1996, he carried the Olympic torch for about a half mile as it made its way to the Summer games in Atlanta.

Heller was known for rolling his sleeves up and helping out on anything, no matter how remedial or beneath his pay grade it seemed.

“I’d see him at a formal function during the day, then another function in the evening completely unrelated. Then at night he’d be in a T-shirt at an event as a volunteer parking cars,” said retired history professor Ray Arsenault, in 2019, according to the Tampa Bay Times.

Heller’s ousting was never fully explained. Years later, he told journalism students that he and Judy Genshaft, who became president of the USF system in 2000, disagreed on the goals and direction of the St. Petersburg campus.

Since he served “at the mercy, the pleasure,” of Genshaft, he stepped down as requested, he said, and they remained friends.

Heller gained a passion for education early on, raised by a single father who had only a sixth grade education. Growing up in a poor farm family, teachers worked hard with Heller, a mark that never went away.

Heller oversaw the creation of the Nelson Poynter Memorial Library, which opened in 1996.

Spurred by growth under his leadership, the university now spans 52 acres and has a student body of nearly 5,000. There’s a student union building and a new College of Business.

Heller and his wife, Jeanne, eventually became benefactors for the university, establishing a scholarship in Heller’s name for special education students in the College of Education and funding the Scholars Lounge in the Poynter Library.

Material from The Crow’s News was used in this report.