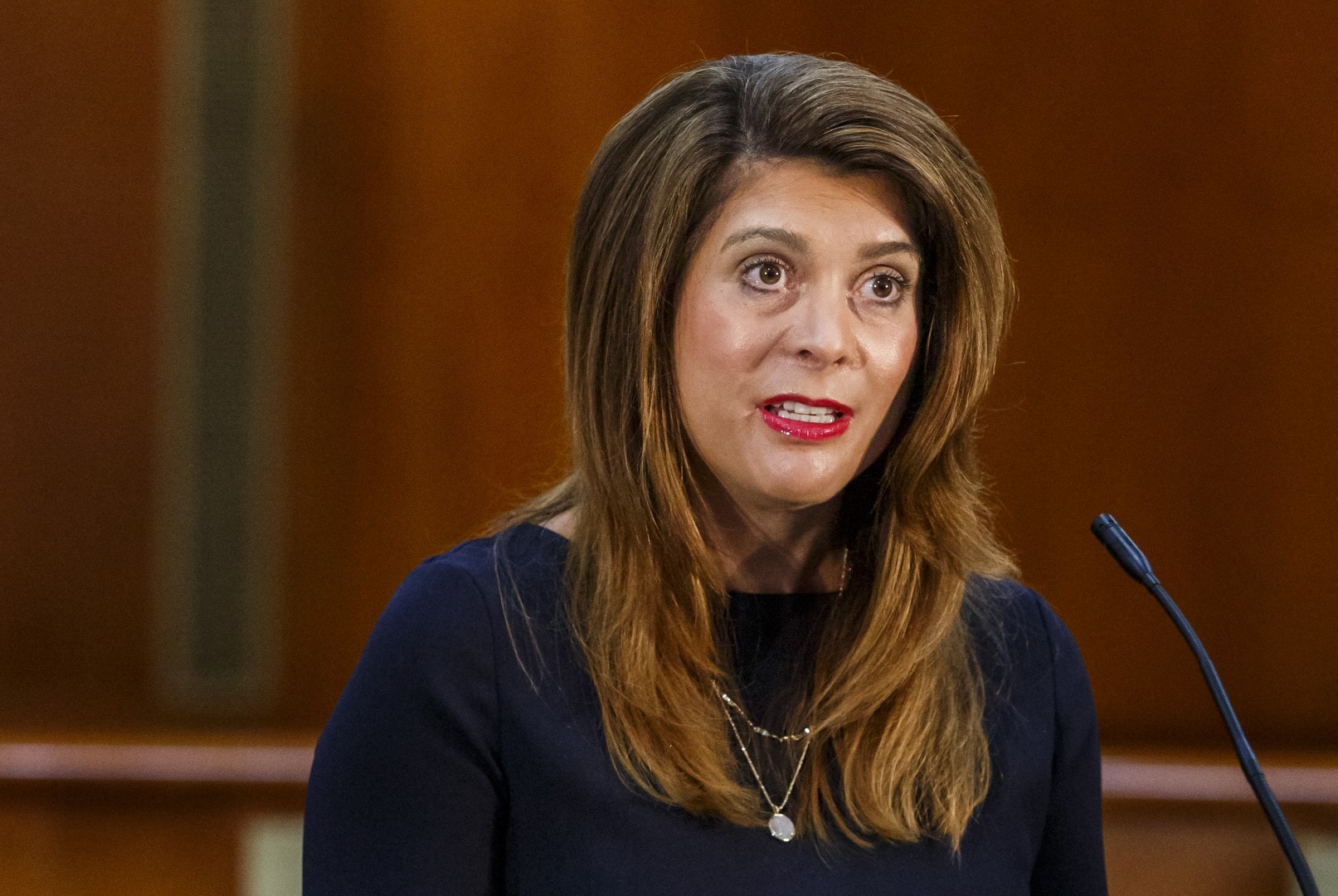 Newly named Supreme Court Justice Jamie Grosshans is a member of a group devoted to preaching the gospel. Image via Colin Hackley.

After a tense back-and-forth Monday with the Florida Supreme Court, Gov. Ron DeSantis appointed Judge Jamie Grosshans of the 5th District Court of Appeal to fill a vacancy on the state’s highest court.

DeSantis, who announced the new selection during a news conference, had originally chosen Judge Renatha Francis to fill that spot. Francis was slated to be the only Black Justice on the Supreme Court after DeSantis chose her in May.

The Supreme Court, however, requires justices to be members of the Florida Bar for at least 10 years on the day they are nominated. Francis fell short of that benchmark.

That deadline came and went, causing the Supreme Court to issue a writ of mandamus requiring the Governor to comply by 5 p.m. or risk being held in contempt.

DeSantis was required to choose a name from the already existing list established by the Judicial Nominating Commission earlier this year. That list did not include another Black judge, meaning the Supreme Court will remain without a Black justice. The Governor said Francis had agreed to withdraw her nomination on Friday after the Supreme Court’s decision.

Those seven were joined on the original list by Francis and lawyer John Couriel. Couriel’s nomination earlier this year appears to be advancing without controversy.

As for Francis, DeSantis said he had spoken with President Donald Trump to possibly name Francis to a federal court position. DeSantis described Trump as receptive and the Governor said he would advocate for Francis to serve in any open position.

“That alone is a victory for me and I’m truly grateful,” Francis said during brief remarks at Monday’s news conference.

Grosshans was appointed to the Fifth District Court of Appeal in 2018. Before that, she served as an Orange County Court Judge in the Ninth Judicial Circuit of Florida, where she presided over criminal and civil matters.

“She has a great breadth of experience. She ran her own private practice and she’s also served as a trial judge and currently now as an appeals court judge,” DeSantis said. “She understands the proper role of the court is to apply the law as it’s written, apply the constitution as it’s written — not to legislate from the bench.”

Grosshans expressed gratitude at the appointment.

“No one comes to a position like this alone, and I have been carried to this moment by the generosity of countless people,” Grosshans said. “You can trust I will bring fidelity to the law and an unyielding respect for the separation of powers to my service on the court.”

She will be the only woman on the seven-member court.

DeSantis also acknowledged the bump road to get to the appointment.

“It wasn’t necessarily the way we envisioned the process, but I think the result is going to be very, very good and I think we’ll look at a great Supreme Court justice and I think we’ll end up with, hopefully, a new, great federal district court judge,” DeSantis said.

Additional reporting by The Associated Press was used in this report.