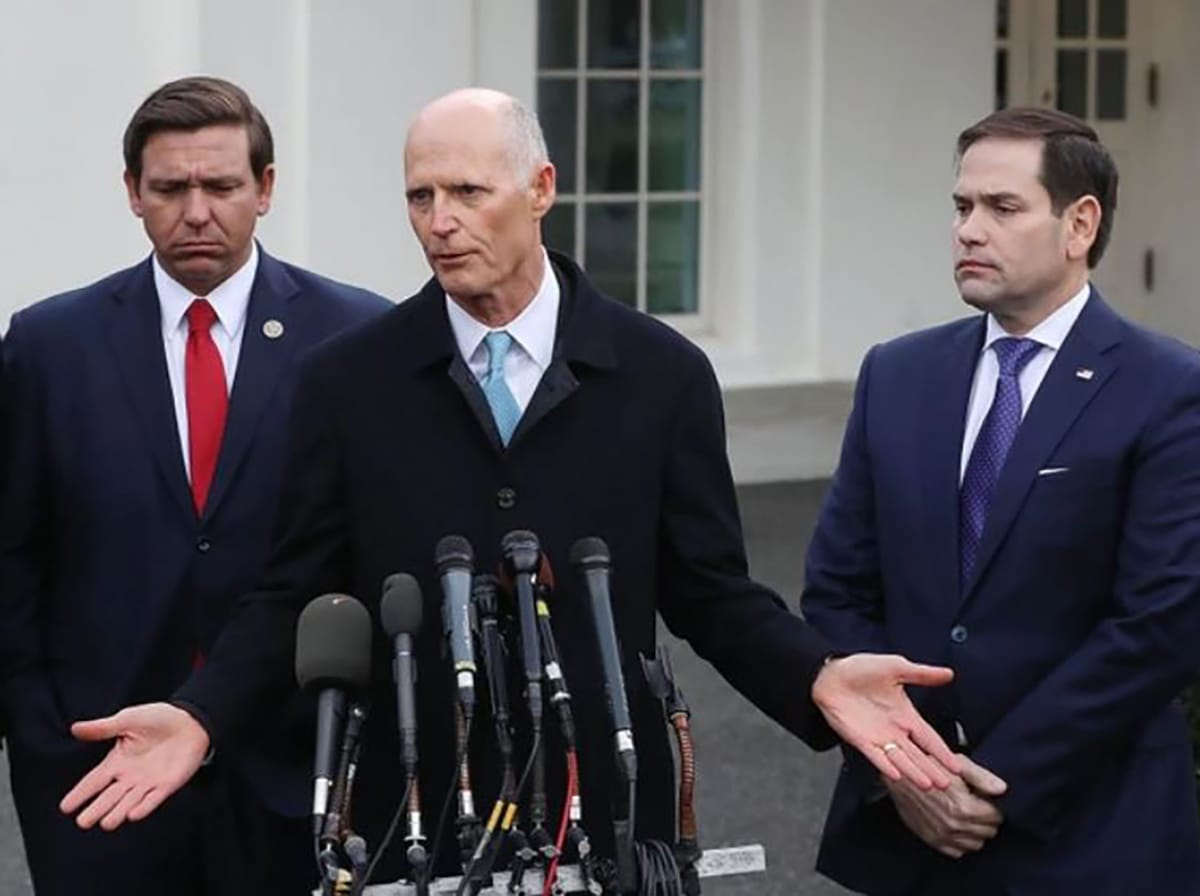 Of the three Republicans, Rick Scott fares the worst.

A trio of Florida’s top-level elected officials all have job approval ratings underwater, according to a Monmouth University poll released Tuesday.

The survey shows both Gov. Ron DeSantis and U.S. Sen. Marco Rubio with net approval ratings at -1 percentage point. Meanwhile, U.S. Sen. Rick Scott trails with a 15-point negative gap between those with favorable views and those with unfavorable views.

That poll, which is Monmouth University Polling Institute‘s first look at DeSantis since he succeeded Scott in the Governor’s Mansion, is yet another poll showing Floridians with an effective split opinion on his approval rating.

However, a St. Pete Polls survey last month showed DeSantis with broad support in the Sunshine State. In that poll, 58% of registered voters had a favorable view of the Governor while 30% disapproved.

Among Republicans, the Monmouth poll shows DeSantis with a 77% approval rating while 8% disapprove. Among independents, the Governor lags with 45% disapproval compared to 29% approval. And with Democrats, his split is 8%-64%

The COVID-19 pandemic has complicated the Governor’s time in office. In late 2019, polls showed DeSantis as one of the most popular governors in the country.

But since officials first confirmed the pandemic in the Sunshine State in March, his approval has slid. Polls have repeatedly shown DeSantis struggling in pandemic-related questions.

However, Monmouth shows 48% of voters supporting the Governor’s pandemic response to 47% who oppose it.

Neither DeSantis, Rubio or Scott face reelection in November.