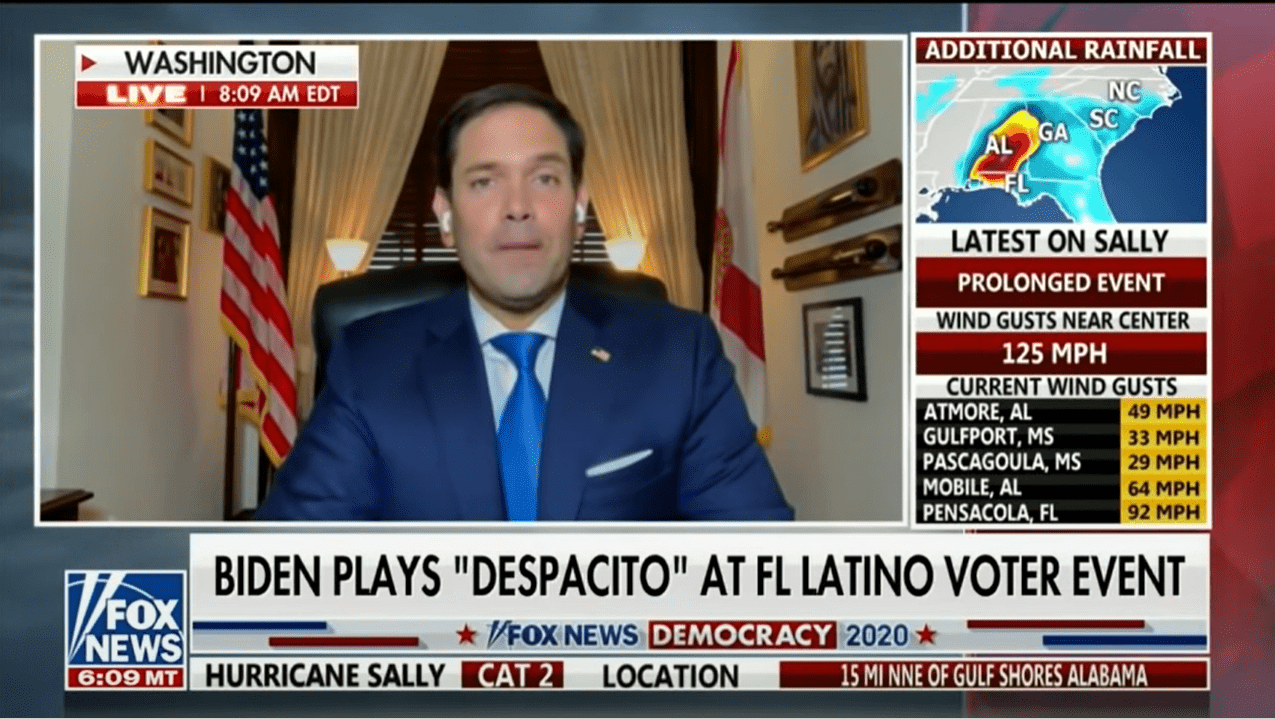 U.S. Sen. Marco Rubio, on Fox News Wednesday morning, returned to his critique of what he sees as a disastrous China policy from the Democratic presidential nominee.

The Senator, speaking during the second hour of “Fox and Friends,” charged that former Vice President Joe Biden‘s economic legacy is a concerted push, spanning decades, to “deindustrialize America” to the ultimate benefit of the Communist regime in Beijing.

“When Joe Biden was Vice President, and for years before that as a Senator, he was a full-throated supporter of this idea [to] let China deindustrialize America.”

“He didn’t say it that way,” Rubio added, “but that’s what he supported. That’s what his record was.”

“As recently as earlier this year in the [primary] campaign, he was saying that China was not a threat, not a big deal,” Rubio continued. “Polling now tells him to take it seriously.”

The Senator offered a localization of that theme, as he noted the “horrific situation playing out” regarding the collapsed jobs market in tourism-centered Central Florida.

“People have been out of work for months. These are the kinds of things people care about,” Rubio said, noting that “Donald Trump fights for those jobs.”

The Senator has been hitting the theme that Biden is dangerously weak on the China question all summer.

The Fox and Friends hit was a promotional stop for an op-ed featured on the corporate website, a longform piece in which the second-term Republican charged that Joe Biden’s economic agenda would ensure “Chinese dominance.”

previousSunburn — The morning read of what’s hot in Florida politics — 9.16.20