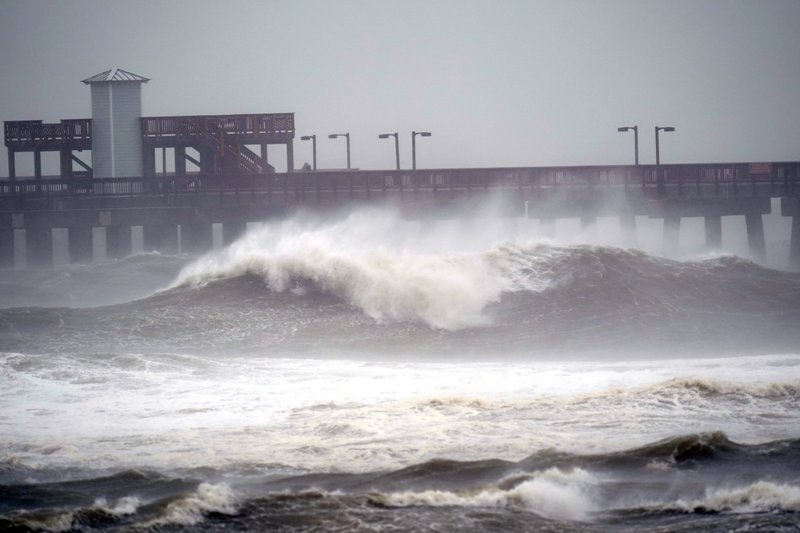 13 Florida counties are under a state of emergency order.

State and local authorities are attempting to carryout rescue missions in Escambia County as Hurricane Sally continues to crawl up the Gulf Coast.

“The ECSO, National Guard and Escambia County Fire Rescue are using high water vehicles to rescue people in homes in Bristol Park in Cantonment and neighborhoods off of Blue Angel near Dog Track Road,” the Escambia County Sheriff Office said. “We are attempting to get to affected areas as weather allows.”

Meanwhile, Chief Financial Officer and State Fire Marshal Jimmy Patronis deployed Marion County-based search and rescue teams to assist the Florida National Guard with helicopter search and rescue missions. They will join two other teams already on the ground. A third team based in Tallahassee remains on standby.

Patronis said he plans to meet today with emergency response officials in the region.

“Pensacola is experiencing severe flooding from Sally,” he tweeted. “We’ve been here before, and we’ll get through this together.”

As of 11 a.m., The National Hurricane Center tracked the storm’s center near the Alabama and Florida border. The system is moving north-northeast at 5 mph.

Flooding remained a top concern in the latest update.  The NHC described the region’s current condition as “catastrophic and life-threatening.”

“Historic and catastrophic flooding, including widespread moderate to major river flooding, is unfolding,” the NHC said.

Sally is expected to produce 8 to 12 inches of rainfall with higher amounts possible from west of Tallahassee to Mobile Bay, Alabama. In total, the NHC forecasts storm totals of 10 to 20 inches to isolated amounts reaching 35 inches.

A total of 13 Florida counties are under a state of emergency order. Those counties include Bay, Calhoun, Franklin, Gadsden, Gulf, Holmes, Jackson, Liberty, Okaloosa, Walton, Washington, Escambia and Santa Rosa.

Garcon Point Bridge tolls are suspended until noon on Sep. 16.

previousBig Ten changes course, will play fall football after all

nextTrulieve to crank out more edibles in Florida