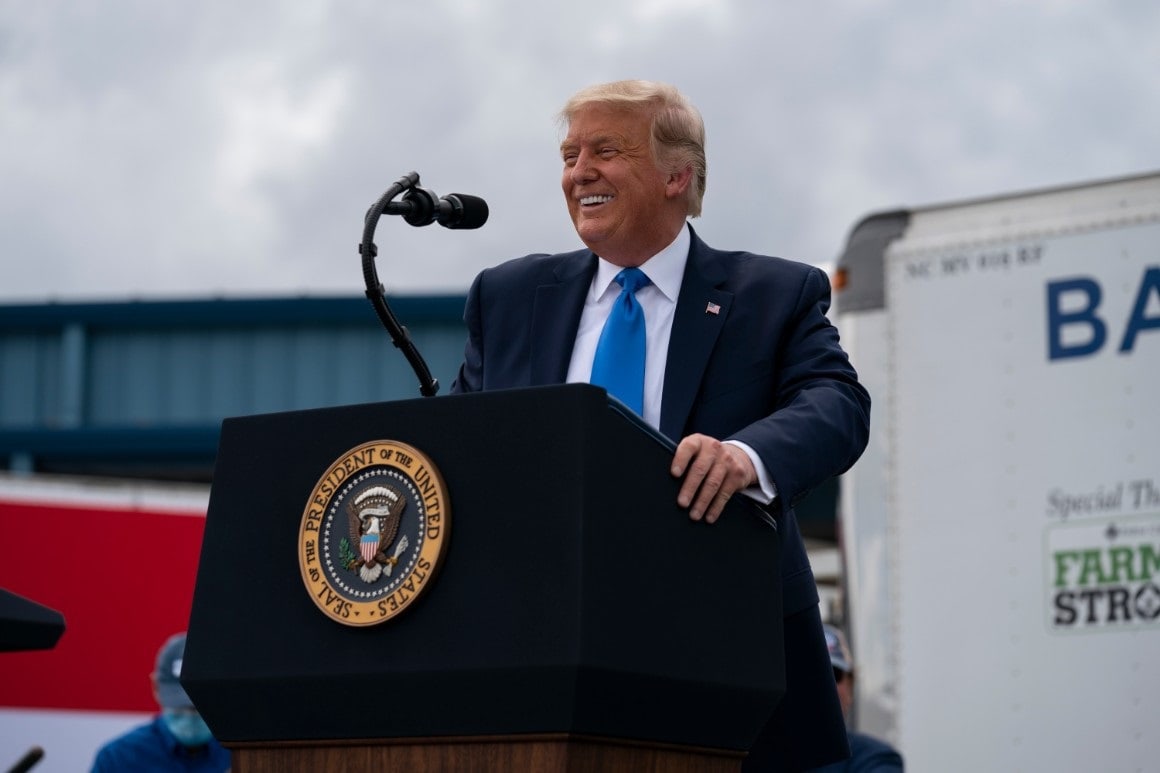 Jaguars host Miami at the same time as the Trump rally.

Jacksonville didn’t pull off the RNC, but here’s a consolation prize of sorts: President Donald Trump is bringing his “Great American Comeback” reelection roadshow tour to town next week.

The Duval County stop is slated for 7 p.m. Thursday at Cecil Field on Jacksonville’s Westside.

The event will be counter-programming a Jacksonville Jaguars home game. The AFC South leaders will be up against the in-state Miami Dolphins at 8:20 p.m., creating a scheduling conflict for some.

The doors open for the event at 4 p.m.

The President’s return to Duval County is yet another sign, were one needed, of the significance of Northeast Florida and the state more generally in the reelection calculus.

The President narrowly carried Duval County, which contains Jacksonville, along with the rest of the state four years ago.

The President’s visit will be the second high profile event for the reelection campaign in as many weeks.

Earlier this week, a “Women for Trump” event was staged at the downtown Hyatt Regency hotel.

But whereas that event had high-profile surrogates, such as the President’s daughter in law Lara Trump, senior adviser Katrina Pierson, and former two-term Attorney General Pam Bondi, the Cecil Field production will see the President give what will likely be a wide-ranging speech addressing news of the day and other topics far afield of the American comeback itself.

In then-candidate Trump’s 2016 campaign, Jacksonville saw the President on a number of occasions.

On an unseasonably warm day in the fall of 2015, Trump played the Jacksonville Landing, a since-demolished retail parcel downtown on the Northbank of the St. Johns River. Locals were surprised by the size of the crowds Trump drew.

Trump returned to Jacksonville twice after securing the nomination, including a speech just days before the 2016 election, an event counter-programmed by a crosstown speech by then-President Barack Obama.

On Thursday night, however, the President and his campaign can expect to have the spotlight comparatively unobstructed.

The Duval County Democrats issued a statement in opposition.

“None of the lies Trump is going to spew this Thursday will change the fact that Floridians are far worse off now than they were four years ago because Trump isn’t up for the job. Floridians deserve better and that’s why we’re flipping the Sunshine State and Duval County blue in November,” the local party contended.