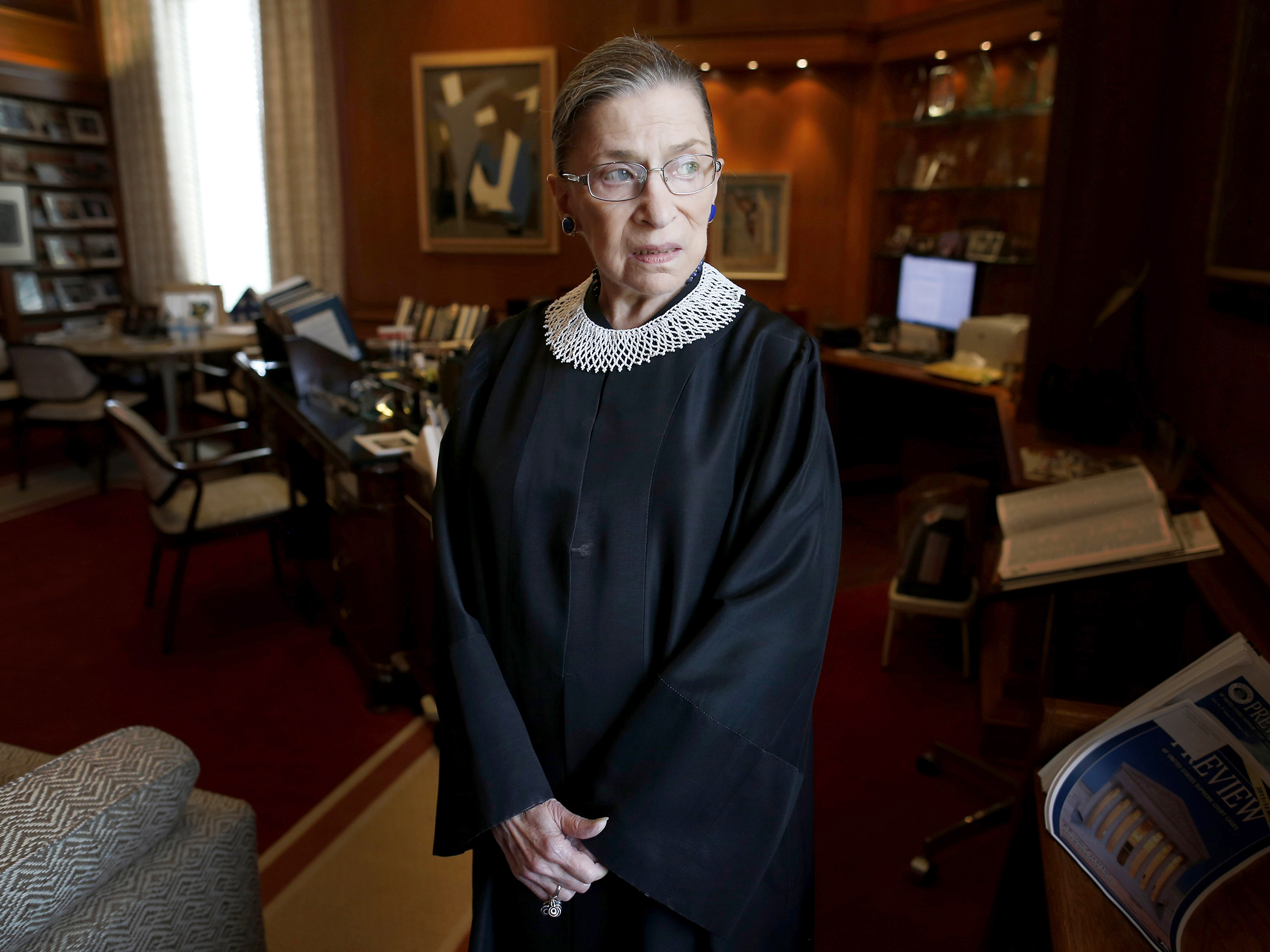 Supreme Court Justice Ruth Bader Ginsburg passed away Friday, and Florida leaders remembered the jurist in the hours after her passing, even as many looked ahead to the battle to fill the seat.

Gov. Ron DeSantis ordered flags at half staff in honor of the late Justice.

“Our thoughts and prayers go out to Justice Ruth Bader Ginsburg and to her family and friends,” the Governor tweeted.

But some in each party, including the previous Governor,  looked ahead to the inevitable.

U.S. Senator Rick Scott extolled her as a “trailblazer with a distinguished record of service to her country.”

But he made his position clear: the opening cannot stand.

“It would be irresponsible to allow an extended vacancy on the Supreme Court. I believe that President Trump’s nominee should get a vote in the U.S. Senate,” Scott said in an official statement.

Scott was the first Republican, though not the last, to take that position on Friday night. Still, most Florida Republicans serving federally did not mention the opening Friday night or the need to fill it before November.

That included his colleague, Sen. Marco Rubio. He lauded “her historic impact on the court and our nation … her passionate commitment to justice and her first rate intellect.”

But he did not say he wanted a fast tracked process to fill the empty ninth spot on the court. Nor did most Florida Republicans in the House of Representatives who addressed the matter Friday.

Congressman Ted Yoho called her “a dedicated public servant & trailblazer who inspired many,” who “led an extraordinary life.”

Rep. Vern Buchanan recognized her “exceptional intellect and her significant impact on the court.”

“Despite our different perspectives, she had an immense impact on generations of women lawyers across our country,” added Rep. Greg Steube.

Rep. Francis Rooney called her a “champion of women’s rights and had a love of our country that was unchallenged.”

State officials from both parties weighed in, with Tallahassee Republicans likewise memorializing her without addressing the vacancy.

Florida’s Attorney General Ashley Moody tweeted that “Ruth Bader Ginsburg proved to so many women of my generation that we could break any barrier in the legal profession.”

CFO Jimmy Patronis, like Moody a Republican, beseeched God to “grant our nation wisdom, understanding, and kindness for the coming weeks ahead.”

Agriculture Commissioner Nikki Fried, the lone Democrat on the Florida Cabinet, said she was “heartbroken. No words can adequately describe what a loss this is for our nation.”

“Despite her passion for issues, she was a class act and a stalwart practitioner of a dying art – civility.  Our prayers are with her family and loved ones,” Sprowls contended.

Sen. Lauren Book was likewise poetic, lauding the “trailblazer and shatterer of glass ceilings [who] advanced the cause of women’s equality with grit, grace, and a presence that far outweighed her small stature.”

Some Democrats in the legislative branch, meanwhile, were more apt to demonstrate a recognition of the bruising battle ahead.

Orlando Democratic Rep. Carlos Smith: “Our democracy stands upon the edge of a knife. Stray but a little and it will fail, to the ruin of all.”

“Elections for US Senate have just become even more important. I’m sure Mitch McConnell will try to force a new Justice through, but that will keep incumbents away from competitive races, potentially hurting their chances of winning too,” tweeted Rep. Anna Eskamani.

“As the Nation mourns our hero-Justice #RGB., these political vultures have already decided to make a nomination,” he tweeted.

Rep. Margaret Good, running against Congressman Buchanan, credited Ginsburg with “the groundwork for the progress we have made toward a more equal and just society … RBG taught us how, now it’s up to us to fight.”

Both political parties, however, avoided mentioning that process ahead in their early statements Friday night.

“Justice Ruth Bader Ginsburg served the US Supreme Court with passion and conviction. She was a trailblazer for many women in the legal field. Our prayers are with her family,” tweeted the Republican Party of Florida.

““Today we lost a true American hero. Justice Ruth Bader Ginsburg was a trailblazer and a tireless champion of justice and equality. This loss is immeasurable, but we must honor her legacy and keep fighting for justice even in the face of fervent opposition,” Terrie Rizzo, the chair of the Florida Democrats, said in her own statement.

In addition to current elected officials, some prominent names currently out of the arena offered their takes.

Former Democratic Congresswoman and candidate for Governor Gwen Graham put the jurist’s demise in the context of a cataclysmic year.

In this article:Justice Ruth Bader Ginsburg