The Verifiable, Orderly, & Timely Election Results (VOTER) Act would require voters to request mail ballots no later than three weeks before an election and would require them to be returned by the time polls close on Election Day.

The VOTER Act sets tight deadlines for ballots to be counted — it would require precincts to report the total number of ballots received within one hour of polls closing and require them to be counted within 24 hours.

“Voting is fundamental to our democracy and it is a sacred right that we must protect and cherish. I always say we need 100% participation and 0% fraud in our elections,” Scott said.

“Florida has absentee voting and it works well. But the standards for mail-in voting vary widely across the country, causing confusion and a distrust in the system. We need standards nationwide to ensure voters decide the outcomes of elections — not the courts.”

Scott also included a suite of measures to prevent voter fraud, which numerous studies have found is extremely rare — after studying multiple elections, the nonpartisan Brennan Center for Justice estimated the rate of voter fraud fell between 0.0003% and 0.0025%.

Still, the VOTER Act would require voter rolls to list whether a voter has received a ballot and require poll workers to ask about the ballot if a mail-in voter shows up in person; prohibit the possession of another person’s ballot; and require local elections officials to confirm the identity, voter registration and address of all who request a mail-in ballot.

“We can’t wait weeks or months to find out the results of this election or any election in our future — a scenario made all the more likely by the Democrats’ push to change laws late in the game and eliminate standards that protect against fraud,” Scott added.

“The VOTER Act will create uniform standards for voting-by-mail, provide important protections against fraud, and make sure we have a timely federal election result. We need to pass this bill now to ensure a smooth and secure election.”

Surgical mesh is a synthetic, woven fabric that is permanently implanted to treat pelvic organ prolapse or stress urinary incontinence. These are common conditions faced by women due to a weakening in their pelvic floor muscles caused by age, childbirth and other factors.

Florida will receive approximately $2.9 million of the settlement money. The agreement also provides for injunctive relief, requiring the company to adhere to certain injunctive terms should they reenter the mesh market.

“Undergoing a surgical procedure is a scary and often painful time for anyone. I cannot imagine the grief endured by post-op patients expecting to heal and recover, only to be met with unexpected complications due to a company’s failure to properly disclose the risks of its devices,” Moody said. “I am proud to have been a lead in this multistate investigation resulting in millions of dollars recovered and significant injunctive relief to deter and prevent this type of serious negligence in the future.”

Thousands of women with surgical mesh implants have made claims that they suffered serious complications resulting from these devices. The attorneys general alleged that C.R. Bard misrepresented or failed to inform women of the risks of transvaginal surgical mesh devices, which include severe pain, permanent sexual dysfunction and bacterial contamination or infection.

This is the second major case that the Florida Attorney General’s Office has pursued against a mesh manufacturer. The first, against Johnson & Johnson and Ethicon, resulted in a $116 million settlement with strong injunctive terms to prevent future deception.

“As Trump exudes pandemic optimism, Democrats still see worry — and an advantage” via Josh Dawsey and Michael Scherer of The Washington Post

“How does Biden’s Catholicism play to a polarized electorate?” via John McCormick and Ken Thomas of The Wall Street Journal

“‘Something’s in the water’: Florida Republicans see surge in voter registration” via Marc Caputo and Gary Fineout of POLITICO Florida

“I was just denied clemency in the state of Florida. I’m one of many people with past convictions living without my full civil rights” via Desmond Meade for Time magazine

“Jobless claims down, but economic ‘fog’ continues” via Jim Turner of The News Service of Florida 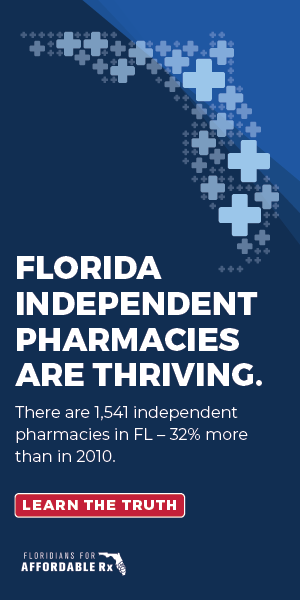 “They’re not going to be able to be closed by locals anymore, and they will be able to operate at the capacity that they’re comfortable with.” — Gov. Ron DeSantis, announcing the state will preempt local restaurant restrictions 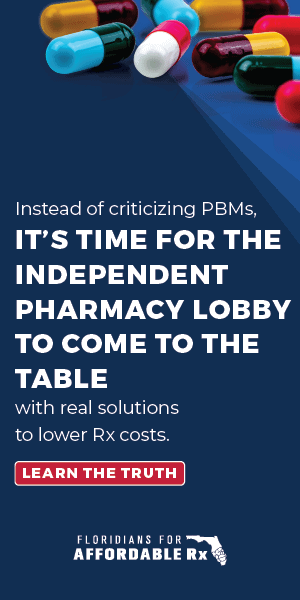