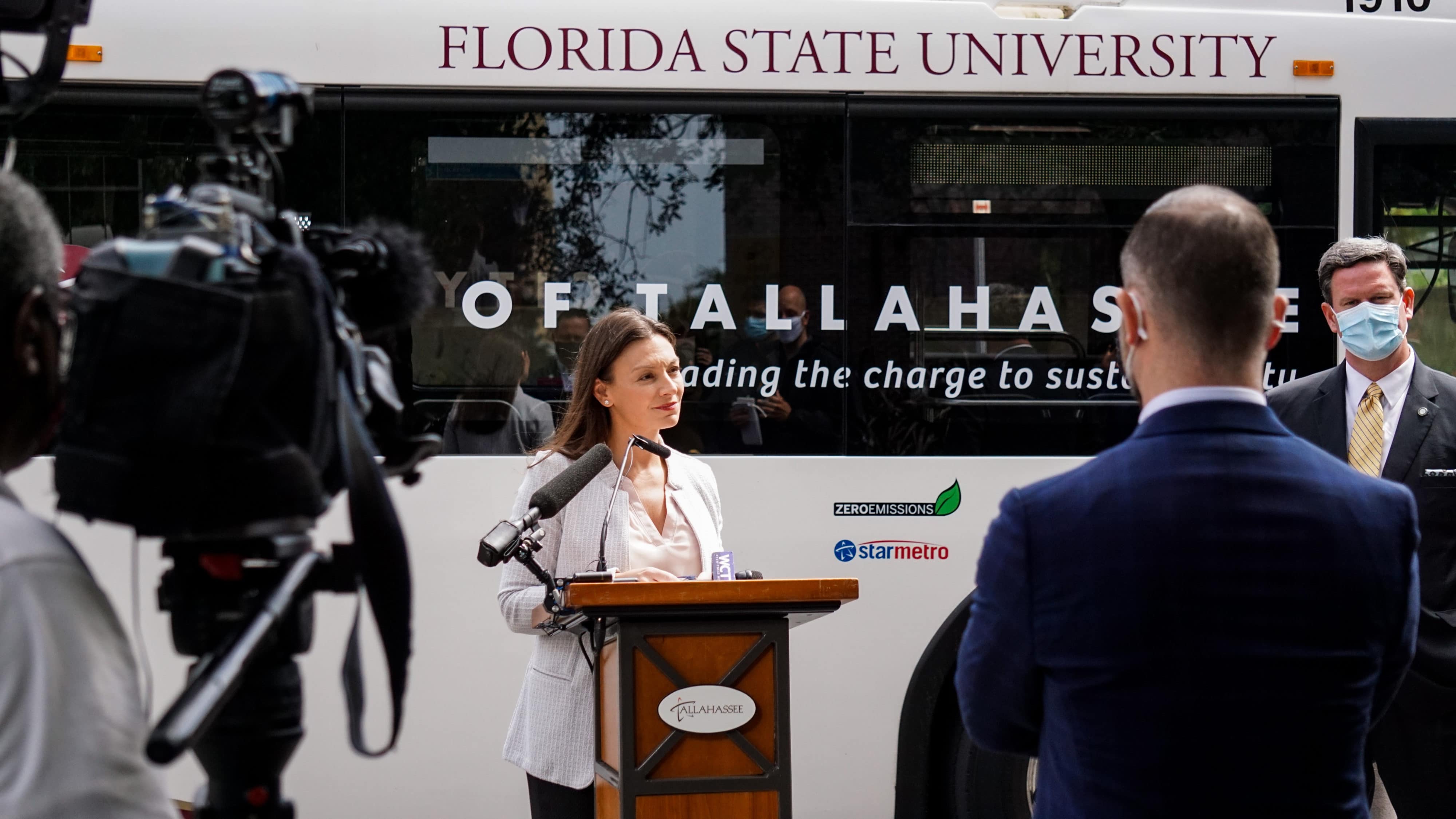 According to NationalCleanEnergyWeek.org, the 7-day celebration recognizes clean energy innovation and promotes bipartisanship among leaders who are dedicated to advancing clean energy.

“Energy affects all of us,” Fried said. “Energy produces food that we eat, powers devices at home, moves us throughout our communities and drives our economy.”

Fried selected Tallahassee to highlight the city’s clean energy investments, which include an electric bus fleet and the world’s largest airport-based solar farm.

The energy investments come as part of Tallahassee’s push toward 100% clean, net renewable energy by 2050.

Dailey said the capitol city prides itself as a pioneer of sustainability.

“We are well on our way,” Dailey said. “Let me tell you: we’re doing some amazing things.”

Dailey added the city now services 50% more customers in Tallahassee while producing only 20% less emissions. What’s more, Dailey said the city produces the second most solar energy per capita in the country.

Tallahassee is second only to Honolulu.

“We will be the number one at some point in the nation very soon,” he said before adding another fact: “We are the first city in the State of Florida where 100% of all our municipal buildings are powered by solar energy.”

The Democratic mayor described Fried and the Department of Agriculture and Consumer Services as “great partners” in the city’s sustainability efforts.

FDACS is home to the Office of Energy, which Fried said is focused on energy efficiency, climate change and low-income energy equity.

“I’m so proud that Florida’s capital city is also one of the cleanest energy cities in the country and the world,” she told the Mayor.

The FCADS’s Florida Energy and Climate Plan can be viewed online.

The plan, championed by Fried, lays out the state’s strategies to address climate change and clean, affordable energy.