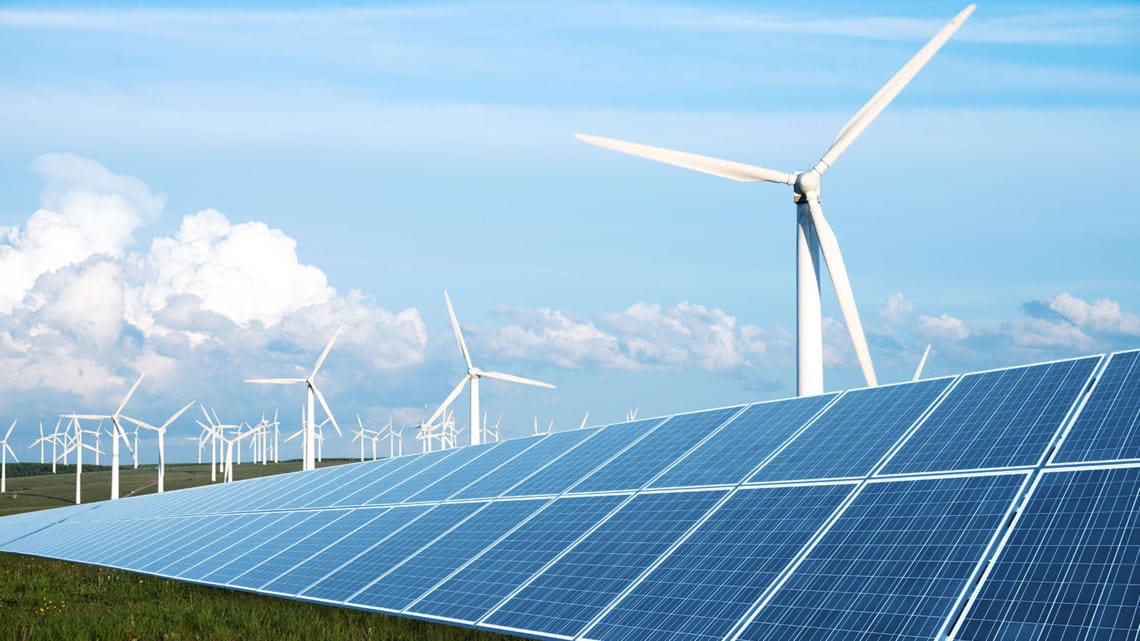 Many view clean energy through a partisan lens, but the fault lines grow fuzzier by the day.

Florida Republicans have lined up this week in support of National Clean Energy Week.

Gov. Ron DeSantis recognized the week with a proclamation and members of Florida’s congressional delegation, including Reps. Matt Gaetz, Francis Rooney and Mario Diaz-Balart, cosponsored a resolution doing the same. Agriculture Commissioner Nikki Fried and other state Democrats have joined in support as well.

Many still tend to view clean energy, as well as other climate issues, through a partisan lens; however, those fault lines grow fuzzier by the day.

For example, at least as many Republican governors and Republican members of Congress signed on to National Clean Energy Week resolutions as did Democrats.

That’s not necessarily a perfect litmus test for elected officials’ support for clean energy but it is indicative of Republicans’ growing embrace. Climate-focused efforts at the state and federal level, such as the Senate Climate Solutions caucus, are also continuing to earn Republican support, including that of U.S. Sen Marco Rubio.

One of the reasons why Republicans have become clean energy evangelists is that clean energy is a booming economic sector, promising high paying jobs and economic growth to areas that may otherwise struggle to attract new investment.

This week’s National Clean Energy Week Symposium featured farmers and ranchers from across the country that have been able to hold onto family farms due to new opportunities in solar and wind energy production.

Panelists discussed how their communities have benefited from an influx of new jobs and a new tax base associated with these local investments. For small rural communities, it could mean the difference between a school district being able to afford new textbooks or not, as was noted in one discussion.

The clean energy boom is occurring for a few different reasons but one of the chief accelerators are the technological advances made in recent years — battery storage, for example — that have made clean energy increasingly competitive.

A simple testament to this fact is that many traditional energy industry actors — from utilities to oil companies — have fully embraced clean energy. Car manufacturers are a great example, too, and DeSantis’ announcement to expand electric car infrastructure in the state demonstrates how the public and private sector can work cooperatively to advance this important sector.

Florida, for its part, has become a hotspot for clean energy, particularly solar. With over 10,000 employed in the solar industry and over 165,000 in the broader clean energy economy. It has become a substantial economic driver in the state.

Unfortunately, even the most robust economic sectors have been negatively impacted by the pandemic.

Rob Kornahrens of Ft. Lauderdale-based Advanced Green Technologies, which employs hundreds of Floridians manufacturing and installing commercial photovoltaic panels, recently highlighted the need for federal relief to ensure that companies can keep workers on the payroll during this period of disruption.

Other employers, like Raul Vergara of Cutler Bay Solar Solutions, have been able to rely on the Paycheck Protection Program to keep around 60 employees on the payroll of the small family-owned and operated business.

The industry has taken a substantial hit as the pandemic seized up the economy, losing about half a million jobs. Employers continue to call upon policymakers to consider stopgap relief measures to weather the crisis.

Over the longer term, however, the outlook for the sector is bright.

While panelists at the National Clean Energy Week Symposium discussed economic opportunities, they also explored the opportunities for bipartisan leadership on clean energy in the nation’s capital.

U.S. Sens. Chris Coons and Mike Braun, who founded the Senate Climate Solutions Caucus, told participants that the bipartisan American Energy Innovation Act has a good chance of passing before the end of the year.

The bill’s sponsor, U.S. Sen. Lisa Murkowski, called on participants, “If we can agree to work together, we can still enact our bill in 2020 — and that will create a foundation for new efforts to do even more on clean energy in a commonsense, bipartisan manner.”