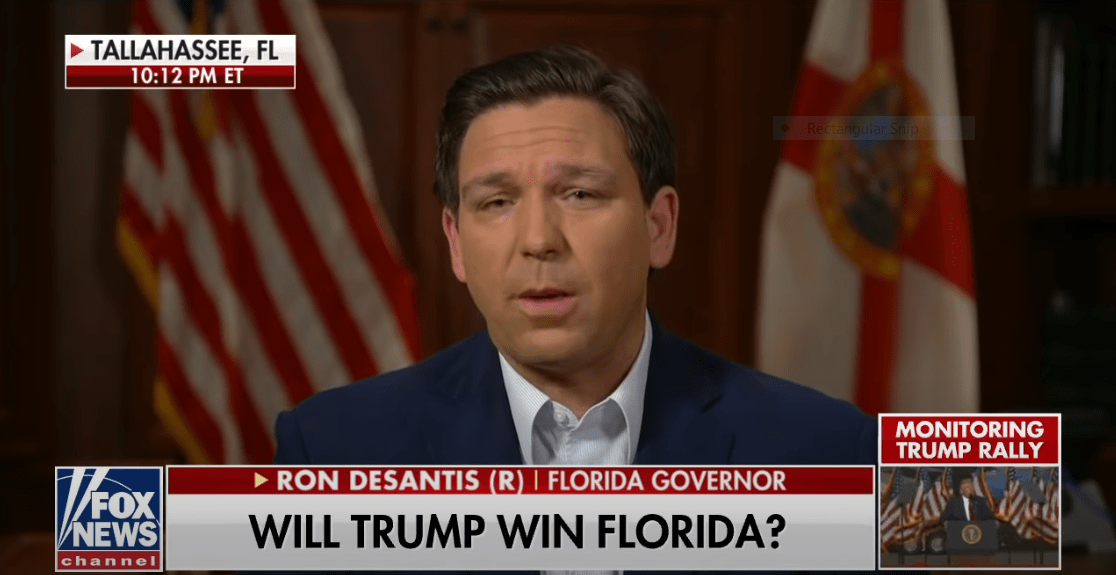 Gov. Ron DeSantis is the latest high-ranking Florida official to offer sharp criticisms of Mike Bloomberg‘s effort to pay off the fines of 32,000 reformed felons, which would offer them a pathway to regaining the right to vote.

On Fox News Friday night, the Governor suggested that the former New York mayor’s decision to pay the fines and fees has racial discrimination at its root.

“Our Attorney General’s investigating that,” the Governor told host Laura Ingraham. “It’s a situation where he’s doing it, he’s discriminating on the basis of race, he’s only paying off if you’re a certain race.”

“And basically I think someone in his organization said, yeah, because we think they’ll vote for the candidate we want. And under Florida law, that very well may run afoul of that. We’ll have to see,” DeSantis said.

Bloomberg’s commitment to pay the debts of potential voters via the Florida Rights Restoration Coalition, rolled out earlier this week, has roiled Florida Republicans since, many of whom have contended that it could be illegal, including the aforementioned Attorney General.

Ashley Moody has urged the FBI and Florida Department of Law Enforcement to look into potential illegality.

She cited an advisory opinion offered by the Division of Elections in 2016, regarding allegations that a political committee was buying votes, suggesting parallels between precedent and the Bloomberg gambit.

Moody’s letter was sent on the same day DeSantis and the independently elected Cabinet, acting as the state clemency board, decided not to act on a pardon petition sought by Florida Rights Restoration Coalition President Desmond Meade. Moody is a Cabinet member, but declined to vote on Meade’s request for a pardon. DeSantis said he wanted more time to review his case.

In 2018, voters approved a constitutional amendment to restore most felons’ voting rights once they’ve completed their sentences. The exception was for murderers and sex offenders. But when crafting the law to implement the amendment, the Republican-dominated Legislature said that rights wouldn’t be restored until all fines, court fees and restitution were paid.

The question of satisfying financial obligations before voting rights are restored continues to be battled in court. On Sept. 11, a federal appeals court reversed a lower court ruling that gave Florida felons the right to vote regardless of outstanding restitution, court fees and fines.

U.S. Rep. Matt Gaetz has contended that the money amounts to a “bribe” for Democratic targets to turn out.

“It’s not every felon. It’s just those which they have specifically identified as the Biden voters,” Gaetz said. “That’s offering a bribe, an inducement, for someone to behave a certain way in voting.”

Florida CFO Jimmy Patronis, meanwhile, has pushed for a Federal Elections Commission inquiry into the matter.