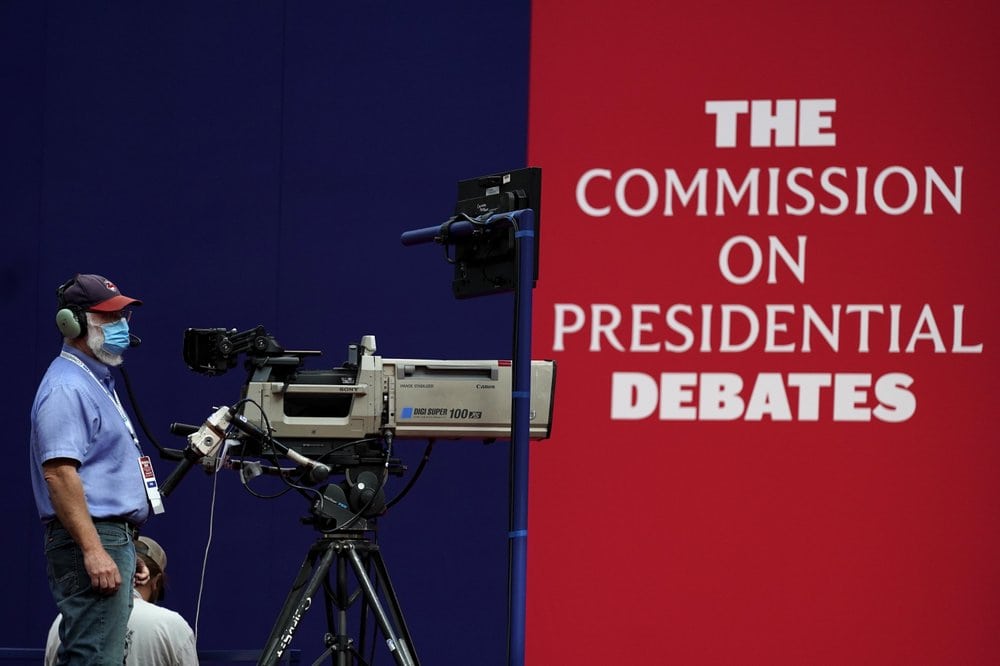 From protests to pandemic, issues abound.

In an election year like no other, the first debate between President Donald Trump and his Democratic challenger, Joe Biden, could be a pivotal moment in a race that has remained stubbornly unchanged in the face of historic tumult.

The Tuesday night debate will offer a massive platform for Trump and Biden to outline their starkly different visions for a country facing multiple crises, including racial justice protests and a pandemic that has killed more than 200,000 Americans and cost millions of jobs.

The health emergency has upended the usual trappings of a presidential campaign, lending heightened importance to the debate. But amid intense political polarization, comparatively few undecided voters remain, raising questions as to how, or if, the debate might shape a race that has been defined by its bitterness and, at least so far, its stability.

Biden will step onto the Cleveland stage holding leads in the polls — significant in the national surveys, closer in the battleground states — but facing questions about his turn in the spotlight, particularly considering Trump’s withering attacks. And Trump, with only 35 days to change the course of the race, will have arguably his best chance to try to reframe the campaign as a choice election and not a referendum over his handling of a virus that has killed more people in America than any other nation.

“This will be the first moment in four years that someone will walk on stage as co-equal to Trump and be able to hold him to account for the malfeasance he has shown leading the country,” said Steve Schmidt, senior campaign aide for John McCain’s 2008 Republican presidential bid and a frequent Trump critic. “If Biden is unable to indict Trump for all that he has done, (that) would be profound failure. There is no spinning that away.”

The president’s handling of the coronavirus will likely dominate much of the discussion. The pandemic’s force will be tangible as the candidates’ podiums will be spaced far apart and the traditional opening handshake scrapped.

And the debate could be shaped by an extraordinary confluence of other recent moments: the death of Supreme Court Justice Ruth Bader Ginsburg, allowing Trump to nominate a conservative jurist to replace a liberal voice and reshape the high court for generations, and the blockbuster revelations about Trump’s long-hidden tax history, including that he paid only $750 a year in federal income taxes in 2016 and 2017 and nothing in many other years.

But the impact of the debate — or the two that follow in the weeks ahead — remains unclear.

The tumult of 2020 is difficult to overstate: COVID-19 has rewritten the rules of everyday life; schools and businesses are shuttered; and racial justice protests have swept the nation after a series of high-profile killings of Black people by police.

Despite the upheaval, the presidential race has remained largely unchanged since Biden seized control of the Democratic field in March. The nation has soured on Trump’s handling of the pandemic, and while his base of support has remained largely unchanged, he has seen defections among older and female voters, particularly in the suburbs, and his path to 270 Electoral College votes, while still viable, has shrunk.

Polls suggest fewer undecided voters remain than at this point in the 2016 campaign. And several high-profile debates in past elections that were thought to be game-changing moments at the time ultimately had little lasting effect.

Four years ago, Democrat Hillary Clinton was widely seen as besting Trump in their three debates, but she lost in November. In 2012, Mitt Romney crushed Barack Obama in their first meeting only to falter in the rematches.

But some debates have mattered: most famously, a turning point in the 1960 race was when John F. Kennedy was perceived — at least by TV viewers — as outdueling Richard Nixon. And in 1980, Ronald Reagan was able to reassure nervous voters that he possessed a presidential temperament when he delivered a winning performance against incumbent Jimmy Carter.

While both sides anticipate a vicious debate between two men who do not like each other, the Biden campaign has downplayed the night’s importance, believing that the pandemic and the battered economy will outweigh any debate stage gaffe or zinger. Conversely, the Trump campaign has played up the magnitude of the duel, believing it will be a moment for the president to damage Biden and recast the race.

Trump had told advisers that he is preparing an all-out assault on Biden, claiming that the former senator’s 47 years in Washington have left him out of touch and that his family, namely his son Hunter, has benefited from corruption. The president on Monday also repeated his demand that Biden take some sort of drug test, asserting without evidence that the Democratic nominee was somehow using a performance enhancer.

That continued a curious round of expectations setting: While Trump’s campaign has of late praised Biden’s debate skills, the president has also vividly portrayed his opponent as not being up to the job, potentially allowing Biden to come off well as long as he avoids a major stumble.

“This guy doesn’t have a clue. He doesn’t know where the hell he is,” Trump said recently, likening the debate to a boxing match and pointing to his head. “To win matches you need that up here. This wins, probably, it’s 50% of it. This is not prime time for Joe.”

But Trump — never a polished debater, though a commanding presence on stage — has done little in the way of formal preparations, which may mean he is walking into his own trap.

“Historically, incumbents do less well in the first debate, largely because they’re unaccustomed to being challenged openly,” said presidential historian Jon Meacham. “The most important single debate in terms of direct impact on outcome came 40 years ago, with the single Carter-Reagan meeting a week before the election. The key question then — ‘Are you better off than you were four years ago?’ — has fresh and compelling resonance.”

Biden’s performances during the primary debates were uneven, and some Democrats have been nervous as to how he will fare in an unscripted setting. But his team views the night as a moment to illuminate Trump’s failings with the pandemic and economy, with the former vice president acting as a “fact checker on the floor” while bracing himself for the onslaught that is coming.

“They’re going to be mostly personal,” Biden said. “That’s the only thing he knows how to do. He doesn’t know how to debate the facts because he’s not that smart. He doesn’t know that many facts.”