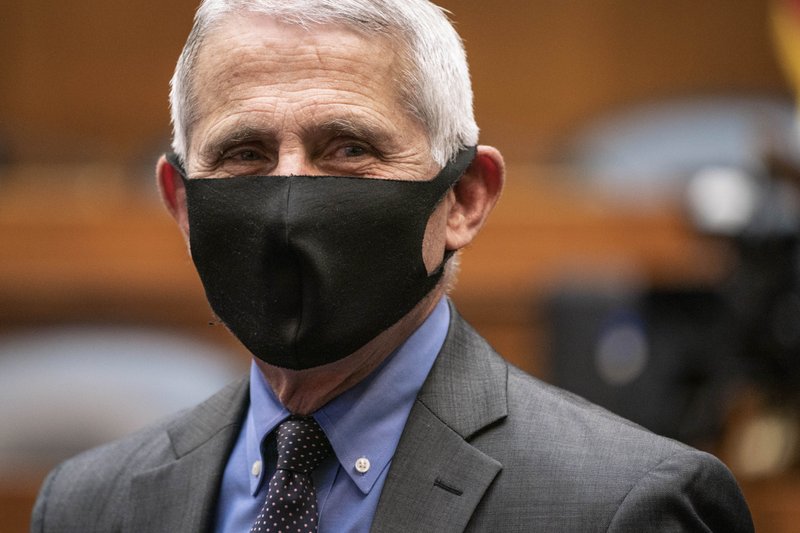 The first doses would likely go to health care workers.

The first 100 million or so doses of COVID-19 vaccine could be available in November or December, dedicated at first to front-line workers, Dr. Anthony Fauci told Reps. Darren Soto, Debbie Mucarsel-Powell, and other Hispanic Democrats in Congress Wednesday.

Fauci, America’s most prominent medical scientist on the White House Coronavirus Task Force, was unable to significantly allay the congressional Democrats’ concerns that systems will be worked out to make sure the vaccines are equitably distributed when they become more available.

“When the vaccine becomes available, which I hope will be — no guarantee but I believe we can be cautiously optimistic — it will be available by November, December, it’s not going to be 700 million doses [the eventual production] available at that time. That will take until about April. But in December there will be over 100 million doses,” said Fauci, director of the National Institute of Allergy and Infectious Diseases.

He and other public health experts met Wednesday with the Congressional Hispanic Caucus, including Soto of Kissimmee and Mucarsel-Powell of Miami. They gathered to explore concerns that the nation’s Hispanic population has been particularly hard hit by the coronavirus pandemic, and that Latinos might not fare well in federal vaccine distribution plans.

Fauci and the others did not offer any expectations that Latinos might get any specific help, though Fauci did offer to raise several specific ideas in the task force.

“That decision, regarding distribution, ultimately rests with the CDC, with a very strong input from the Advisory Committee on Immunization Practices. What they do is they prioritize according to the need…. We don’t have a final determination. But if things work out the way they usually do with vaccines that are initially in shorter supply, it will be health care workers first. Then it will be the most vulnerable, the elderly, those with underlying conditions. Then it will be people with essential jobs in society, to keep society going. And then other elderly people that don’t have underlying conditions. And then finally everybody else,” Fauci said.

“That’s not the final decision. But that is likely the way it will be, with that sort of prioritization,” Fauci said.

Hispanic communities have been shortchanged so far in health care and that is likely to continue, said Dr. Robert Rodriguez, professor of emergency medicine at the University of California San Francisco.

Rodriguez and other panelists supported the congressional Hispanic Democrats’ concerns that the rates of cases and deaths in the Hispanic community are often dramatically higher than the rest of the population, and that many communities are being hit extraordinarily hard by the pandemic.

“I’m calling this a historic decimation of Hispanic/Latinex communities across the southern part of the United States,” said Dr. Peter Jay Hotez, dean for the National School of Tropical Medicine, Baylor College of Medicine in Houston.

Responding to a question from Mucarsel-Powell, Hotez blasted Gov. Ron DeSantis‘ decision to declare Phase 3 reopening of Florida’s economy, and some of his comments.

“I was also very concerned about the Governor’s comments. I thought they were a bit reckless, as well as some of his actions,” Hotez said.

He contended Florida’s case and deaths numbers show the state is not yet in containment mode, and that “it’s only a matter of time” before the virus resurges again.

“They really sent the message either implicitly or explicitly that it’s ‘back to normal’ now and that’s really not the case. It’s still a very significant situation,” he said.