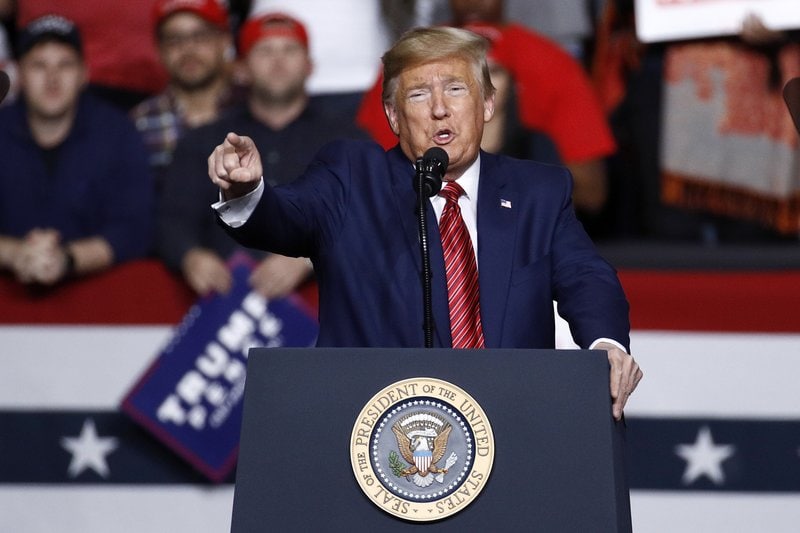 Republicans have been quiet on debate thus far.

“The Florida Democratic Party denounces white supremacy in all its forms. Yesterday, President Donald Trump refused to denounce white supremacy on national television,” Rizzo said. “The Republican Party’s sole platform this year is to re-elect Donald Trump, and if Florida Republicans don’t actively stand up to condemn white supremacy and ask the leader of their party to unequivocally do the same, we can only assume they condone this behavior.

Prior to that, Florida’s Democratic Commissioner of Agriculture and Consumer Services on Wednesday called on Republicans in the Florida Cabinet to “account for” where the President stands on white supremacy.

Nikki Fried, who has been a staunch Biden supporter, pilloried the President for calling on the Proud Boys to “stand back and stand by” during an exchange with Biden about right-wing extremism.

“Last night’s debate represents one of the lowest moments in history for an American President. As the nation watched, Donald Trump’s complete failure to condemn white supremacy renders him further unfit for office,” Fried, who is exploring a run for Governor in 2022, asserted.

“Trump’s use of coded language in asking white supremacist terrorists to ‘stand by’ opens a dangerous new chapter in his desperation to retain power by any means. There is only one acceptable answer: white supremacy is a cancer on America, is a domestic terrorism threat to law and order, and must be denounced by every leader across our land.”

Every leader in the land, Fried noted, including her Cabinet compatriots.

“That includes Florida’s Republican Governor, Attorney General, and Chief Financial Officer, as my fellow Cabinet members. They must be asked to account for where the leader of their party and the leader of our nation stands on white supremacy and its corrosive effects on our democracy.”

Gov. Ron DeSantis, Attorney General Ashley Moody, and CFO Jimmy Patronis have all unambiguously backed the President, yet none of them have offered public commentary yet on the President’s performance against former Vice President Biden in the first of three presidential debates.

Tuesday night’s proceedings were raucous, and the non-partisan Commission on Presidential Debates is exploring changes to the debate format going forward in the wake of the anarchic 90-minute session.