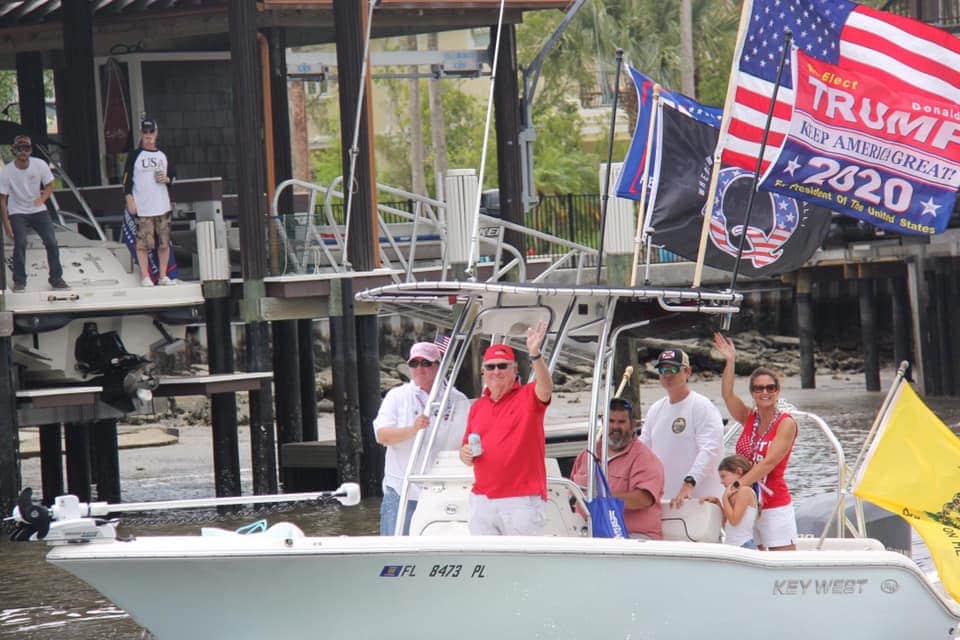 HD 11 is a Republican safe-path seat, but the stretch run is surprisingly newsy.

House District 11 is drawn as a Republican safe-path seat, but Republican incumbent Cord Byrd‘s side is keeping the stretch run newsy nonetheless.

Last week offered the latest example of how the incumbent, expected to waltz to reelection against Democrat Joshua Hicks, continues to flirt with the hard right.

Esther Byrd, the candidate’s wife who narrowly lost in a local race earlier this year, offered an unsolicited defense of the Proud Boys, a group of youngish men who bill themselves as “western chauvinists.”

President Donald Trump, in a debate last week before his hospitalization over the weekend for COVID-19 complications, urged them to “stand back and stand by” when pressed to condemn the alt-right movement.

Mrs. Byrd, a staunch supporter of the President, claimed that many of them and their supporters have been thrown in “FB Jail,” a metaphorical lockdown preventing them from posting to Facebook for some period of time.

The comments come months after Byrd made comments supportive of Q Anon after the couple was photographed on a boat flying a Q Anon flag. Mrs. Byrd asserted on Facebook that the Byrds were in the photograph.

Ironically, a day before Mrs. Byrd made her “FB jail” comments, the Hicks campaign called on Byrd to denounce both the Proud Boys and the Q Anon movement.

“I condemn white supremacists and the QAnon conspiracy theory in the strongest of terms, and I call on Cord Byrd to do the same. Over the past five months, he has remained silent as the country has grappled with systemic racism, a rise in far-right extremist violence, and the spread of QAnon. That silence must end today.”

Florida Politics reached out to Rep. Byrd and Mrs. Byrd over the weekend.

The legislator was mum while Mrs. Byrd would not address the matter on record, with the Byrds seemingly content with these associations with controversial entities of the right.

It has been an easy hold for the Republican Party, at least until now, with GOP voters comprising nearly 73,000 of the 137,000+ registered voters.

Byrd faced his toughest battle thus far in the 2016 GOP primary, defeating candidates who had more fundraising and establishment support, running to the right of what was a crowded field.

Since going to Tallahassee, he has burnished his right-wing bona fides, backing legislation banning sanctuary cities and a version of an E-Verify program, two movement conservative priorities.

While the demographics of the district play against Hicks, he has run a legitimate campaign, with fundraising and some endorsements that bode well for his future, if not in November, then the party at large.

Hicks, endorsed by former President Barack Obama and current Agriculture Commissioner Nikki Fried last month, has raised nearly $75,000 through Sept. 18, according to records kept by the state Division of Elections. He had nearly $55,000 of that sum on hand at that time.

Byrd, despite having attained national visibility for policy moves, is ahead in the money race, but not by a margin consistent with the party registration edge.

Whether the election result reflects that or not is an open question. Neither side is circulating internal polling, and the district has not been publicly polled.