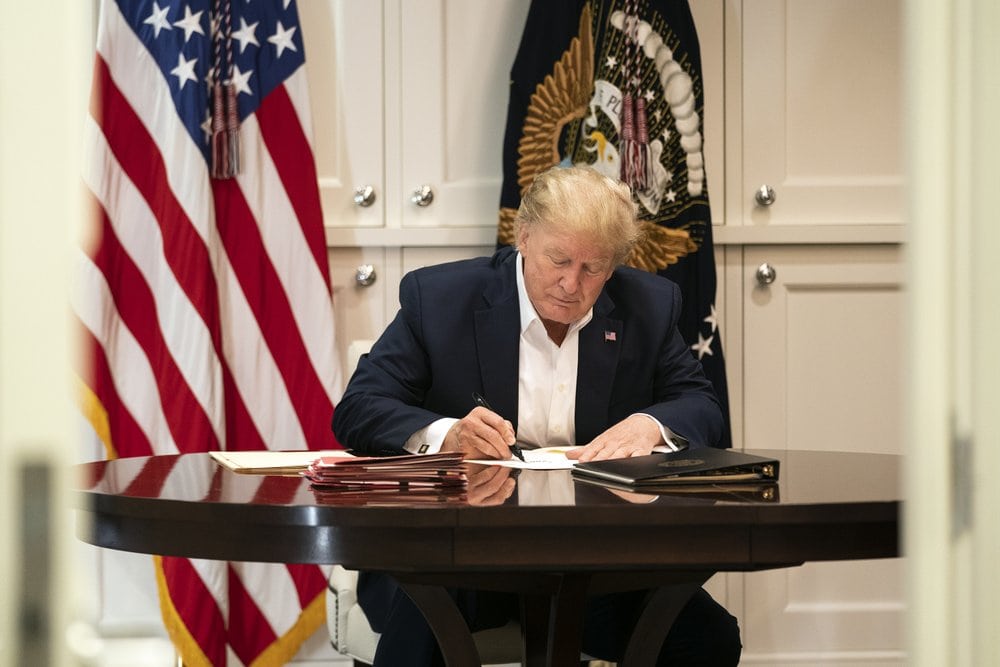 The survey of 1,000 Florida voters, conducted by Sachs Media, shows nearly all Floridians are aware the President and First Lady have contracted the virus. Of those polled, 94% believe the diagnosis is true, rather than a “conspiracy designed to distract voters,” the survey said.

Beyond that, however, the divisions begin to show.

Roughly 59% of those surveyed believe the President’s diagnosis will not impact the election. On the other hand, a sizable portion believes it will.

Notably, 84% of Florida voters said Trump’s COVID-19 diagnosis has made no difference in their voting preference while only 1% reported being swayed by the diagnosis.

Trump’s handling of the pandemic has remained a point of contention among American voters at-large. In a recent video of Trump speaking from Walter Reed Medical Center, he defended his decision to continue campaigning and holding large events during the pandemic.

The Sachs Media survey shows 64% said Trump’s diagnosis shows he “should have done more to encourage people to wear face masks and social distance through this pandemic.” That view is held by 96% of Democrats, 79% of non-partisans, and 35% of Republicans.

With less than a month left before the election, Florida is considered a must-win for both Trump and Vice President Joe Biden.

In all, the survey reports that 47% of Florida voters favor Biden while 45% favor Trump. Notably, 7% of Republicans, 4% of Democrats, and 13% of non-partisans said they are undecided.

White House physician and Navy Cmdr. Dr. Sean Conley on Sunday said Trump “has continued to improve” and may be released as early as Monday.