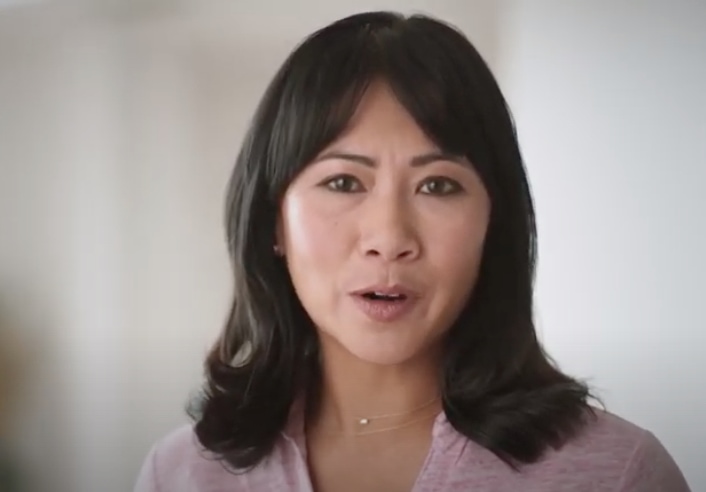 Murphy’s 30-second spot “Undivided” touches on several points within the theme of bipartisanship and unity that could be offered to defuse hits from her Republican opponent in Florida’s 7th Congressional District, Leo Valentin.

Chip Harris, Murphy’s deputy campaign manager, said the ad is on cable in Orlando and is the first installment of a much larger six-figure persuasion campaign that will ultimately include multiple platforms throughout the Orlando area in both English and Spanish.

The campaign said the ad would begin running Tuesday and would run through the Nov. 3 election.

The spot begins with video of Vietnamese refugees on a boat, probably like the one she and her family were on when they fled that country when she was a baby. She and her family and others on their boat were rescued by the U.S. Navy and brought to the United States, where they settled.

“My family escaped communism in search of the American Dream,” Murphy says in the ad using words that would make her seem unlikely to be associated with the Democrats’ radical-left wing.

Unlike Valentin’s first TV ad, a Spanish-language spot released in late September, Murphy does not attack her opponent directly, and certainly not by name. However, she implies general criticism.

“Now, our nation is being torn apart by COVID, a faltering economy, and divided politics,” she declares, after the boat scene switches to video mostly of her, with a couple of cut-ins to emphasize points.

CD 7 covers Seminole County and parts of northern, eastern, and central Orange County. Once a deep red district, it has been evolving over the past decade or so. The latest book-closing numbers posted by the Florida Division of Elections give Democrats a 5-point advantage in voter registration. Still, Murphy has been careful throughout her first two terms to position herself as bipartisan and a moderate on many issues. Valentin has sought to characterize her as in line with Speaker Nancy Pelosi and “radical” Democrats.

“I’m Stephanie Murphy. I’m proud to be recognized as one of the most effective, bipartisan Members of Congress but that’s just a start. We need less partisanship and more patriotism to heal these divisions,” she says. “I approve this message because we’ll live up to the promise of this great nation when we stop fighting each other and start working together.”

previousEquality Florida, Step Up for Students team up to provide LGBTQ awareness training