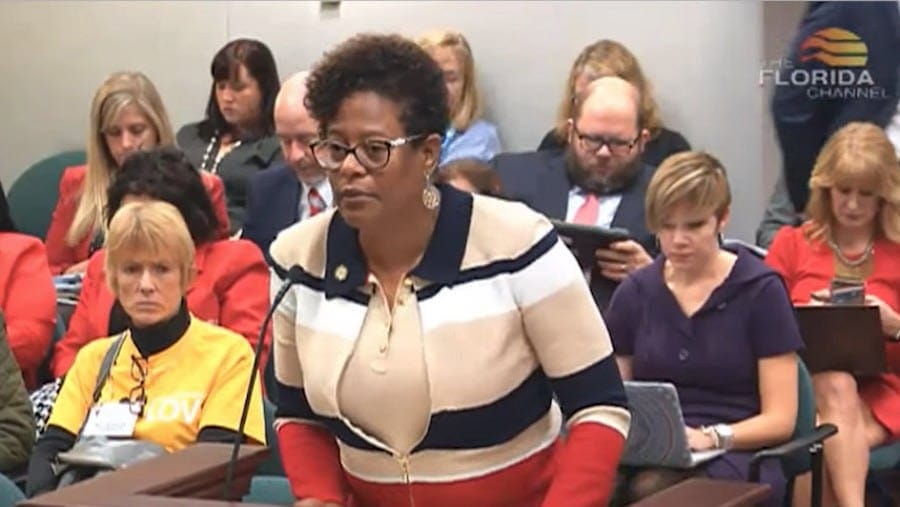 Daniels has made several controversial comments, such as thanking God for slavery.

Daniels endorsed Bovo earlier this week at an event in South Florida. Daniels, a Black Democrat from Jacksonville, was ousted from her role as a state Representative in the August primary.

She’s arguably been the most conservative Democrat in the state Legislature and has courted ire from Democrats over several outrageous statements during her work as a preacher. Some of those remarks — including thanking God for slavery and opposing legal protections for LGBTQ residents — were highlighted by the Levine Cava campaign in a Wednesday release.

“For a community like ours that prides itself for its diversity and respect for all walks of life, it’s highly offensive that Steve Bovo would not only welcome this endorsement, but stands shoulder to shoulder in our community with someone who was recently rejected by Jacksonville voters for her extremist views and highly divisive agenda,” said Levine Cava Senior Advisor Christian Ulvert.

“This endorsement only reaffirms that Steve Bovo is out of touch with Miami-Dade voters and the values we expect in our next Mayor. He owes our residents answers as to where he stands with Kim Daniels and her extremist agenda.”

Bovo has largely run as the more conservative option in the race, while Levine Cava has attracted plenty of Democratic support. Daniels bucked that trend by endorsing Bovo Monday.

“It is no secret that foundational Christian values are constantly under attack in America,” Daniels said in a speech explaining her decision to support Bovo.

“I’m here because he represents all people and he has a [track] record of supporting issues important to believers. As a Black, female preacher, I am proud to stand with this great leader.”

Daniels’ comments on slavery garnered national attention. She made the remarks, along with allusions to her previous drug use, at an Ohio sermon.

“I thank God for slavery,” Daniels said according to a transcription from Snopes.

In 2018, Daniels also sought to amend Florida law to lessen charges for 19-year-olds who have “sexual relations with a 14 or 15-year-old.” That law covers various offenses such as “sadomasochistic abuse, sexual bestiality, prostitution, or any other act involving sexual activity.” Daniels’ amendment would have meant a violation by a 19-year-old would result in a civil citation. It failed in the House.

Florida Politics reached out to the Bovo campaign to see if they endorse Daniels’ prior controversial positions. No reply was given prior to publication.