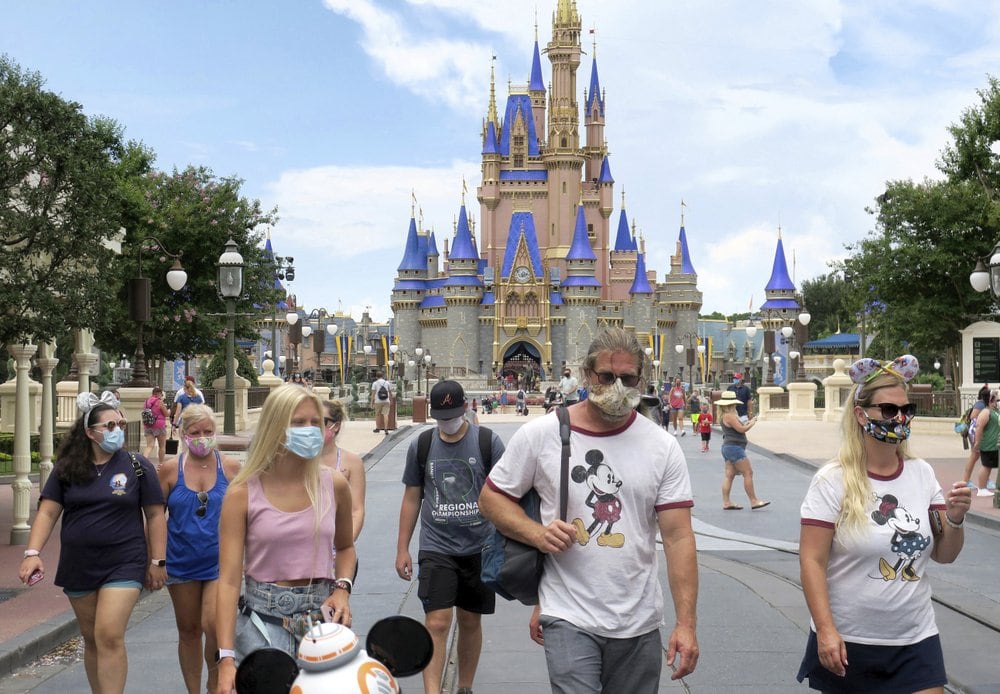 The consortium of unions representing most Walt Disney World employees said Wednesday they have negotiated a deal that could hold jobs for all full-time union employees there who were facing possible layoffs because of the coronavirus crisis.

The Service Trades Council Union, which is comprised of six affiliated unions representing about 43,000 Walt Disney World workers, said Thursday that the work contract update gives full-time workers the rights to keep their existing job if it is available, based on seniority, or move into another full-time job somewhere in the massive Orlando-area resort.

Part-timers too will get some protections. They’ll be given call-back rights if their jobs are renewed anytime in the next two years, and they’ll accumulate seniority rights while they’re out of work, the unions state in a news release issued Wednesday.

Under the agreement, there will be no permanent layoffs, the unions said. Union employees who are laid off in the future will retain their employment, seniority, rate of pay including any scheduled increases, and right to return back to their previous job until Oct. 1, 2022.

The deal would require some union workers to switch jobs, so that hotel housekeepers might wind up in merchandise sales, for example. There also are no guarantees that pay rates would be maintained. But any full-time union employee willing to switch jobs should be able to find one, the union said.

“I am really proud of this agreement we have negotiated,” said Jeremy Haicken, president of UNITE HERE Local 737, one of the six unions.

On Sept. 29, Disney announced it would lay off 28,000 people at its California and Florida resorts. California took the greater hit, as those parks remain closed because of the coronavirus pandemic. On Oct. 5 the company advised state and local officials that it intended to lay off at least 6,390 non-union employees in Florida and that number could grow, based on union negotiations.

Those non-union employees include front-office executives, clerks and others in business operations. Those jobs were not protected by the union agreement announced Wednesday.

The unions contended the agreement puts Disney’s union employees in a much better place than workers at Central Florida’s other theme parks, resorts and big hotel operators, where there are no union contracts, and the layoffs there can be permanent.

“These are unprecedented times. It is unfortunate anytime a worker is laid off and the mass layoffs that Disney is facing are extremely difficult for thousands of cast members. We will continue to do everything we can to ensure their speedy return to work. We are proud to secure healthcare for all full-time cast members and proud to preserve the seniority and recall rights of every cast member under our agreements,” Matt Hollis, President of the Service Trades Council Union, stated in the news release. “